PARIS (Reuters) – Air fares have fallen as much as 30% since the start of the year in North America and Europe, according to the first of a new series of industry data, while stabilising on a smaller decline in Asia where some coronavirus lockdowns are being eased. FILE PHOTO: […]

PARIS (Reuters) – Air fares have fallen as much as 30% since the start of the year in North America and Europe, according to the first of a new series of industry data, while stabilising on a smaller decline in Asia where some coronavirus lockdowns are being eased.

The figures here from Skytra, an Airbus-owned (AIR.PA) airline hedging business, offer early clues to the difficult recovery awaiting airlines as they prepare for an eventual lifting of restrictions on what is likely to be a changed travel market.

After flatlining for weeks, forward bookings show small improvements for May travel between Asia and Europe or North America, and positive U.S. domestic reservations for the winter holidays. But they are still down more than 75% on last year.

The data sends a more ominous signal on fares – days after Ryanair (RYA.I) boss Michael O’Leary predicted that a traffic rebound would be driven by heavy discounting.

Skytra’s figures show Asia pricing in decline since February, followed by a slump in the United States and Europe last month that is steeper and ongoing, as airlines slash fares on the few flights still running.

The findings reflect a rolling average of economy fares on departed flights within each region that were booked over the preceding month, drawing on data for 83% of air travel by value.

“As the COVID-19 crisis took hold we saw prices soften in most markets, as any remaining capacity in service is being discounted,” Skytra said in a report.

“While the Asia-Pacific market seems to have bottomed out about 15% lower than could be expected for this period, we can see that the trend in North America and Europe continues with prices down 30% and 25%, respectively.”

As of April 8, average yields – a proxy for fares expressed in revenue per passenger kilometre – had dropped to 10.7 U.S. cents in North America from 15 cents a year earlier, and to 14 cents in Europe from 19.4 cents. In Asia-Pacific they fell to 9.6 cents from 11.8.

Apart from the Asian intercontinental and U.S. holiday reservations, there is little sign of any revival in forward bookings, Skytra’s Tringham said in an interview. “Europe is not showing any green shoots right now.”

Reporting by Laurence Frost in Paris; Additional reporting by Tim Hepher in Paris and Josephine Mason in London; Editing by Leslie Adler

Fri Apr 17 , 2020
LONDON (Reuters) – A new breed of trading algorithms has deftly navigated the turbulence in currency markets caused by the coronavirus pandemic, driving up demand for robots and potentially reshaping the world of foreign-exchange dealing beyond the crisis. FILE PHOTO: A woman wearing a protective face mask walks past a […] 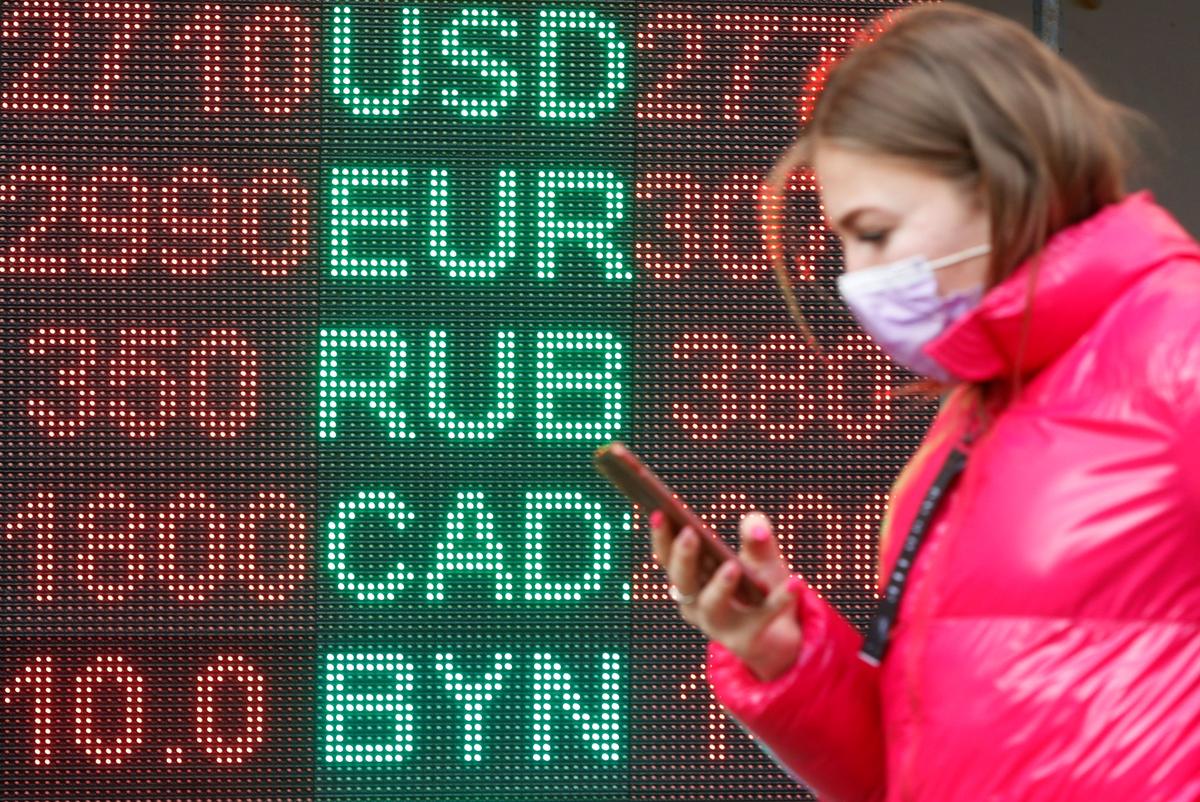