The Financial Conduct Authority forced Wirecard Card Solutions to halt all regulated activity after its German parent company collapsed into insolvency, before lifting the restrictions the following week.

The move, announced with only a few hours’ notice, left millions of customers unable to use payment cards issued by WCS or access cash stored in their accounts. Some of the hardest hit included victims of human trafficking and modern slavery who rely on funds from a government scheme that was an indirect Wirecard customer, according to representatives for these individuals.

The FCA took action to protect customer deposits and ensure money could not be transferred back to WCS’ parent company, which is embroiled in one of postwar Germany’s biggest accounting frauds after warning that €1.9bn in cash was missing from its accounts.

We need to make sure that adequate contingencies are in place if this happens again.

However, the UK regulator had only partial information on who would be affected by its move. The FCA holds records on the number of accounts where WCS acts as an “e-money issuer”, but a person familiar with its operations said it was possible for WCS to provide other third-party services to card issuers, which did not show up in the regulator’s records.

The FCA also had no data on what proportion of WCS’ e-money account holders would be considered vulnerable, because firms are only required to make sure they treat any such individuals “fairly”.

Several WCS customers, such as Pockit and Morses Club’s U Account, specialise in consumers who are unable to access mainstream banking services. Prepaid cards and e-money accounts have become increasingly important over the past few years as cash usage has declined, enabling the 1.5m UK adults without bank accounts to access digital payments.

One client of the Anti Trafficking and Labour Exploitation Unit, a legal non-profit body, had to rely on leftovers from a Red Cross food parcel for three days after the UK government was also caught up in the problems.

“We need to make sure that adequate contingencies are in place if this happens again,” said Rebecca Kingi, a legal aid lawyer at the ATLEU. “Even a short delay in financial support for someone who is surviving on as little as £35 per week can cause huge harm.

“Given that Wirecard has been in trouble for some time now, we are not sure why the FCA’s restrictions seemed to take the Home Office’s . . . providers by surprise.”

The case highlighted the complex supply chains that make it harder for regulators to keep track of parts of the payments system. The Salvation Army provides subsistence payments to victims of human trafficking on behalf of the government. It uses prepaid debit cards supplied by B4B Payments. B4B is regulated by the FCA as an authorised payments institution but does not have an e-money licence, so relied on Wirecard as the ultimate issuer of its cards.

The Home Office and Salvation Army said they had contingency plans including paying victims through cash handouts or bank transfers. However, the prepaid cards had originally been introduced because many victims are ineligible to open bank accounts, and restrictions during the coronavirus pandemic had made it difficult to quickly disburse cash.

In a letter to the FT earlier this week, Antony Elliot, founder of the Fairbanking Foundation, said the Wirecard affair showed how vulnerable customers were receiving “second class protection” from the FCA.

“Far better scrutiny is required of the regulatory gap to ensure the financial services industry is meeting the needs of vulnerable customers,” he wrote.

An FCA spokesperson declined to comment. Existing regulation puts the onus on financial firms to identify and manage their third-party risks.

Last week, the regulator announced new guidance designed to improve governance and ensure customer funds are properly protected. The regulator also said firms should be more careful when selecting and appointing third-party service providers such as WCS, and were told to review their providers “as often as appropriate”.

Mon Jul 13 , 2020
BAE Systems has put its UK suppliers on notice of a major shake-up by saying it expects to make far greater use of innovative manufacturing techniques in its next generation combat aircraft. BAE has set targets for 30 per cent of the components of the Tempest fighter jet to be […] 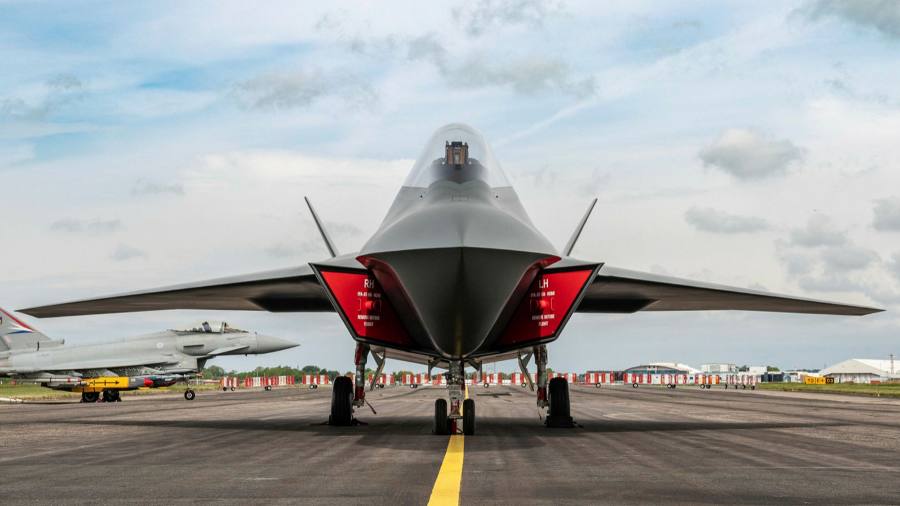