Advice given to people taking out equity release loans is “not up to scratch”, the UK’s financial regulator has warned, as it highlighted concerns over the risks for consumers seeking to turn their housing wealth into cash. Publishing the findings of a review on Wednesday, the Financial Conduct Authority said […]

Advice given to people taking out equity release loans is “not up to scratch”, the UK’s financial regulator has warned, as it highlighted concerns over the risks for consumers seeking to turn their housing wealth into cash.

Publishing the findings of a review on Wednesday, the Financial Conduct Authority said the market was working well for many customers but it had found examples where companies were not giving personalised advice, were failing to make sure customers understood the decision they were taking, and were not recording evidence of the advice they had given.

Equity release mortgages are structured so that interest rolls up and is only paid back after the borrower goes into care or dies. The chief attraction is freedom from making monthly interest payments for most equity release customers. But the costs of compounding interest can be high, the FCA said, as well as the costs of ending a contract ahead of time.

The coronavirus crisis had reinforced the need for advice to be individually tailored, it said. “Since the completion of our review, the coronavirus (Covid-19) pandemic has placed new pressures on people’s finances and there is anecdotal evidence of more interest in equity release,” it said.

When this uptick was first detected in mid-April, FCA chief executive Chris Woolard told the FT it was likely to have been caused by parents and grandparents seeking to help children hit by the Covid-19 economic crisis. But he said the regulator wanted to ensure proper advice was given to homeowners as this was the “the first time as investors they have experienced such a shock within markets”.

He stressed that FCA guidance was to avoid rushing into decisions on releasing equity. “Historically, this may be a low point in the market . . . this is the sort of error we don’t want to see people making,” he said.

In its latest review, the FCA said it had come across cases where advice had not differentiated between, for example, people in their 50s who were still working and borrowers who had retired and were on a fixed income. Younger borrowers typically run up a much bigger burden of interest because the loan lasts for many more years than those taken out by older customers.

There were also instances of borrowers having significant surplus income that might give them access to more conventional mortgage options, but this was given no weight in the provider’s final recommendation, which was focused solely on their wish to avoid monthly interest payments. There was little evidence in some cases that borrowers understood the implications of their decision.

Jonathan Davidson, FCA executive director of supervision, retail and authorisations, said an individual borrower’s circumstances determined whether the decision to sign up to an equity release loan or “lifetime mortgage” made sense or not.

“It is therefore critical that advice offered to consumers looking at lifetime mortgages is suitable to their personal circumstances. It is clear from our review that advice being offered to such consumers, including some vulnerable consumers, is still not up to scratch.”

In its response to the FCA report, the Equity Release Council said the market was helping to meet important social needs. David Burrowes, council chairman, said there was “work to do to make sure this is a universal characteristic, but to give some context, equity release makes up fewer than 2 per cent of complaints about home finance products and, of 38 complaints made to the Financial Ombudsman Service in the last year, only two were upheld.”

The regulator said it planned further work to assess the quality of advice in equity release and warned companies to do better. “Where we find breaches of our rules we will, in line with our general approach to supervision, take the necessary supervisory action.”

The equity release industry has grown steadily in the past decade, with nearly £4bn lent in 2019, up from £946m in 2009, according to the Equity Release Council, the industry body. Some 86,000 customers released equity in 2019 and the average sum taken out by those opting for a “lump sum” lifetime mortgage was £97,000. For the more popular “drawdown” type of mortgage, the average was £64,000.

Wed Jun 17 , 2020
B&Q owner Kingfisher has reported a surge in sales after the chain saw “exceptional demand” during the lockdown period. Chief executive Thierry Garnier said people were taking on DIY projects as they were spending more time at home and had fewer leisure and travel options. Kingfisher said like-for-like sales for […] 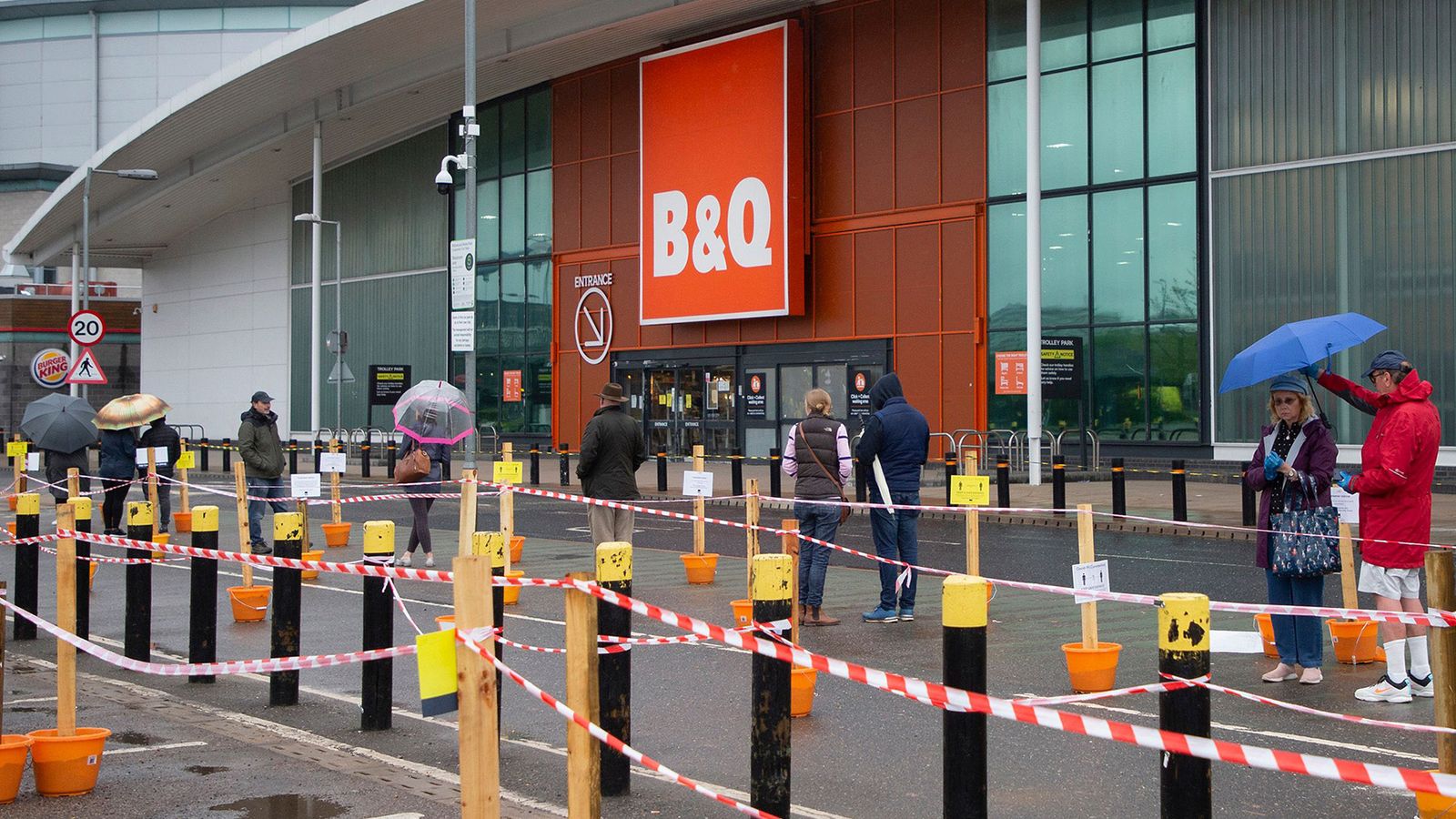