Mark Gurney, one of the owners of Salon, Larry’s and Levan, three south London restaurants, is relieved that August is almost over.

For a business operating on wafer thin margins after months of enforced closure during the coronavirus lockdown, the government-backed discount dining scheme, which ends on Monday, worked in terms of boosting sales. But it almost pushed his staff to breaking point.

“It’s had a huge impact on bringing people out to eat. We were doing Friday and Saturday covers on Monday and Tuesday,” Mr Gurney said. But, he added, it had heaped pressure on staff “because you get absolutely slammed on those nights and you are just picking yourself up after the weekend”.

Across the hospitality sector, businesses from fine dining restaurants to café chains have heralded the success of chancellor Rishi Sunak’s UK-wide ‘Eat Out to Help Out’ initiative, one of the measures designed to boost the UK’s service-focused economy.

But early data from the industry tracker CGA suggests that while the scheme helped most food outlets, midmarket restaurant chains that have the space and systems to deal with administering the offer benefited most.

Despite the operational pressures, Mr Gurney said the scheme had been “a real bonus” — so much so that he fears what will happen come autumn when no discounts are on offer and the weather turns. He did not recruit more staff to deal with the demand as he was concerned he would have to let them go again in September.

Operators across the board said the strategy of encouraging the public to leave their homes and spend money had worked. It has also pushed hospitality businesses, which have furloughed more staff than any other sector, to bring employees back to work.

More than 64m meals were claimed throughout the first three weeks of the initiative, which allowed customers to receive a government-backed 50 per cent discount off food and soft drinks up to a £10 cap on Mondays to Wednesdays in August.

But despite this being almost equivalent to the UK’s entire population eating out once, restaurants and pubs said the scheme had come as a mixed blessing.

Elizabeth Shenton, manager of Santana, an Italian pizzeria in Newcastle, said that she would be “glad when it’s over” and that like many small businesses she had struggled to keep up with processing the receipts.

Meg, a 21 year old student who works as waitress at a pub in Somerset reflected a common complaint among staff that customers have been unusually difficult.

“People haven’t appreciated that there are inevitably going to be longer waits on food and a quick table turnover, and as a result myself and some of my colleagues have been sworn at, shouted at and just experienced general rudeness,” she said.

Christine Zhou, an analyst at RBC, suggested that while the discount had been relatively straightforward for bigger operators to manage, the biggest issue for independent businesses remained “survival”.

Greene King, the 2,700 site pub group said that it had made up to £9m worth of claims in the first two weeks of the scheme. Data from CGA published on Friday showed that midmarket restaurant chains, such as PizzaExpress and Wagamama, had registered year-on-year sales growth throughout the month.

Across the board, revenues at restaurants, pubs and bars increased on average 19 per cent week-on-week during August, according to the CGA figures. But bars and pubs that do not serve food saw little, if any, benefit as the scheme excluded alcohol. Their sales were down as much 40 per cent on last year’s levels.

After the summer boom, operators now fear a tough winter.

David Page, chief executive of Fulham Shore, which runs the Franco Manca and Real Greek chains, described Mr Sunak as “a saint” and said sales across his restaurants had doubled compared with August last year. But he cautioned: “I’m not sure it will change people’s behaviour forever”.

Alasdair Murdoch, chief executive of Burger King UK, agreed the spike in demand would quickly evaporate with the scheme winding up. “I think people will revert so we will lose that volume for sure,” he said. “But people will go out a bit more than they [were] before,” he added.

Despite calls for the scheme to be extended, the Treasury has said it has no plans to continue bankrolling the offer leaving operators to decide whether to fund a discount themselves.

“The government should extend the scheme into September to continue building confidence, bring customers out who have been on holiday and also as schools return,” said Martin Wolstencroft, chief executive of Arc Inspirations, which runs 17 bars across the north.

Arc is among those, including the steak chain Gaucho, casual dining group Prezzo and pub company Oakman Inns, that have decided to continue to offer discounts at their own cost.

But there is reluctance among many operators to take the hit by extending the offer as they worry that customers would become too accustomed to low prices.

“It’s undoubtedly a great scheme [but] when you can’t get that £10 off it starts to look very expensive especially when economic hardship kicks in,” said Simon Stenning, an adviser to businesses including Chez Roux and Pret A Manger.

Jeremy King, the restaurateur behind London’s Wolseley and Delaunay brasseries, said that it would be too much of a cost while restaurants were still recouping cash after the lockdown period.

His main concern was encouraging consumers back into city centres where, despite taking part in the ‘Eat Out’ initiative, trade is still at unsustainably low levels with UK workers lagging much of the rest of Europe in returning to offices.

People are still avoiding town centres across Britain, with numbers on the high street down a third on average, according to figures from the data company Springboard.

As the scheme concludes, the sector faces a series of other challenges: an end to the government’s moratorium on evictions by landlords for unpaid rent, the further winding down of the furlough scheme and summer coming to an end. The warm weather has encouraged consumers to eat outside where risk of transmitting the virus is less.

Mr Gurney warned that despite the revenue the scheme had generated, his business was still “in survival mode”, adding: “What will happen come October when people say I’ve got literally no money and I don’t want to go out? It’s either feast or famine.”

UK Tories must spell out what they stand for economically

Sun Aug 30 , 2020
The writer, a senior adviser to former UK chancellors Philip Hammond and Sajid Javid, is a partner at Flint Global; he writes in a personal capacity. Rishi Sunak, the UK chancellor, has faced the biggest recession in a century. He may well look back on that as the easy bit. […] 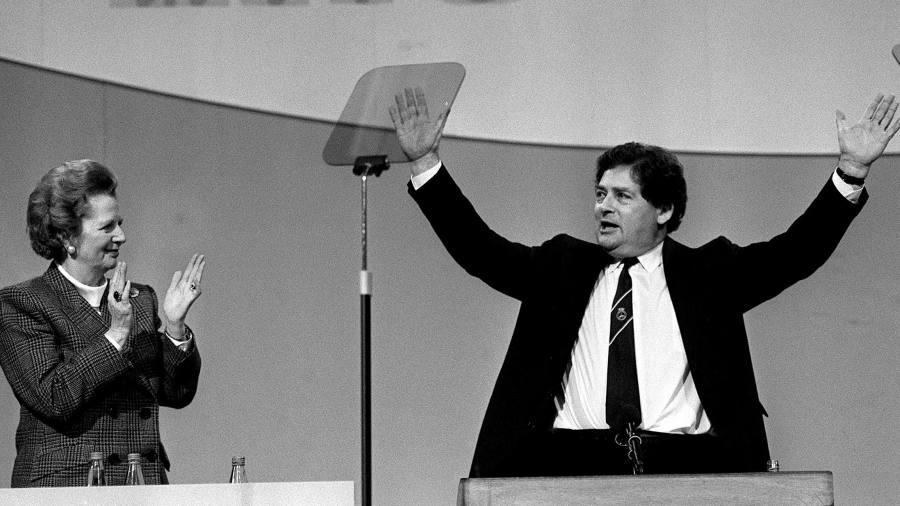