MILAN (Reuters) – Fiat Chrysler (FCHA.MI) is in talks with Italian lender Intesa Sanpaolo (ISP.MI) over a 6.3 billion euro (5.61 billion pounds)state-guaranteed loan to help the automaker weather the coronavirus crisis, a source close to the matter said on Friday.

Fiat Chrysler (FCA) has gradually restarted its operations in Italy since the end of April, after the crisis triggered by the virus virtually erased demand for new vehicles, pushing manufacturers to temporarily halt most production and burn cash.

The loan, which is part of emergency liquidity measures the government is making available to the country’s businesses, must be approved by Intesa Sanpaolo’s board, the source said.

If approved by the lender, the request will be reviewed by Italy’s export credit agency SACE, through which the state provides its guarantee, and then by the Treasury for a final green light, the source added.

News that FCA was exploring a state-backed loan was first reported by MF daily on Friday.

FCA, which has its legal headquarters in the Netherlands, runs several plants in Italy and may qualify for the government scheme which offers more than 400 billion euros worth of liquidity and bank loans to companies hit by the pandemic.

Companies using Rome’s scheme for state guarantees on loans must refrain from approving dividend payments for a year.

FCA and Peugeot owner PSA (PEUP.PA), which have struck a binding merger agreement to create the world’s fourth largest carmaker, earlier this week said they would not pay their planned ordinary dividends on 2019 results, worth 1.1 billion euros each, due to the COVID-19 pandemic.

However, as part of the tie-up deal, FCA is also due to pay to its shareholders a special dividend of 5.5 billion euros just before the closing of the merger, which the two groups confirmed was expected before the end of the first quarter of next year.

In the first quarter of this year, FCA’s industrial free cash flow was a negative 5 billion euros. But FCA said it had available liquidity of 18.6 billion euros as of March 31, including a 6.25 billion revolving credit facility which was fully drawn down in April.

Fri May 15 , 2020
FILE PHOTO: The headquarters of Wirecard AG, an independent provider of outsourcing and white label solutions for electronic payment transactions is seen in Aschheim near Munich, Germany April 25, 2019. REUTERS/Michael Dalder FRANKFURT (Reuters) – Shares in Wirecard (WDIG.DE) fell more than 13% to their lowest in more than two […] 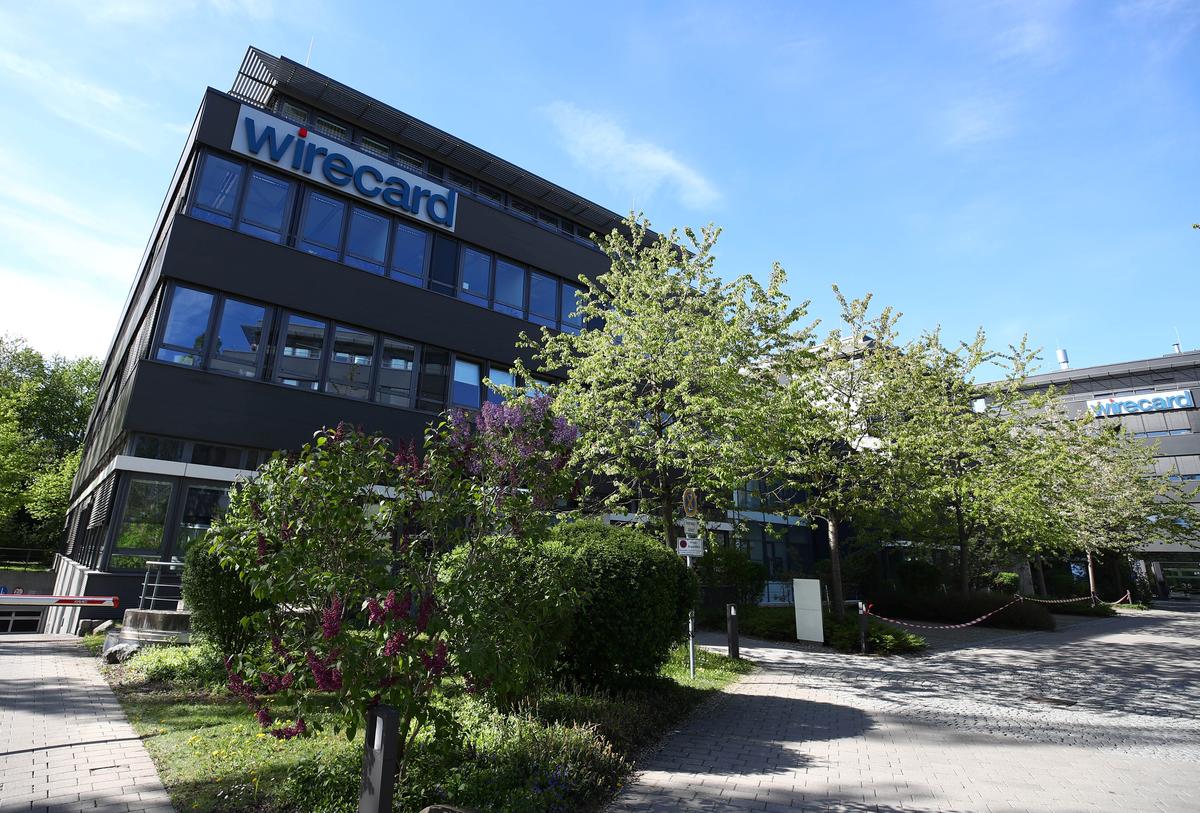