LONDON (Reuters) – Tesco’s (TSCO.L) finance chief, who helped steer the group from an accounting scandal to a successful turnaround, is to retire, setting the stage for an entirely new top executive team at Britain’s biggest retailer by next May. FILE PHOTO – Tesco Chief Financial Officer, Alan Stewart speaks […]

LONDON (Reuters) – Tesco’s (TSCO.L) finance chief, who helped steer the group from an accounting scandal to a successful turnaround, is to retire, setting the stage for an entirely new top executive team at Britain’s biggest retailer by next May.

Alan Stewart will depart next April, Tesco said on Tuesday, six months after CEO Dave Lewis is due to step down and be replaced by Ken Murphy, a former executive at healthcare group Walgreens Boots Alliance (WBA.O).

Tesco was on its knees in September 2014 when Stewart left Marks & Spencer (MKS.L) to join the supermarket group as chief financial officer. The accounting scandal knocked millions off Tesco’s profits and billions from its share price.

In April 2015 the group reported an annual loss of 6.4 billion pounds ($8 billion), one of the biggest in British corporate history.

“Along with Dave Lewis, he (Stewart) is a key component in effectively saving Tesco,” said Shore Capital analyst Clive Black.

Tesco said in its statement that Stewart had led its corporate restructuring, rebuilt its balance sheet, guided it back to investment grade and played a huge role in the financial transformation of the business in the last six years.

Stewart will leave on April 30, 2021, and the board will now conduct a thorough search both internally and externally to identify a successor, it said.

That means from May 2021, Tesco Chairman John Allan will have a totally new main board executive team.

Tesco said Stewart has been granted “good leaver” status for his various deferred bonuses and share schemes, conditional on him not taking up employment as a director, consultant or adviser with retail sector competitors for six months after he leaves.

Tue Jun 2 , 2020
WASHINGTON (Reuters) – In November 2015, the shooting death of Jamar Clark by Minneapolis police touched off a debate on race and economic inequality that challenged the city’s progressive image and led local corporate leaders to back efforts at better sharing the spoils of a booming Midwestern state. A man […] 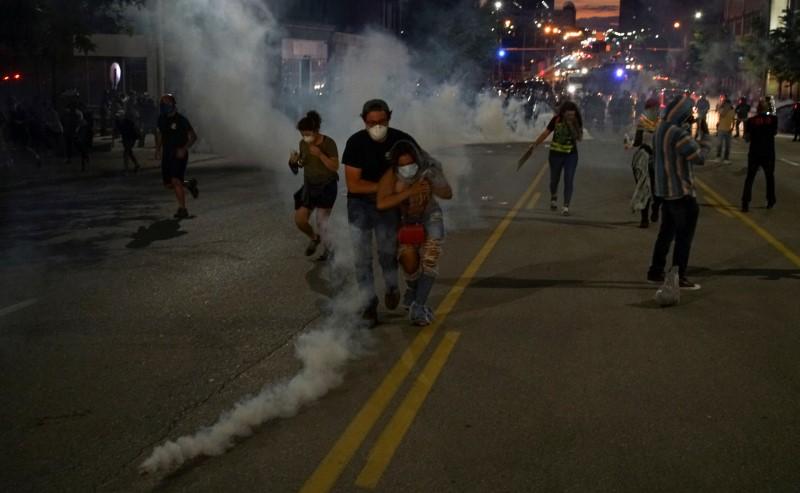