The head of the UK’s Financial Ombudsman Service has dismissed critics and defended its approach to handling customer disputes after the body was accused of in effect forcing lenders out of business by encouraging huge volumes of complaints.

In an interview with the Financial Times, chief executive Caroline Wayman said the organisation had always “carefully investigated complaints as we are required to do”, and spent “considerable time” explaining its decisions to affected companies.

The service is designed to adjudicate on consumer and small business complaints about financial firms, but has been accused by some in the industry of being able to regulate companies out of existence by setting new precedents for loans that were previously within the rules.

In its annual results in July, subprime lender Amigo Loans put aside more than £100m to deal with potential complaints, citing the ombudsman’s “evolving interpretation of appropriate lending decisions”. James Benamor, Amigo’s outspoken founder, has pledged to take the FOS to court if shareholders vote him back on to the board later this month.

One person close to Amigo said: “The behaviour is encouraging a reluctance to lend money to those who need it because firms don’t know the regulatory environment they’re going to encounter at some point in the future.”

A report by the All-Party Parliamentary Group on Alternative Lending earlier this year highlighted “significant unease” about the FOS among non-bank lenders. Peter Reynolds, director of investor relations at Non-Standard Finance, told the APPG that the industry was “under siege from [an ombudsman] that is applying its own interpretation of FCA rules”.

The majority of Britain’s payday lenders have already collapsed or closed over the past three years due to the volume of complaints. In addition to compensating customers, firms must also pay the FOS a £550 fee for each case which is investigated after the first 25 every year, charges which provide the majority of the organisation’s funding.

Ms Wayman said “we very much recognise the impact [we] can have on businesses”, but added “it remains our job to weigh up all the evidence and decide what is fair”.

The FOS has spent much of the past decade dealing with mis-sold payment protection insurance, a scandal which cost the UK banking sector more than £50bn. The organisation was expected to shrink after a deadline for PPI complaints passed last year but has recently seen an influx in new complaints linked to coronavirus.

Ms Wayman said she was particularly concerned about a rise in the number of consumers in financial distress. She said there was already a “noticeable” increase in messages from people who had fallen behind on loan repayments or were struggling with unaffordable debts, despite the fact banks had offered payment holidays on many products and the furlough scheme had delayed any significant increase in unemployment.

“We do think we will get ever busier,” she added.

The service has previously been criticised over its handling of more complex disputes, including a damning 2018 documentary by Channel 4 in which employees admitted rushing through cases to meet targets and ruling in favour of banks because it was easier than persuading them to pay compensation.

Ms Wayman stressed that an independent review concluded that the FOS provided “an effective and essential service”, but said it had “continued to build our expertise” since the criticism.

However, she acknowledged there were still shortcomings in some areas, including a backlog of cases and long waiting times for consumers to receive decisions.

“We’re still keen to reduce the waiting times . . . We’re making good progress but of course we have to make sure the quality of our service is very high,” she said.

Tue Sep 15 , 2020
The UK government is preparing to extend coronavirus measures preventing restaurateurs and retailers from being evicted from their premises by landlords until the end of the year. Government officials are examining how to prolong the existing ban on evictions of commercial property tenants by landlords from its current expiry date […] 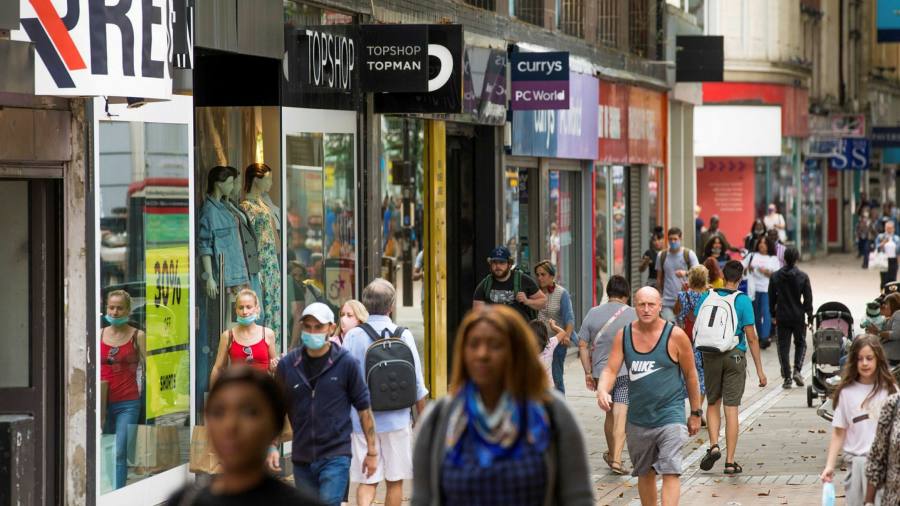