The global economy may have hit bottom. Indicators published this week provide some small, tentative, signs that economies that had been closed are recovering, or at least no longer shrinking, as lockdowns ease. A survey of economic sentiment by the European Commission found that investor and consumer confidence had begun to bounce back. Stock prices have recovered as markets price in the return of consumers and workers.

This, unfortunately, may be premature. Further shocks will probably hit the economy as furlough schemes for employees and government support to businesses come to an end. An increasing number of companies have announced permanent redundancies: Boeing, the American aircraft manufacturer, revealed plans to cut 12,000 workers this week, soon after Rolls-Royce, the engine maker, announced 9,000 job cuts. The International Labour Organization estimates that the number of hours worked worldwide will drop about 11 per cent in the second quarter of 2020, equivalent to 305m full-time jobs.

Supporting the recovery is not in opposition to public health priorities. The best way to promote spending is to persuade consumers they are safe going out and mingling with others — and the best way to do that is to bring the virus under control and hold it at bay. Without that confidence many will stay away from trains, restaurants and cinemas even when lockdowns end as they fear catching and spreading the virus. Second waves and the requirement to reimpose lockdowns would compound the economic damage from the first wave.

The risk is that the drop in economic activity becomes self-sustaining even if the virus begins to recede. Workers losing their jobs and businesses cutting back on investment can themselves prompt further job losses and drops in capital spending as consumer spending falls, expectations for growth weaken and businesses retrench. The trade war between the US and China, and the economically damaging form of Brexit the UK has chosen, will likewise hamper growth in the months ahead.

This is why the extraordinary levels of spending that governments have adopted to fight the crisis will need to continue, but shift to supporting the recovery rather than encouraging workers to stay home. Finance ministers will also need to change the focus from keeping people at home, through furlough schemes and the like, to getting them out to work, play and shop.

Consumption tax cuts are the fastest way to put money into the pockets of shoppers and businesses, needing very little time to provide a boost to the economy. Over the longer term, however, governments should think about how to switch from trying to preserve pre-lockdown economies to a long-term strategy for transformation, which could mean building in resilience to infrastructure projects or supporting the green transition. France’s support for the car industry, which includes subsidies for electric vehicles and support for research into hydrogen power and self-driving cars, provides an example.

Developed economies will inevitably be reshaped by the coronavirus pandemic. Much of that will be from the bottom up as businesses and individuals learn more about how to work from home or operate in an era of social distancing. Governments have a chance to reshape economies as well and invest for the next 10 or 15 years, whether through retraining programmes or infrastructure spending. For the sake of workers right now, as well as their children, that opportunity must be seized.

EU recovery is 'no battle between frugal and free-spending' states, says Spain

Thu May 28 , 2020
MADRID (Reuters) – European Union leaders must reach a deal fast on a recovery fund to avoid a long and painful recession for a region shattered by the coronavirus pandemic, Spain’s foreign minister said. Spanish Foreign Minister Arancha Gonzalez Laya reacts during an interview with Reuters at the Ministry of […] 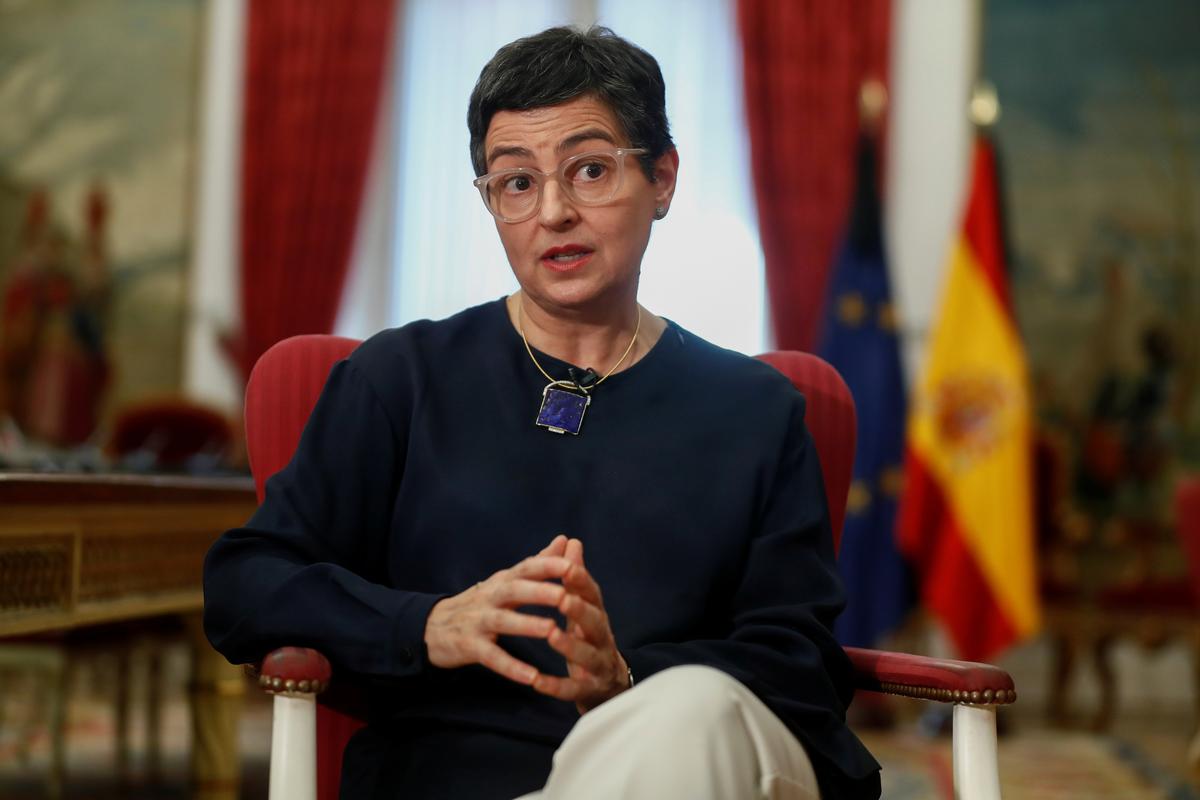