U.S. dollar bank notes are arranged for a photograph on September 7, 2017 in Hong Kong. studioEAST | Getty Images A resurgent dollar held on to overnight gains on Tuesday after virus fears and worries about U.S. stimulus drove a wave of selling in just about everything else. The dollar […]

A resurgent dollar held on to overnight gains on Tuesday after virus fears and worries about U.S. stimulus drove a wave of selling in just about everything else.

The dollar rose 0.6% against the euro, 0.9% against the Aussie and even made gains against the safe-haven currencies of the Japanese yen and Swiss franc.

Against a basket of six major currencies the greenback hit a six-week high and held just below that in early Asian trade at 93.547. Gold fell against the rising dollar.

“The equity selloff gathered quite dramatic momentum during the European day and the risk-averse characteristics of the U.S. dollar really came to the fore,” said National Australia Bank head of FX Ray Attrill.

The heaviest selling was in financials, after a fresh dirty money scandal embarrassed global banks, but soon spread to other sectors and asset classes amid worries about possible new lockdowns as Covid-19 cases spread.

Investors are also fretting that the chances of more fiscal stimulus in the U.S. are ebbing as campaigning dominates the political landscape.

“A lot now depends on whether or not what we’ve seen in the last 24 hours is sustained,” said Attrill. “There’s good reason to think that we could be in for a multi week period where the dollar at least stops declining.”

Some of the dollar buying moderated as stocks rallied off session lows into the Wall Street close, but a clearer picture may have to wait until the London open, with another public holiday in Japan lightening volumes in Asia.

The Norwegian krone, which was slammed 2% lower as oil prices also slid, sat near a two-month low hit overnight.

The euro held just above a six-week trough at $1.1766, while sterling was fragile at $1.2818 amid talk of fresh restrictions in Britain as virus cases grow.

Britain will face an exponentially growing death rate within weeks unless urgent action is taken to halt the outbreak, the country’s senior medics said on Monday.

The Telegraph newspaper reported Prime Minister Boris Johnson will encourage Britons on Tuesday to go back to working from home.

Perhaps the most confounding move overnight was the swift unwinding of gains in the yen made during Asian trade.

The Japanese currency has been among the best performing majors this month as jitters in stock markets have driven safe-haven demand. But it slipped from a six-month high of 104 per dollar to 104.68 as investors crowded into dollars.

“It’s not uncommon with sudden yen moves that it’s driven by domestic asset managers coming in to buy foreign assets at the lows, and buying dollars to pay for them,” said Stuart Oakley, a London-based executive at Nomura.

“But I don’t really know what is behind this particular bounce,” he said.

“My own personal view is this is all just a correction within a major trend for stronger asset prices in the U.S. and a weaker dollar, with the uber-easy U.S. monetary policy the overwhelming driver of everything.”

Also on Monday, U.S. President Donald Trump told thousands of supporters at a political rally that he was rebuffed by officials when he asked about adjusting the exchange rate of the dollar in response to what he described as currency manipulation by China.

Tue Sep 22 , 2020
Boris Johnson’s plans to impose a 10pm curfew on pubs and restaurants have been described as a “crushing blow” for the hospitality sector. The new measures are set to be enforced from Thursday across England, amid concerns that social distancing rules aren’t respected late at night. But Kate Nicholls, the […] 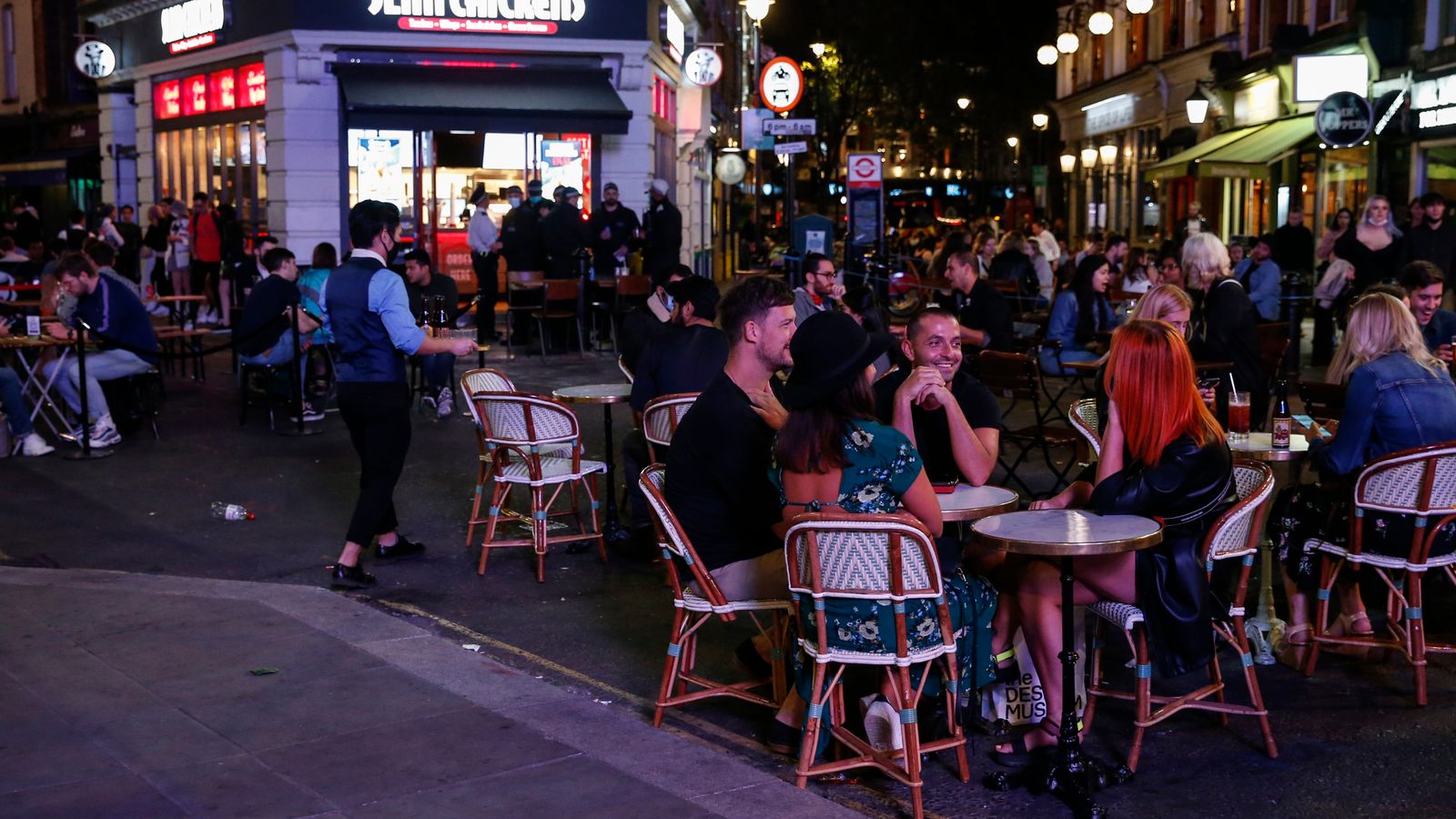