The dollar held gains against the yen on Wednesday ahead of data expected to show U.S. manufacturing activity and hiring continued to recover from the economic shock caused by the coronavirus pandemic.

The euro was hemmed into a narrow range as traders awaited data on Germany’s manufacturing sector, retail sales, and the jobless rate to gauge the health of the eurozone economy.

A surge in coronavirus infections in the U.S. south and southwest has worried some market participants, but most investors are betting this will not be enough to derail a broader rebound in the global economy.

“The dollar will be supported against the yen if U.S. economic data are positive, but U.S. yields are not rising much because of speculation about yield curve control,” said Shusuke Yamada, head of foreign exchange and Japan equity strategy at Merrill Lynch Japan Securities.

“The euro looks stable, but there are questions about Brexit and the pace of economic reopening, which means the euro could soon be overvalued.”

The dollar traded at 107.83 yen in Asia on Wednesday, close to the highest in three weeks.

The mood for the yen soured after Bank of Japan data showed business sentiment fell to an 11-year year low.

The euro held steady at $1.1238. Against the British pound, the common currency traded at 90.75 pence following a 0.9% decline on Tuesday.

Sterling bought $1.2386 as it held on firmly to the previous session’s gains, but traders may be reluctant to buy the pound further due to worries about Britain’s trade negotiations with the European Union.

The U.S. Institute for Supply Management’s purchasing managers’ index (PMI) for manufacturing due later on Wednesday is forecast to show that activity in June continued to recover from an 11-year low marked in April, when the coronavirus paralysed large swathes of the global economy.

Investors also await the closely-watched U.S. nonfarm payrolls report on Thursday, which is expected to show the economy added 3 million jobs in June.

The onshore yuan was little changed at 7.0614 per dollar after the People’s Bank of China cut the re-discount and the re-lending rates to reduce funding costs for small firms.

Some investors are wary of diplomatic tensions over Beijing’s new security law for the former British colony of Hong Kong, which came into effect on Wednesday.

The dollar has managed to remain strong against the yen due to signs of economic revival, but the greenback has failed to make headway against commodity currencies, showing that some investors remain wary of downside risks.

Normally Treasury yields would rise due to an improving economy, but benchmark 10-year yields have moved in a narrow range around 0.65% since mid June, when Federal Reserve Chairman Jerome Powell said policymakers discussed yield curve control, which can be used to cap bond yields.

The Australian dollar bought $0.6910 on Wednesday following a 0.5% gain on Tuesday.

The New Zealand dollar stood at $0.6463, also holding onto gains from the previous session.

The Swiss franc, a currency traditionally sought as a safe haven during times of heightened risk, also perked up against the greenback, which shows that positive economic data alone is not enough to support broad-based dollar gains.

The euro has lacked conviction amid mixed signals about the eurozone economy and limited progress in talks on the future trade relationship between Britain and the EU.

Data due later on Wednesday from Germany are expected to show retail sales in Europe’s largest economy fell at a slower pace but the manufacturing sector continued to contract, which could hurt sentiment for the euro.

Wed Jul 1 , 2020
An aerial view of oil tankers anchored near the ports of Long Beach and Los Angeles amid the coronavirus pandemic on April 28, 2020 off the coast of Long Beach, California. Mario Tama | Getty ImagesRelated Posts:Coronavirus, U.S. services sector data in focus Oil prices rose on Wednesday after an […] 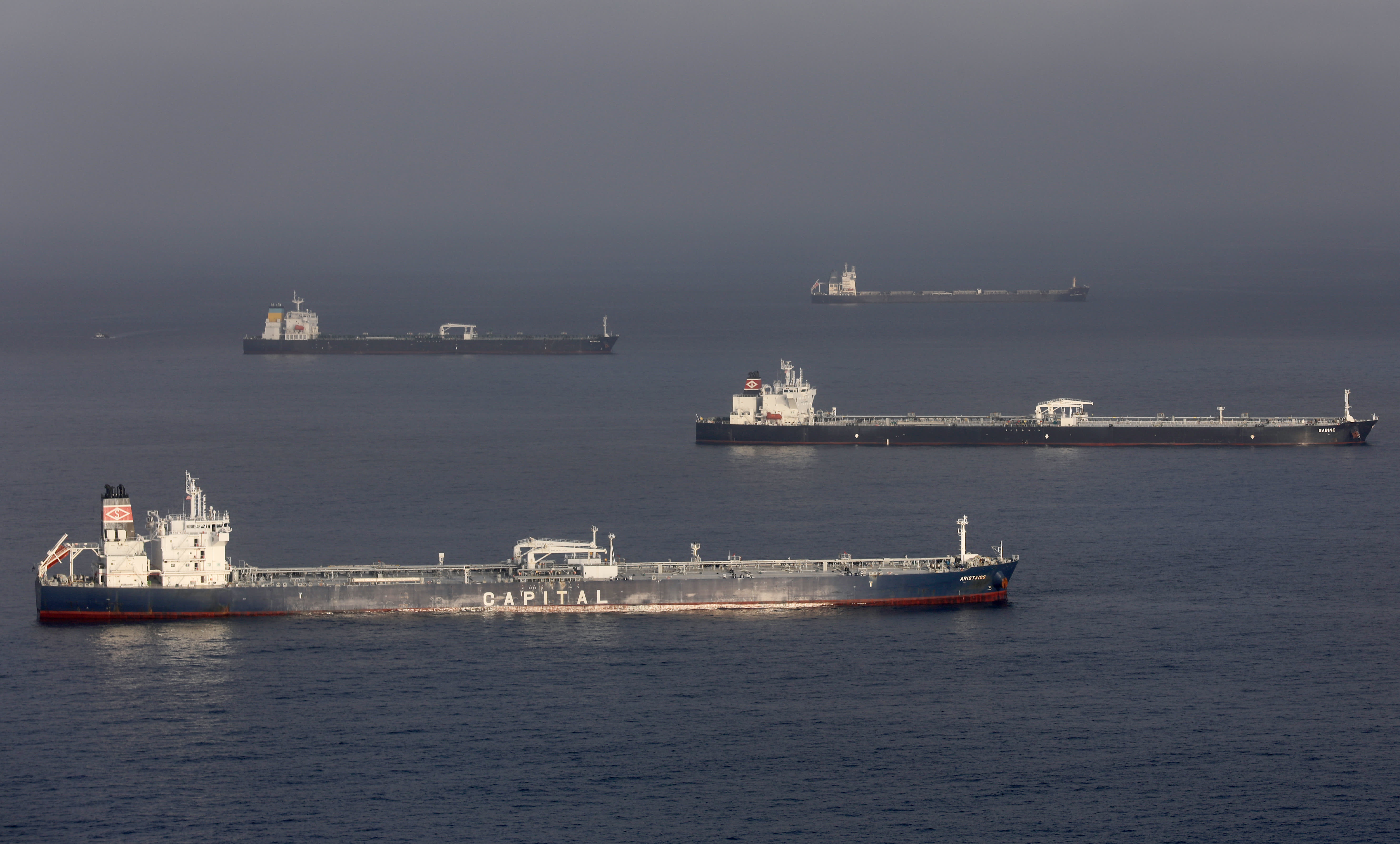