(Reuters) – A plunge in U.S. crude oil below zero knocked down the commodity-heavy FTSE 100 on Tuesday, with oil majors BP Plc (BP.L) and Royal Dutch Shell (RDSa.L) falling about 3%.

After dropping to as much as negative $40 a barrel for the first time in history on Monday, U.S. crude CLc1 remained in sub-zero levels for the second session as plunging demand in the wake of the coronavirus outbreak squeezed storage facilities. [O/R]

The dramatic fall sapped risk appetite globally, pushing the benchmark .FTSE down 1.5%. The wider oil and gas index .FTNMX0530 fell 3.1%, adding to the more than 41% decline so far this year.

“It’s a sensible reaction (from equity markets). It’s fairly clear the technical conditions that drove the move yesterday,” said Ian Williams, economics & strategy research analyst at Peel Hunt. “But demand is not going to come back anytime soon. We could get a repeat performance next month.”

The oil crash was the latest evidence of the damage the health crisis has wreaked on the global economy. Investors will look for more proof of the hit in corporate earnings and economic data due this week.

Europe’s biggest bank HSBC (HSBA.L) cut a number of top management roles in its investment bank, despite wider firing freeze, according to memos seen by Reuters. Its shares were down 2.4% amid broader weakness for banking shares.

The world’s largest listed miner, BHP Group (BHP.AX), (BHPB.L) fell 3.6% after it warned that global steel production excluding China could drop sharply this year due to the pandemic even as it maintained iron ore production forecast.

Data released earlier showed UK job growth slowed in March, in an early sign of the impact of the coronavirus shutdown on the labour market.

Primark-owner Associated British Foods (ABF.L) fell 3.3% after it scrapped its interim dividend payout and said it could not provide full year 2019-20 earnings forecast.

Among the few gainers was the London Stock Exchange owner (LSE.L), which rose 0.8% after saying it was committed to completing its $27 billion takeover of data and analytics firm Refinitiv in the second half of the year.

Reporting by Devik Jain and Sruthi Shankar in Bengaluru; Editing by Saumyadeb Chakrabarty and Sriraj Kalluvila

Speculative bet or inflation hedge? Bitcoin in the coronavirus crisis

Tue Apr 21 , 2020
LONDON (Reuters) – Bitcoin has fared better than stocks but worse than gold and U.S. Treasuries during the coronavirus pandemic, with investors ascribing its performance to speculative bets and bids to hedge against inflation linked to stimulus measures. FILE PHOTO: A small toy figure and representations of the virtual currency […] 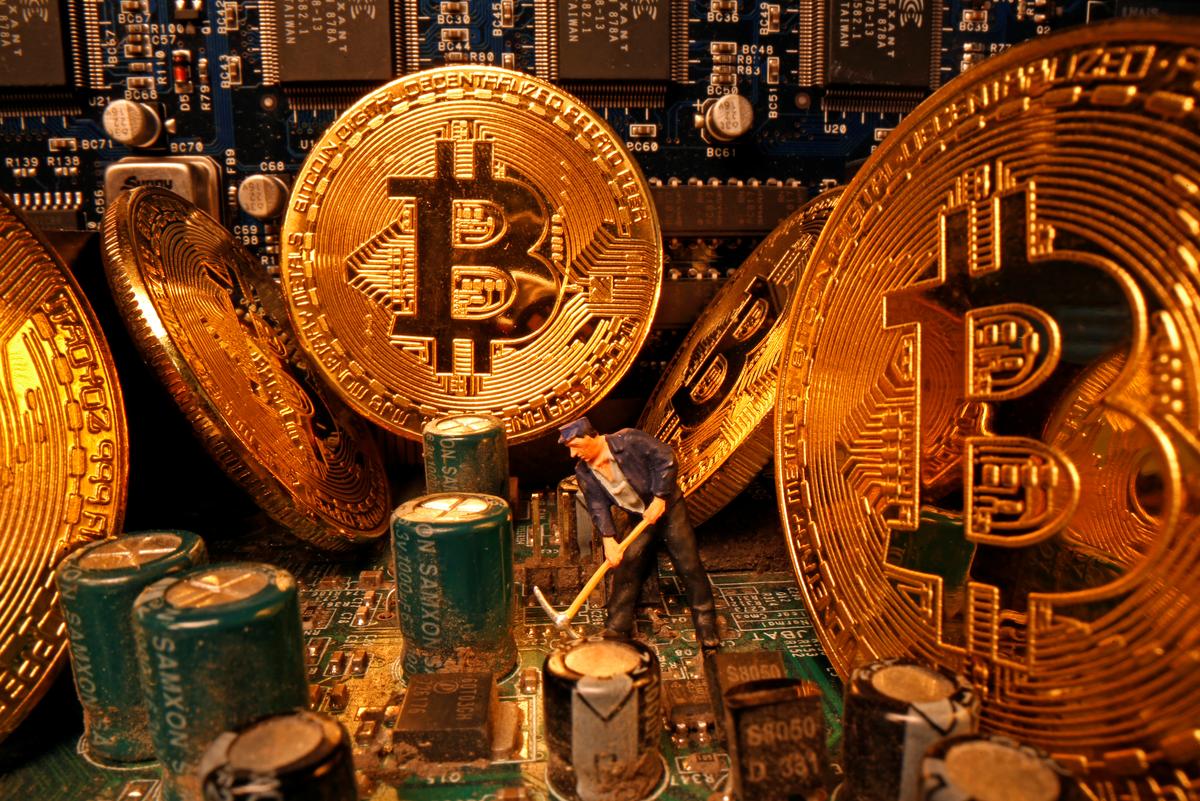