The FTSE 100 may have fallen today, dragged lower by heavyweight Royal Dutch Shell, but the index of Britain’s biggest 100 listed companies has still notched up its best quarter in nearly a decade.

The 9.07% returned by the index during the last three months is better than anything achieved since the 12.85% gain enjoyed during the three months to the end of September 2010.

Among the star performers have been Ocado, the online grocery delivery firm, which is up some 66% during the quarter.

Ashtead Group, the world’s biggest plant and tool hire firm, rose by some 54% during the quarter.

Kingfisher, the owner of Screwfix and B&Q and which recently returned to the Footsie, rose by a similar amount.

And Flutter Entertainment, the owner of Paddy Power and Betfair, put on 48%.

There were not too many fallers during the quarter but Rolls-Royce, the aircraft engine maker, HSBC, the banking giant and Whitbread, the owner of the Premier Inn budget hotel chain, were among the more notable decliners.

While the Footsie’s gain during the quarter sounds impressive, compared with other major stock indices around the world, the UK index has been something of a laggard.

In the Asia-Pacific region, the Nikkei 225 in Tokyo rose by 17.8% during the quarter while the ASX in Sydney rose by 16.2%, its best gain since the three months to September 2009.

The stand-out performance in the region came from the KOSPI in South Korea, which rose by 20.2%, closely shading the 19.8% gain enjoyed by the Nifty 50 in Mumbai.

The CSI 300, which covers the top 300 stocks on the Shanghai and Shenzhen stock markets, rose by 12.9% during the quarter.

Only the Hang Seng in Hong Kong, which rose by 3.5% during the quarter, failed to join the party in a meaningful way, perhaps understandably, given concerns over the security crackdown in the territory.

On Wall Street, meanwhile, US stock indices have enjoyed a blistering quarter.

The S&P 500 and the Dow Jones Industrial Average are each set to have had their best three month run since 1998.

Both remain down on 2020 as a whole while the Nasdaq has actually risen by more than 5% on the month and, alone among global stock markets, is showing a gain on the year as a whole of more than 15%.

It is on course to complete its best quarter since 2001.

So why has the Footsie underperformed its European peers?

Partly because it does not contain many constituents in the tech sector – which is regarded as having thrived during the lockdown.

All are among the smaller companies in the index.

Compare that to the DAX, whose single most valuable member is the software giant SAP, but which also includes the chipmaker Infineon Technologies.

The disgraced payments processor Wirecard features too – although that will have acted as a drag on the index.

By contrast, the Footsie is heavily weighted with oil and gas stocks, a sector that has performed badly during the quarter.

Another big Footsie heavyweight, HSBC, fell by 16.7% during the quarter as investors fretted about the impact on the bank’s earnings of China’s security crackdown on Hong Kong.

Stock indices on the continent were not dragged down in the way the Footsie was by some of its heavyweights.

Total, the French oil major and the closest thing in the CAC-40 to BP or Shell, fell by just by just 3.9% during the quarter while the heaviest fall suffered by any CAC-40 member during the quarter was the 5.9% reverse incurred by the aerospace, transport and defence group Thales.

Some of the European stock indices will also have benefited from their greater exposure to a potential recovery in China – the first major global economy to emerge from the coronavirus tunnel.

It is often argued that the FTSE 100 is one of the most international of stock indices but the DAX’s constituents – the likes of Volkswagen, BMW, Continental, Henkel, Siemens and Adidas – derive a greater proportion of their earnings from outside Germany than the Footsie’s do from outside the UK.

Away from some equity markets, other assets have also done well during the quarter.

In currencies, for example, the Australian dollar rose by more than 11% during the three months, its best quarterly showing since 2010.

That reflected rising optimism for prospects in China, which is also a key trading partner of New Zealand, whose dollar rose by 7.7% during the quarter -its best showing since mid-2011.

On the commodity markets, copper rose has risen by 25% during the last three months, turning in its best quarterly performance since 2009.

For those inclined to take solace in these things, this is an encouraging signal, for the red metal is nicknamed ‘Dr Copper’ by investors because of its uncanny ability to predict the health of an economy and where the economic cycle is heading.

Another commodity to have flourished during the last three months is gold, a traditional safe haven investment, which has just notched up its best quarterly performance for four years.

That was its second-worst quarterly performance on record, topped only by the murderous 27.6% fall during the final three months of 1987, the quarter that included the notorious ‘Black Monday’.

The big question is what lies in store for the second half of the year.

With central banks continuing to buy in vast amounts of government bonds, that ought to provide a floor to bond prices, although most analysts expect yields to remain unchanged between now and the end of the year.

Determining everything will be the extent to which the pandemic has been brought under control.

And that, too, is hard to call.

David Folkerts-Landau, group chief economist at Deutsche Bank, told clients this evening: “The next couple of weeks may tell us much about the how the rest of the pandemic develops.

“June has seen a renewed wave of the virus in some US states and it is starting to weigh on economic activity.

“The US is in the midst of two crises, a health crisis and a political crisis.

“The intense polarisation of US political life and the outbreak of racial strife is making the implementation of a consistent and comprehensive health care policy difficult.

“We believe that it will take relatively longer for the US to fight its way through the health crisis than it will for Europe.”

Add to that the fact that, during coming months, investors are going to have to grapple with the likely consequences of the US presidential election in November as well as a possible second wave of COVID-19 in some countries.

Tue Jun 30 , 2020
US sanctions targeting Huawei are “likely” to hit the Chinese telecoms equipment maker’s ability to supply 5G mobile phone networks in the UK, culture secretary Oliver Dowden said on Tuesday. The statement by Mr Dowden comes as the British government is weighing whether to reverse its January decision to allow […] 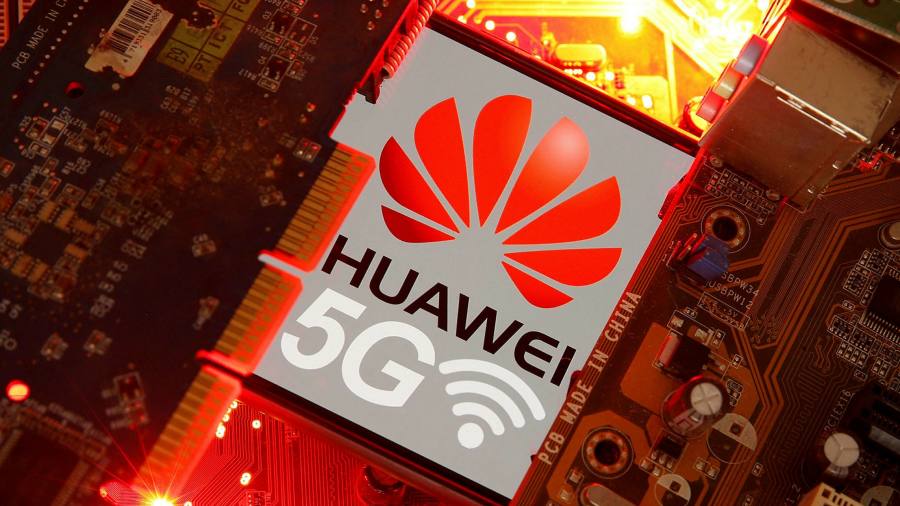