A pack of turnaround investors, private equity funds and food groups are vying to snap up Hovis, one of Britain’s best-known food brands, in a deal that could be worth well over £100m.

Sky News has learnt that firms including Endless, Epiris – the buyout firm which recently snapped up restaurant chains Bella Italia and Café Rouge – and Aurelius Equity Opportunities are among roughly half a dozen parties which have lodged indicative offers for Hovis.

The 134 year-old bread producer, which is partly owned by London-listed Premier Foods, was put up for sale three months ago by its controlling shareholder, The Gores Group.

Premier Foods, which owns Mr Kipling, Bisto and Angel Delight, is likely to use the sale process as an opportunity to sell its 49pc stake in the company, Sky News reported in June.

It wrote off the remaining value of its Hovis stake four years ago.

The auction has been timed to coincide with a turnaround in Hovis’s fortunes, which has been accelerated by a boost to sales during the coronavirus pandemic.

Hovis employs more than 2700 people and is focused on its bakery operations, having sold two flour mills in 2018.

A surge in demand for ambient food brands during the UK lockdown is understood to have benefited all of the major bread producers: Hovis, Kingsmill, which is owned by Associated British Foods, and family-owned Warburton’s.

Neither of its principal UK rivals would be likely to be permitted to acquire Hovis for competition reasons.

Food analysts have said they expected Hovis to command a price tag of between £100m and £150m.

Established in 1886, Hovis became one of Britain’s best-known food brands, cultivating a home-grown image with its famous 1973 television advert showing a boy pushing his loaf-laden bike up a steep hill.

It was named the UK’s most iconic TV commercial in a poll last year.

Like other producers, however, Hovis faces stiff challenges with the category in long-term structural decline as a growing number of consumers switch to bread-free diets.

The company has an estimated 28pc market share in branded and pre-packaged bread, with the UK’s broader bakery market said to be worth £4bn in annual sales.

Under the deal struck with Premier in 2014, Gores paid £30m for its stake, of which half was deferred and contingent on future performance.

It added that approximately £200m would be invested in Hovis over the next five years to improve its operational infrastructure and reinvigorate the brand.

The deal was motivated in part by Hovis’s declining fortunes and Premier’s strained balance sheet, which has also prompted it to sell other well-known brands during the last decade.

In its results for 2018, the latest period for which figures have been published, Hovis Limited recorded revenue of £460.9m.

The company said that while bread volumes were down 1.5pc year-on-year, profit margins had improved and earnings before interest, depreciation, tax and amortisation soared by 80pc to £14.6m.

Its most recent results are expected to be published shortly.

Hovis and the bidders declined to comment on the details of the process.

Sun Sep 13 , 2020
Boris Johnson has a penchant for pulling rabbits from his hat. Even as his government threatens to torpedo its future relationship with the EU, it is trumpeting its first substantial post-Brexit trade deal, with Japan. The agreement with Asia’s largest advanced economy highlights the potential opportunities for the UK outside […] 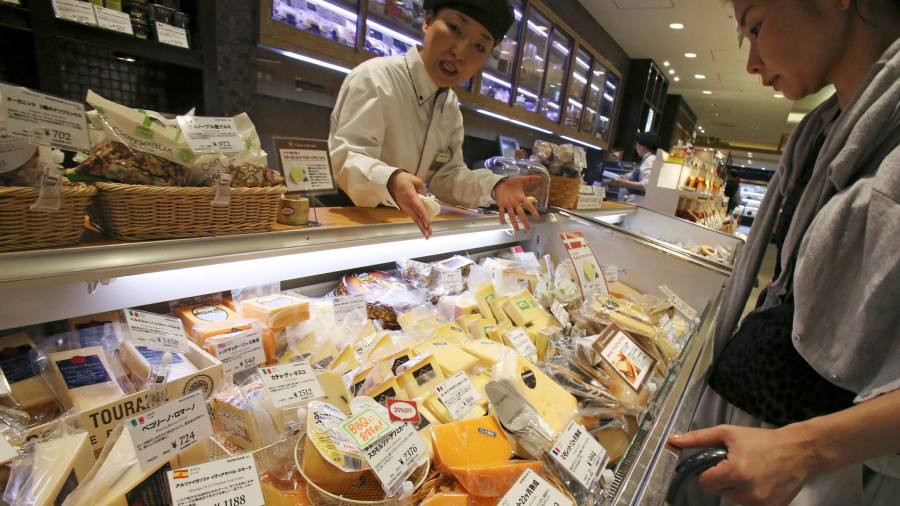