Further restrictions on social interaction will be needed to curb the spread of coronavirus in the UK, according to scientists advising the government who warned that the country has two weeks to prevent the number of cases soaring out of control. Returning to two-metre social distancing, the immediate closure of […]

Further restrictions on social interaction will be needed to curb the spread of coronavirus in the UK, according to scientists advising the government who warned that the country has two weeks to prevent the number of cases soaring out of control.

Returning to two-metre social distancing, the immediate closure of all indoor bars and restaurants and reducing the size of permitted gatherings are among measures proposed by some members of the government’s Scientific Advisory Group for Emergencies (Sage), speaking in their personal capacities.

The calls came as Mark Drakeford, first minister of Wales, told the Financial Times that Boris Johnson, prime minister, refused to advise people to limit their travel despite evidence that it is among the best ways to reduce the spread of coronavirus.

Susan Michie, professor of health psychology at University College London, said the latest restrictions were “far from what’s needed” to reduce the transmission rate, which, according to the Joint Biosecurity Centre, is high or rising exponentially.

Under new rules Mr Johnson announced on Tuesday, pubs and other hospitality outlets will be subject to a 10pm curfew, while fines for breaching the social gathering ‘rule of six’ have been increased to £200.

But Prof Michie said: “We needed to use the summer months to drive down transmission, we knew that otherwise it wouldn’t be safe to open schools. That wasn’t done, and predictably we are where we are now.”

“We’ve got two weeks in which to turn this around,” she added. “If we leave it much later, we’ll lose control, it’s absolutely urgent.”

Earlier this week, the government’s chief scientific adviser, Patrick Vallance, warned that the number of new daily cases could rise to 49,000 by mid-October, if the disease continued spreading at its current rate.

Catherine Noakes, professor of environmental engineering for buildings at Leeds university, said she was “not convinced” Mr Johnson’s measures would be sufficient to reduce the rate of infection.

“Working from home is a good measure because it limits people’s interactions a lot more but some of the other measures . . . will make zero difference,” she said. “All it’s done is stop things getting worse.”

Prof Noakes said she thought stricter measures on the size of groups and social bubbles would be needed, and that the government must consider shutting indoor restaurants and pubs. Prof Michie also suggested returning to the two-metre social-distancing rule.

Their sentiments were shared by fellow Sage member John Edmunds, professor of infectious modelling at the London School of Hygiene and Tropical Medicine, who said an early closing time for hospitality venues in Bolton had not reduced infections. He praised Scotland’s decision to ban households from meeting indoors.

“Contacts within each others’ homes are difficult to be made ‘Covid secure’ and so the additional measures put in place in Scotland are, in my opinion, certainly worth trying, although it does come at a high cost in terms of not seeing our relatives and friends.”

Foreign secretary Dominic Raab has defended the government, arguing that it has successfully balanced the country’s health and economic needs.

He told BBC’s Today Programme on Wednesday: “We listen to all the scientific advice and the truth is there will always be people who say we have done too little or too much.”

Meanwhile, Mr Drakeford said he urged Mr Johnson during a Cobra emergency committee meeting to tell the public to only travel if it was necessary.

The advice in Wales since the first lockdown ended has been to limit non-essential travel.

“I did try to persuade the prime minister yesterday. It would be hugely helpful if he too was to repeat the message we are giving and Scotland are giving about people thinking hard about the journeys they make,” Mr Drakeford said.

“Our scientists tell us the fewer people you meet and the fewer journeys you make, the safer you keep yourself and other people. It is not sophisticated science, is it?”

He said “the evidence is very strong” that reducing travel “suppressed the spread of the virus”.

Cardiff has now banned travel in and out of six local authority areas with high rates of infection without a valid reason in recent days.

But Mr Drakeford said a coach including passengers from Bolton, which has the UK’s highest level of infection, had arrived in Porthcawl, south Wales, on Monday. The hotel there turned them away as the town is part of the local lockdown area and sent them to Tenby in west Wales instead.

Mr Drakeford said: “It would be helpful if the prime minister had said, ‘think hard about those journeys, only do it if they are necessary’.”

Wed Sep 23 , 2020
September has been a cruel month for Rishi Sunak. Just weeks after the chancellor’s “eat out to help out” scheme that got people out in restaurants in August was hailed as a triumph, Treasury officials found themselves back in firefighting mode again, illustrated by confirmation on Wednesday that the autumn […] 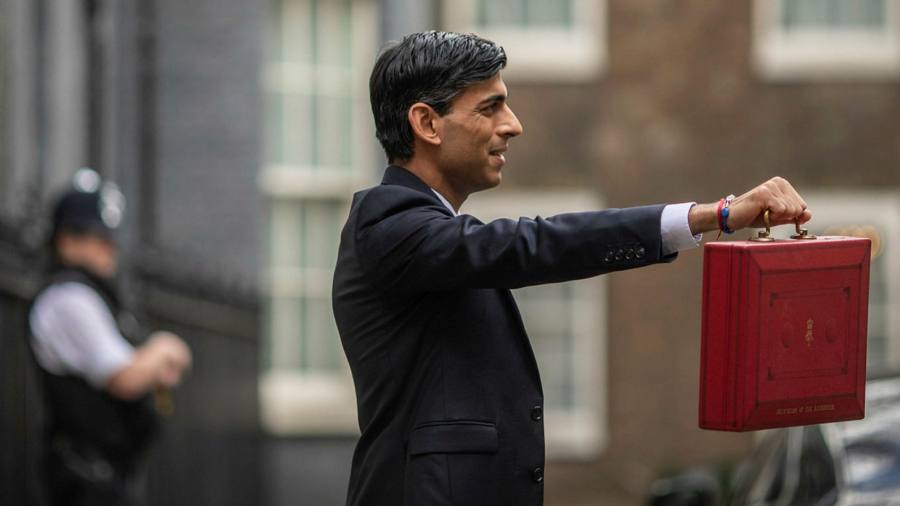