The weather at Gleneagles was foul, dreich in a way that only a Scottish summer’s day can be, but the British Isles were bathed in worthiness.

Bob Geldof had been singing in Hyde Park and Bono holding forth at the White House.  “Make Poverty History” wristbands sprouted across the land.

Up in Auchterader a British prime minister anxious for post-Iraq redemption succeeded in persuading the assembled leaders of the world’s richest states to write off much of the debt owed to them by its poorest.

Nearly 15 years after Tony Blair’s Gleneagles summit, charities are warning that an even bigger demonstration of largesse will be needed when representatives of the world’s 20 biggest economies meet again this week.

Held virtually, the G20 finance ministers’ meeting will have none of the pomp or expense lavished on delegates at Gleneagles — but, with the coronavirus epidemic threatening to unleash economic devastation on the developing world, the stakes are much higher.

Without massive debt relief and a global bail out for the developing world, half a billion people could be driven into poverty, according to Oxfam.

Facing a collapse in revenues as commodity prices plummet, tourists stay away and trade dries up, sub-Saharan Africa could be particularly hard hit. The United Nations calculates that half of the region’s jobs could be lost.

According to the UN, developing countries will need £2tn to support them through the Covid-19 pandemic.

It may seem a staggering sum, but campaigners point out it is only slightly more than the United States is spending to prop up its own economy.

Unlike the US, however, most poor countries do not have the economic firepower to pay their people to stay at home. Instead they face a terrible dilemma: they can either try to save lives or protect their fragile economies. Few can do both.

Some have chosen the latter option. Life continues almost as normal, for instance, in Tanzania, where churches were crowded on Easter Sunday and international flights in and out of the country were only suspended over the weekend.

But in countries that have chosen to implement lockdowns and curfews, the economic costs are already weighing heavily, with mounting evidence of hunger and desperation in several African cities.

Two women were trampled to death in Kenya on Good Friday after an attempt by a politician to deliver food in the Nairobi slum of Kibera triggered a stampede.

In some northern Nigerian cities, desperate youngsters have formed gangs to loot shops for food.

In order to prevent such incidents spiralling, rich countries will have to take urgent action now, campaigners say.

“Rich country governments must find the resources to help developing countries to avert catastrophe,” Oxfam warned in a statement. “It is the right thing to do, because if the virus is anywhere, it is everywhere.”

As a result of the Gleneagles summit, $117bn (£93bn) of debt owed by the world’s poorest countries — most of them in Africa — was cancelled.

Debt relief, coupled with increased investment from China, is credited with helping African economies recover: before Gleneagles, average annual growth stood at 3.2 percent, but afterwards it leapt to 5.5 percent.

However, in recent years, debt has soared again — across the continent, debt as a proportion of national income has doubled since 2015.

As a result, many African governments spend so much each year paying off their creditors, there is little headroom left to respond to a crisis like the coronavirus pandemic.

A debt relief package is therefore essential, according to Max Lawson, head of inequality policy at Oxfam – although African states will have to show their good will by guaranteeing the money is spent on fighting the virus.

“While sovereignty should be respected, the main donors should be seeking public undertakings that the money will be going into expanding health and social welfare systems,” he said. “This shouldn’t be a blank cheque.”

Western powers are showing signs of responding. The G20 group has signalled it will offer a moratorium of up to a year on debt repayments and will then look at the possibility of debt forgiveness on a “country-by-country basis”, a G20 official told the Financial Times.

Debt relief is much more complicated today than in the past, however. Until Gleneagles, most African countries borrowed either from multilateral organisations like the World Bank and the International Monetary fund or from rich states like Britain, the United States and other Western powers.

Today, however, China is Africa’s biggest state creditor; it is estimated to have lent the continent more than £110bn.

Although Beijing may agree to a temporary freeze on interest payments, it has been silent on the question of broader debt cancellation.

There is another difficulty, too. In the past decade African countries have also borrowed from the international bond market, from multinational banks, commodity traders and vulture funds.

Nearly a third of Africa’s debt is owed to private creditors, who charge a higher interest rate than bilateral lenders like Britain or multilateral ones like the IMF.

Yet gaining debt relief from commercial lenders, even if they were willing to oblige, is tricky: many loans are “syndicated”, meaning they are bundled together and owned by multiple lenders, all of whom would have to agree to debt relief.

Some African economists and politicians have called on the continent to declare a unilateral moratorium on payments to private creditors for the duration of the crisis.

But that would be a mistake, says Charlie Robertson, chief economist at Renaissance Capital, an investment bank, as it risks being seen as a default, leaving African governments without access to the private sector debt market for a decade.

Such credit will be vital once the crisis is over if Africa is to plug its infrastructure gap and industrialise.

He suggests a counterintuitive solution instead.

Freezing non-commercial debt payments will help some African states, particularly those that have borrowed heavily.

But what would benefit them even more is access to cheap credit: something Western states are now able to provide as their own borrowing drives down interest rates.

In other words, Africa should be borrowing more not less.

“Cheap borrowing seems to me to be the priority,” Mr Robertson said. “There is a selfish interest for the West to provide at-cost financing to African governments to manage their lockdowns and testing.”

Mon Apr 13 , 2020
The UK has become the first country to embrace the monetary financing of government to fund the immediate cost of fighting coronavirus, with the Bank of England agreeing to a Treasury demand to directly finance the state’s spending needs on a temporary basis.  The move allows the government to bypass the […] 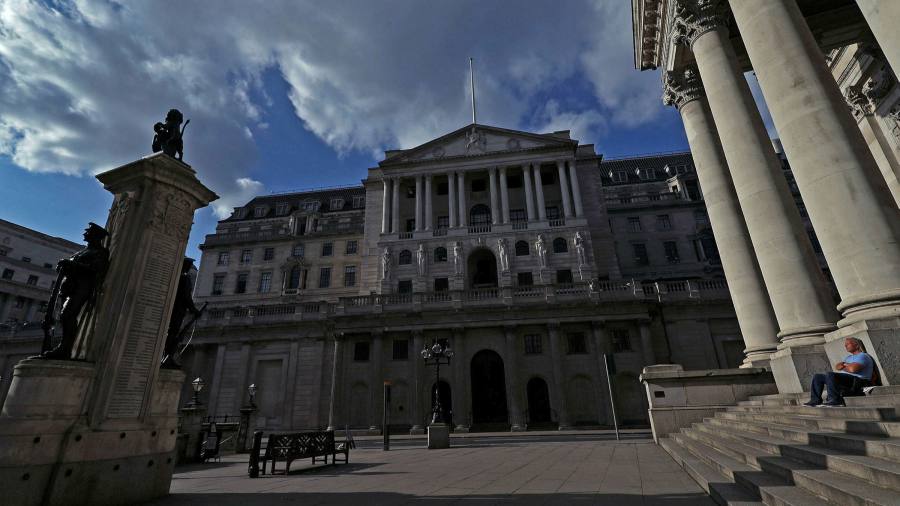