FRANKFURT (Reuters) – A landmark German court ruling will tie the European Central Bank’s hands in fighting current and future crises even if rate-setters eventually resolve legal concerns over trillions of euros worth of money printing.

FILE PHOTO: The skyline with its banking district and the European Central Bank (ECB) are seen, as the spread of the coronavirus disease (COVID-19) continues, in Frankfurt, Germany, March 31, 2020. REUTERS/Kai Pfaffenbach

Germany’s Constitutional Court ruled on Tuesday that the ECB overstepped its powers in gobbling up 2 trillion euros (1.74 trillion pounds)of government debt in the past five years, and gave the central bank three months to prove that the purchase scheme was necessary and “proportional”.

If the ECB fails, the Bundesbank must quit the scheme and sell its 533.9 billion euros worth of German government debt, the court said, setting the stage for potential mayhem in bond markets.

But even if the euro zone central bank eventually prevails, which appears to be the base case among market analysts, lasting damage has been done.

The ECB will struggle to expand stimulus any further and a fresh legal challenge to its recently launched Pandemic Emergency Purchase Programme (PEPP), a key tool to overcome the bloc’s coronavirus-induced economic meltdown, appears to be just a matter of time.

“If the (court) …took such a sceptical stance on the (long-running) Public Sector Purchase Programme, the PEPP, which relaxed many of the (PSPP) safeguards…, would probably meet an even harsher verdict in German courts,” Nordea said in a note.

This is more than a simple headache.

With the euro zone economy shrinking faster than feared, the bloc is all but certain to require more stimulus, including generous support from the ECB.

However, the hastily prepared pandemic purchase scheme ditched many of the rules the ECB observed in other programmes. Its purchases are not proportional to the size of euro zone economies, they are not capped at one-third of each country’s debt, some junk debt is included and fewer data is disclosed.

That suggests it is just a matter of time before the coronavirus-linked scheme is challenged, with the German academics who filed Tuesday’s suit – and have made it a mission to take the ECB to court over the past decade – prime candidates.

Markets took a similarly grim view. Italian bond yields jumped over 15 basis points while other debt on the euro zone periphery also took a hit as confidence was shaken in the ECB’s powers.

As soon as June, the ECB will be under pressure to increase the emergency buys and relax some of its rules even further, for example to include the purchases of non-investment grade corporate debt.

But Tuesday’s ruling is also likely to make it think twice about such a move in the hope of preempting legal challenges.

Such constraints make the ECB unique in its class. The U.S. Federal Reserve works hand in hand with the government to overcome the crisis and buys bond with no preset limit, a sort of discretion the ECB does not have.

“If the ECB keeps bending some of the technical constraints it could create some legal uncertainty, exposing the ECB to the risk of having to unwind some measures if the European Court of Justice rules against them in the future,” Fabio Balboni, a senior economist at HSBC Global Research said.

The ECJ had in 2018 backed the scheme that the German court turned against on Tuesday, and some suggest the ECB could respond by simply excluding the Bundesbank from purchases.

But any programme without Europe’s biggest economy will lack credibility and even question Germany’s commitment to the European project.

Once the pandemic is over, the next task will be to provide more classic stimulus – using the very tools put in doubt with Tuesday’s ruling.

“The verdict may make it more difficult to scale up its standard Public Sector Purchase Programme, once the emergency PEPP has ended,” Berenberg economist Holger Schmieding said.

Tue May 5 , 2020
NEW YORK (Reuters) – Thomson Reuters reported higher quarterly sales and operating profit that fell slightly short of Wall Street estimates on Tuesday, while cutting its full-year sales outlook due to disruption to the global economy from the coronavirus crisis. FILE PHOTO: The Thomson Reuters logo is seen on the […] 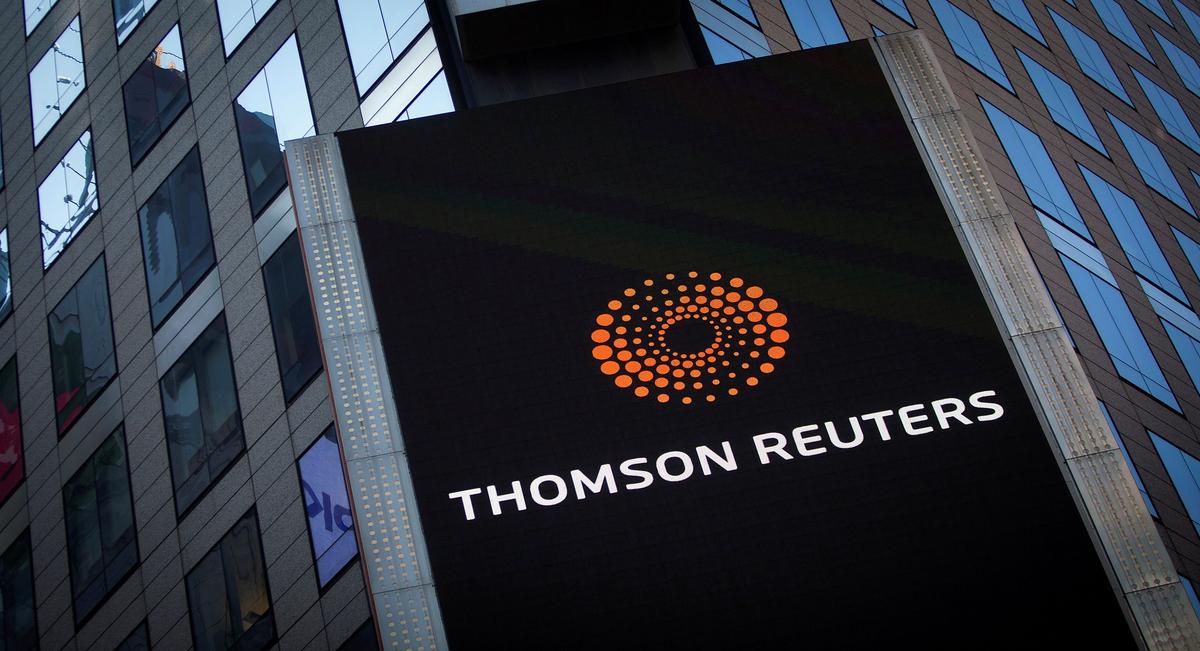