FRANKFURT (Reuters) – Germany’s Constitutional Court will rule on the legality of the European Central Bank’s bond purchases on Tuesday, settling an existential challenge to a scheme credited with keeping the euro zone afloat during crises including the coronavirus pandemic.

Amassing nearly 3 trillion euros (2.6 trillion pounds) of bonds since 2015, the ECB has long relied on quantitative easing to support the economy. With much of the euro zone now in lockdown to halt the spread of the virus, it plans to print another trillion euros to keep borrowing costs down for companies and governments.

But a group of academics in Germany has long argued that the ECB is overstepping its mandate, and that these buys constitute direct financing of governments — a contravention of the central bank’s obligations under the European Treaty.

An outright rejection of the German Bundesbank’s participation in the asset purchases appears unlikely but would be devastating for the ECB.

“This would surely bring the existence of the euro zone at risk, thereby sending this most fundamental of European issues back to the lawmakers to clarify — urgently,” UniCredit economist Erik Nielsen said.

“We would see unprecedented political, financial and economic turmoil – in the middle of the pandemic.”

The European Court of Justice has already cleared the asset purchase scheme, meaning the German court would need to find justification to reject the higher court’s ruling — a prospect that would open a whole new can of legal worms.

It is more likely that the court will largely accept the European ruling. But it could spell out some restrictions on the Bundesbank — one of 19 national central banks that are members of the ECB — the since justices had already expressed some reservations when they originally referred the case to the European court.

“The German judges probably know that, under current circumstances, an overly restrictive verdict could cause serious turbulence in the euro zone at the worst possible time,” Berenberg economist Holger Schmieding said. “Judges do not live in a political vacuum.”

The court could place a limit on how much of the country’s debt the Bundesbank can buy, how much of the risk can be shared across borders or that the purchases should be proportional to the size of each nation’s economy.

The real question will be whether the ruling is also applied to the ECB’s 750 billion euro Pandemic Emergency Purchase Programme, or PEPP.

Launched last month to tackle the coronavirus crisis, this new scheme operates with significantly looser rules than other purchase programmes. PEPP buys were not part of the original complaint, however, so the court is unlikely to make a call on the legality of the programme.

Mon May 4 , 2020
FILE PHOTO: Stainless steel tubes seen at a factory in Britain, October 30, 2018. Christopher Furlong/Pool via REUTERS LONDON (Reuters) – Small British manufacturers expect the biggest fall in output in more than 30 years over the next three months as the hit from the coronavirus intensifies, according to a […] 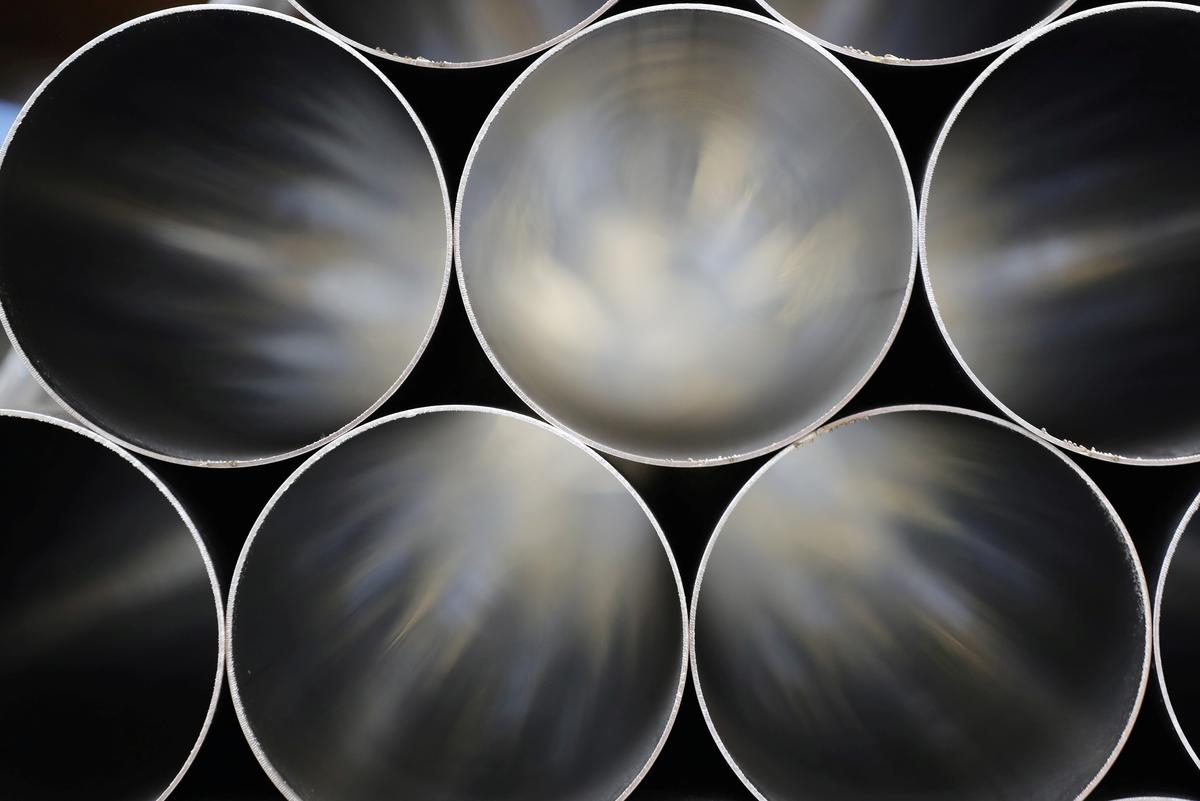