BERLIN (Reuters) – A German court ruling targeting the European Central Bank’s flagship stimulus programme is blowing up into a political crisis that is pitting German arch-conservatives against Brussels, with the future of the euro at stake.

In twin newspaper interviews, a member of the German Constitutional Court that last week took aim at the ECB’s bond-buying plan said any legal action by the European Union against Germany over the ruling would “weaken or endanger” the bloc in the long run.

Huber intervened in the heated debate after Ursula von der Leyen, the EU executive’s German president, raised on Sunday the possibility of a lawsuit over the ruling last week by the German Constitutional Court in Karlsruhe.

The judge told the Frankfurter Allgemeine Zeitung that “an infringement procedure would cause a considerable escalation, which could plunge Germany and other member states into a constitutional conflict that is difficult to resolve”.

“In the long term, this would weaken or endanger the European Union,” Munich-born Huber, who has ties to Merkel’s conservative bloc, added. An infringement procedure “is by no means inevitable”, he said.

In a separate interview with the Sueddeutsche Zeitung, Huber said the ECB, which sets monetary policy for the 19 countries that use the euro currency, including Germany, should not see itself as a “Master of the Universe”.

The Karlsruhe court gave the ECB three months to justify bond purchases under its flagship stimulus programme or lose the Bundesbank — Germany’s national central bank, and a member of the ECB — as a participant. It also called on the German parliament and government to challenge the ECB on the matter.

The shock at the ruling is palpable in the corridors of power in Berlin. One member of parliament described feeling like a bomb disposal expert, “because the Constitutional Court has put an explosive charge under the euro and the EU”.

The EU’s top court — which had previously given its green light to the ECB scheme — and the European Commission, the European Union’s executive, said last week that EU law takes precedence over national regulations.

They added that the European Court of Justice’s rulings were binding for courts in the 27 member states of the EU.

But Friedrich Merz, a member of Merkel’s conservative Christian Democrats who is vying to succeed her as chancellor, said the matter was not beyond dispute.

“The sentence from the EU Commission, namely that European law always takes precedence over national law, is simply incorrect in this apodictic form,” Merz said in comments published on Tuesday.

Merkel has said she will not seek re-election next year and Merz, who has also dismissed the idea of debt jointly issued by euro zone members to counter the economic impact of the coronavirus, is trying to burnish his credentials.

The Karlsruhe ruling poses a conundrum for Berlin, which is bound to respect the court but at the same time does not want to erode the independence of the ECB, whose unprecedented stimulus has kept the euro zone intact through a decade of crises.

Stressing the need for a “wise” response, Merkel told senior party officials on Monday that the situation was “solvable” if the ECB explains the plan, two participants at the meeting said.

EU officials said on Monday the European Commission was unlikely to take immediate legal action against Germany over the Karlsruhe verdict.

Describing the ruling as “imperative”, judge Huber said he saw it as “a dialectical process in which everyone takes the other seriously, engages with the other’s arguments, is prepared to learn and to correct themselves”.

“The ECJ (European Court of Justice), on the other hand, seems to have rather hierarchical ideas, in which dialectic does not play such a central role,” he added. 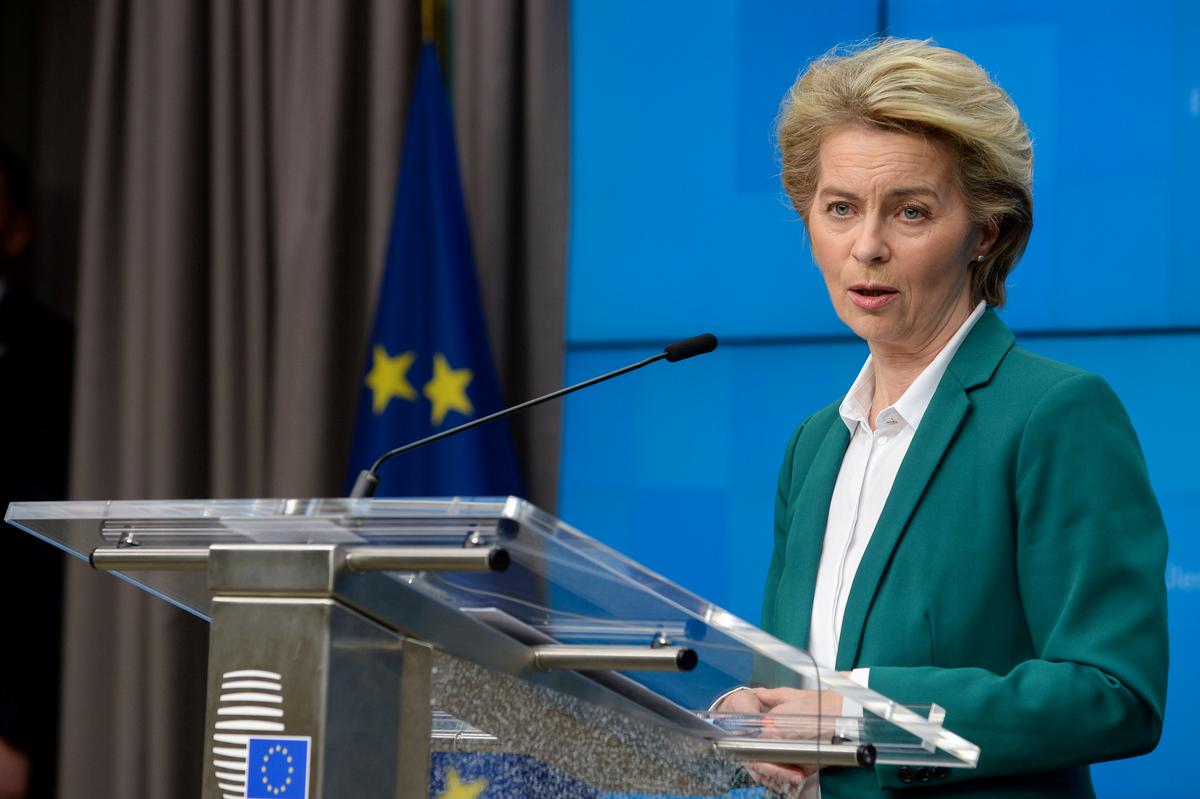