BERLIN (Reuters) – German lawmakers are debating introducing a requirement for their national central bank, the Bundesbank, to report to them on European Central Bank policy after the country’s top court took aim at the ECB’s stimulus plan, parliamentary sources said. FILE PHOTO: A woman wearing a protective mask walks […]

BERLIN (Reuters) – German lawmakers are debating introducing a requirement for their national central bank, the Bundesbank, to report to them on European Central Bank policy after the country’s top court took aim at the ECB’s stimulus plan, parliamentary sources said.

In its ruling on Tuesday, the Constitutional Court gave the ECB three months to justify bond purchases under its flagship stimulus programme or lose the Bundesbank as a participant, raising questions about the scheme and the euro’s future.

The judges also called on the German parliament and government to challenge the ECB on this subject.

But lawmakers are leaning towards seeking contact with the Bundesbank on ECB policy rather than with the ECB directly, parliamentary sources said after meetings on Wednesday of parliament’s finance, budget and European affairs committees.

The Bundesbank is the biggest of the euro zone’s national central banks, which implement ECB policy decisions such as bond purchases.

“One possibility could be an ongoing reporting obligation for the Bundesbank to the Bundestag,” said Katja Leikert, deputy leader of the conservative CDU/CSU parliamentary group, adding that the court’s decision had strengthened parliament’s hand.

“The federal government should also involve the Bundestag more closely in monetary policy decisions,” she added.

ECB policymakers regularly appear in the European and national parliaments, but accepting political interference in monetary policy matters would be anathema to the central bank, for whom independence is sacrosanct.

Jens Weidmann, president of the fiercely independent Bundesbank, regularly joins cabinet meetings and exchanges information with lawmakers, but no formal procedure requires him to report to parliament on ECB policy.

That flows from the extreme measure of independence afforded the Bundesbank at its creation. It differs sharply from provisions of other central banks, whose chiefs regular face grillings from their national parliament.

Formed in 1957, the German central bank was a model for central bank independence in the years that followed. In the 1990s, a Bundesbanker giving a speech in deepest Bavaria could send shockwaves across global markets.

“Not all Germans believe in God, but they all believe in the Bundesbank,” Jacques Delors, former president of the European Commission, joked in 1992.

In 1997, then-German finance minister, Theo Waigel, was sent packing when he asked Bundesbank chief Hans Tietmeyer to revalue the bank’s gold reserves to help the government wriggle out of a fiscal straightjacket and ease the path to the euro’s launch.

After the Constitutional Court’s ruling on Tuesday, Franziska Brantner, a Green Party politician, warned: “The ECB is only obliged to provide information to one parliament – that is the European Parliament.”

For that reason, she also favoured parliamentary contact via the Bundesbank, which is also the ECB’s preferred way out of a potential conflict with national institutions.

In any case, the independence of both the ECB and the Bundesbank must be preserved, Brantner said.

Leikert, Brantner and Florian Toncar, a member of the liberal Free Democrats (FDP) who sits on parliament’s finance committee, all said that no final decision on closer parliamentary scrutiny of the ECB had been taken.

Toncar suggested that a special committee be set up to be informed about and examine bond purchases.

A legal analysis by the Bundestag’s research service showed parliament should legally oblige the Bundesbank to inform it about its activities as a member of the system of euro zone central banks.

Thu May 7 , 2020
Heathrow airport has been given permission to appeal to the Supreme Court against a block on its plan for a third runway. Judges said Heathrow could appeal against a February ruling which said the government’s airports policy was unlawful as it failed to take into account climate change commitments. The […] 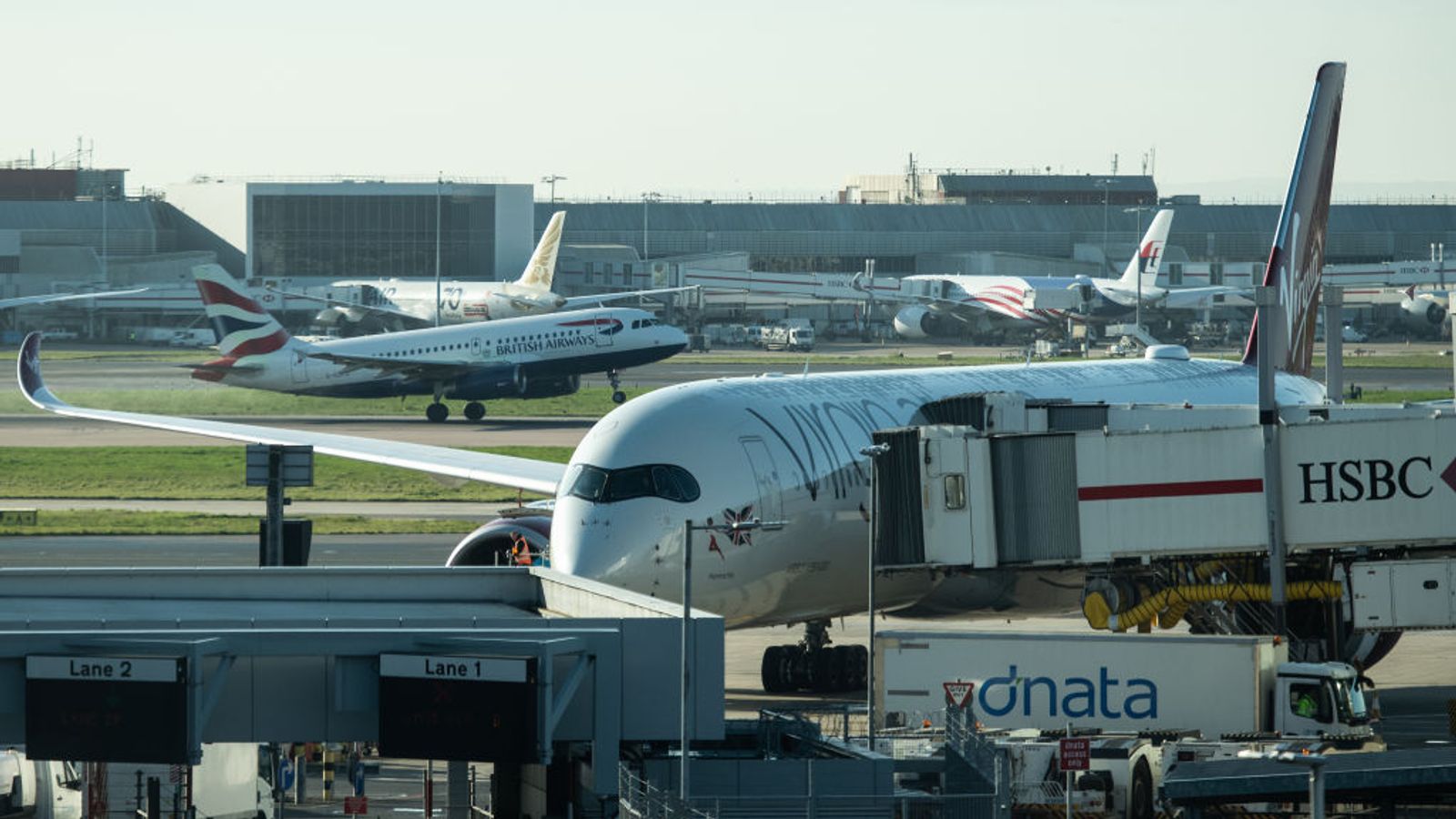