BERLIN (Reuters) – German retailers said a government move to let only smaller stores reopen next week made little sense as bigger stores were just as able to maintain distance and hygiene rules, although Finance Minister Olaf Scholz defended the decision on Thursday.

FILE PHOTO: A person is seen inside an empty shopping mall during a partial lockdown in Leverkusen, Germany, March 20, 2020, as the spread of the coronavirus disease (COVID-19) continues. REUTERS/Thilo Schmuelgen

The German government and regional state governors agreed on Wednesday that stores of up to 800 square metres will be allowed to open next week, along with car and bicycle dealers and bookstores, though they must practise strict social distancing and hygiene rules.

The German retailers association (HDE) called on the government to reconsider, saying there was no reason for only a partial opening of stores as both large and small shops could respect the rules, adding the move was confusing for customers.

“We need rules that are fair for all retailers and transparent for companies and customers,” HDE Chief Executive Stefan Genth said in a statement.

The Association of the German Furniture Industry (VDM) said the size of stores should not be the main factor in determining whether they can reopen but whether they can meet the rules on social distancing and hygiene.

VDM managing director Jan Kurth suggested an alternative would be to restrict one customer to every 100 square metres of store space.

“Since smaller shops and individual branches are now being privileged for no apparent reason, the previously strong support among the population and the economy for the agreed corona measures threatens to wane,” Kurth said.

Retailers can skirt the new regulations by only trading in up to 800 square metres of a bigger store, Lower Saxony premier Stephan Weil told journalists.

Finance Minister Scholz told Bild TV the new rules had been carefully considered and said the country had to gradually find its way to a new normality, noting that it was already going further than neighbouring Austria in letting stores reopen.

Austria allowed non-essential shops of 400 square metres or less and DIY shops to reopen on Tuesday, to be followed by all shops, shopping malls and hairdressers on May 1.

German Economy Minister Peter Altmaier said he would discuss the exact plan for relaxing the lockdown with business lobby groups on Friday, with further moves possible as long as health considerations allow.

Thu Apr 16 , 2020
The UK’s Office for Budget Responsibility this week produced a scenario suggesting the coronavirus lockdown will lead to an economic crash of a scale not seen since the early 18th century. Economic activity is likely to plunge 35 per cent in the second quarter, the government’s budgetary watchdog said. The deficit […] 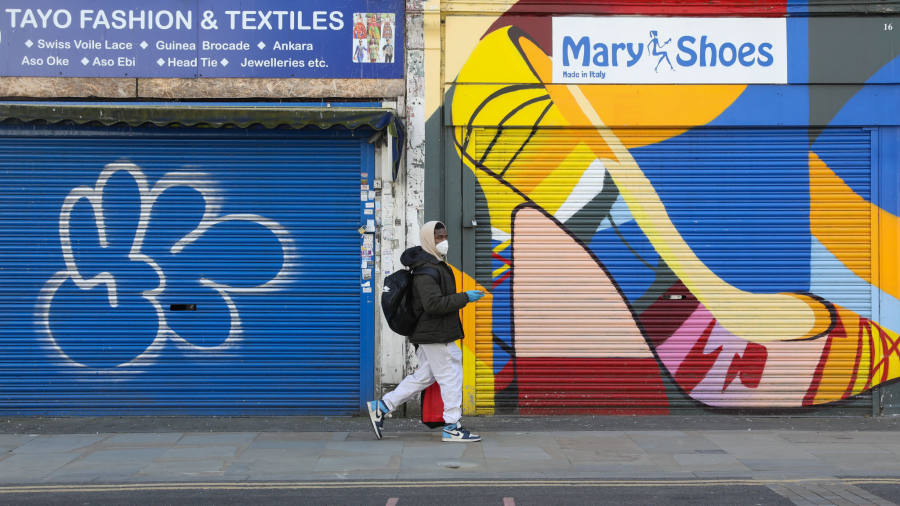