WASHINGTON/PARIS (Reuters) – Major international creditors will suspend debt payments this year for the world’s poorest countries, who will be hit hardest by the rapidly spreading coronavirus pandemic that has sparked the steepest downturn in the global economy since the 1930s.

French Finance Minister Bruno Le Maire said some 76 countries, including 40 in sub-Saharan Africa, would be eligible to have debt payments worth a combined $20 billion suspended by official and private creditors, with a remaining $12 billion in payments due to multilateral institutions still to be sorted out.

“We have obtained a debt moratorium at the level of bilateral creditors and private creditors for a total of $20 billion,” Le Maire told journalists.

Group of Seven (G7) finance ministers and central bank governors met by video conference on Tuesday and threw their support behind a push to provide temporary debt relief to the poorest countries.

In a joint statement, they said they were ready to provide “a time-bound suspension on debt service payments due on official bilateral claims for all countries eligible for World Bank concessional financing” if joined by China and other countries in the Group of 20 major economies, and as agreed with the Paris Club group of creditors.

G20 deputies will meet on Tuesday to prepare for a broader meeting of finance ministers and central bank governors on Wednesday. Sources familiar with the process told Reuters they expected the G20 to endorse a suspension of debt payments at least until the end of the year.

The World Bank and the IMF have begun disbursing emergency aid to countries struggling to contain the spread of the novel coronavirus and mitigate its economic impact. They first issued their call for debt relief on March 25, but China – a major creditor – and other G20 nations have not formally endorsed the proposal.

The IMF, in its 2020 World Economic Outlook, said on Tuesday the global economy is expected to shrink by 3.0% during 2020 in a stunning coronavirus-driven collapse of activity that will mark the steepest downturn since the Great Depression of the 1930s.

The forecast provided a somber backdrop to the IMF and World Bank spring meetings, which are being held by videoconference this week because of the pandemic. The meetings, which normally draw 10,000 people to Washington, have been stripped to the bare minimum, with many interactions among central bankers, finance ministers and other policymakers not taking place.

The pandemic will hit the poorest countries especially hard since they lack adequate healthcare systems and have already seen massive capital flight out of their economies. Many have also been rocked by plunging commodity prices.

France’s Le Maire said official government creditors, including not only the Paris Club but also China and other members of the G20, were to suspend $12 billion under the agreement, which still needs to be finalized on Wednesday.

Separately, a senior German official spoke of a debt moratorium by official creditors worth up to $14 billion, a number previously given by Malpass.

In their statement, G7 officials also called for more contributions to the IMF’s facilities that support the poorest countries, and said the debt relief effort should include private creditors on a voluntary basis, as well as efforts to enhance debt transparency.

China has become a major creditor to developing countries, especially in Africa, but there is little transparency about how much they owe.

A French finance ministry official said private creditors have agreed on a voluntary basis to roll over or refinance $8 billion in debt.

Of the total $32 billion due this year, the remaining $12 billion is owed by multilateral lenders, mainly the World Bank, Le Maire said, urging such lenders to join the debt relief initiative.

The IMF on Monday announced $215 million in initial debt relief grants to 25 countries, drawing on its Catastrophe Containment and Relief Trust. That facility currently has about $500 million available, but the IMF is trying to boost it to $1.4 billion.

There are growing calls from nonprofit groups, Pope Francis and others to follow up the temporary suspension of debt payments with cancellation of debts for the poorest countries.

French President Emmanuel Macron said in a television address to the French nation on Monday that African countries should be helped by “massively cancelling their debt”, but gave no details.

Le Maire said that at the end of the year outright debt cancellation should take place on a case-by-case basis and in coordination with multilateral lenders depending on the economic situation of the countries as well as developments in commodity markets and capital flows.

Tue Apr 14 , 2020
Britain is holding out on submitting detailed proposals on fishing rights to Brussels, increasing tensions with the EU just as the two sides seek to restart talks about the future relationship. EU and UK officials said that fish — an issue that some in Brussels fear could derail trade negotiations […] 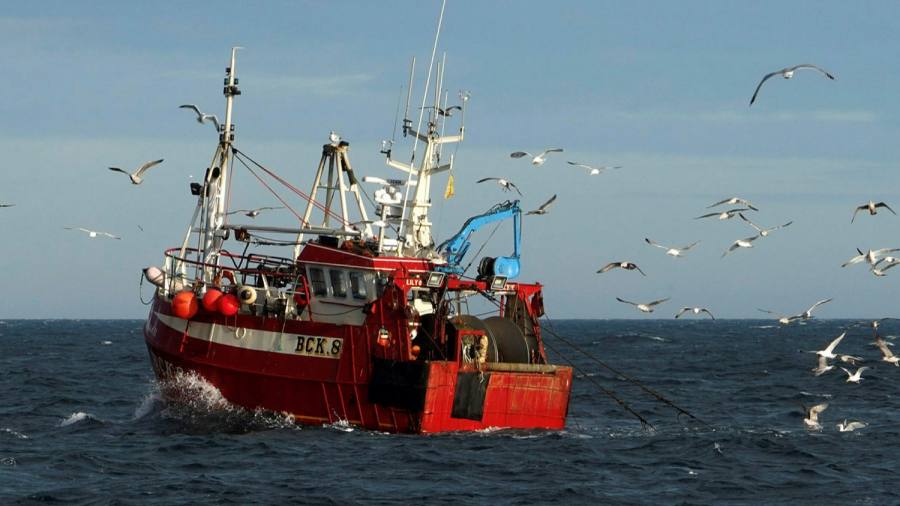