BENGALURU (Reuters) – Pummeled into recession by the coronavirus pandemic, the global economy will suffer its steepest contraction on record this year, with a longer, U-shaped recovery more likely, according to Reuters polls of economists from around the world.

FILE PHOTO: A traveler is seen at the airport in Frankfurt, Germany, April 2, 2020, as the spread of the coronavirus disease (COVID-19) continues. REUTERS/Kai Pfaffenbach/

Many countries are under lockdowns to curb the spread of an outbreak in which more than 2.6 million people worldwide have been infected and over 180,000 have died tmsnrt.rs/3aIRuz7, bringing global economic activity to a halt, particularly in the services industry.

Reuters polls of more than 500 economists who were surveyed over the past few weeks showed most major economies were in the midst of a severe economic downturn and their recoveries were predicted to be U-shaped.

More than 55% or 87 of 155 economists said the global economic recovery would be U-shaped. Thirty-one analysts said it would be V-shaped and 24 said it be more like a check mark. A few respondents expected a W- or L- shape.

The global economy was forecast to shrink 2.0% this year, compared to a 1.2% contraction predicted just three weeks ago and growth of 1.6% forecast before that in the March 20 poll, underscoring how fast the outlook has deteriorated.

The latest private-sector view is a bit less pessimistic than the International Monetary Fund’s latest forecast for a 3.0% contraction this year, but is a volte-face from 3.3% growth predicted at the start of the year before the global outbreak.

“The global economy is collapsing at a pace not seen since World War Two,” noted Michael Hanson, senior global economist at JPMorgan. He added that unprecedented policy support meant the global economy would begin a rebound faster than in a typical recession, but activity would remain depressed to the end of 2021.

“Staggered re-openings of economies until a vaccine is widely available imply more of a U- rather than a V-shaped recovery for the global economy.”

Global growth next year was forecast to bounce back to 4.5 in the latest poll, significantly weaker than the IMF’s prediction of 5.8% growth.

In several Reuters polls over the past two months, economists – who are generally more upbeat about the economic environment – have turned extremely cautious, with an increasing number of them slashing their already bleak forecasts repeatedly for developed and emerging economies alike.

Gross domestic product forecasts for all 42 economies polled by Reuters this month were downgraded for 2020 and expectations for next year were modest at best.

That suggests the unprecedented amounts of fiscal and monetary support from governments and central banks around the world will at best soften the blow from the pandemic.

But nearly 90% of economists, or 147 of 165, said the risks to their forecasts for the second half of 2020 were skewed more to the downside, suggesting the outlook is likely to be downgraded again if the pandemic worsens.

“We are likely to see a deeper contraction in 2020 than during the global financial crisis. But so much depends on what comes next: how long the suppression measures last, what medical science can deliver, what further policy support is available,” said Janet Henry, global chief economist at HSBC.

“What is already clear is that this is not just a short-term issue: the medium to long-term implications for global growth, debt levels, public policy and globalization are going to be vast.”

The U.S. economic recession looks to be much worse than thought just a few weeks ago. The euro zone economy is set for its deepest recession on record and the British economy is also expected to suffer its worst peacetime downturn ever.

The downturn has hammered the U.S. labor market, where unemployment was near historic lows before the crisis.

A record 26 million Americans sought unemployment benefits over the last five weeks, confirming that all the jobs created during the longest employment boom in U.S. history were wiped out in about a month.

Unemployment rates in most major economies polled were predicted to soar in coming months.

“We are seeing credible claims in the UK and U.S. that millions/tens of millions are going to be unemployed – again taking us back to black-and-white memories of long queues of the jobless holding signs saying ‘Will Work For Food’,” said Michael Every, global strategist at Rabobank.

The story was not very different for emerging economies.

Developing economies from Asia to Africa to Europe to Latin America were expected to struggle further with limited firepower for governments and central banks there forced to fight deep downturns and recessions.

“Many emerging market economies opted for lockdowns only relatively late, partly because they recognized the severity of the outbreak late – in the absence of testing, but partly also because they feared the economic consequences, especially for the poor,” said Christian Keller, head of economic research at Barclays.

Polling and reporting by the Reuters Polls team in Bengaluru and bureaus in Shanghai, Tokyo, London, Oslo, Istanbul, Johannesburg and Buenos Aires; Editing by Ross Finley and Paul Simao

Fri Apr 24 , 2020
LONDON (Reuters) – The United Kingdom’s economy is crumbling under the strain of the coronavirus lockdown and government borrowing is soaring to the highest levels in peacetime history, increasing pressure on the government to set out an exit strategy. Prime Minister Boris Johnson, recuperating at his country residence after being […] 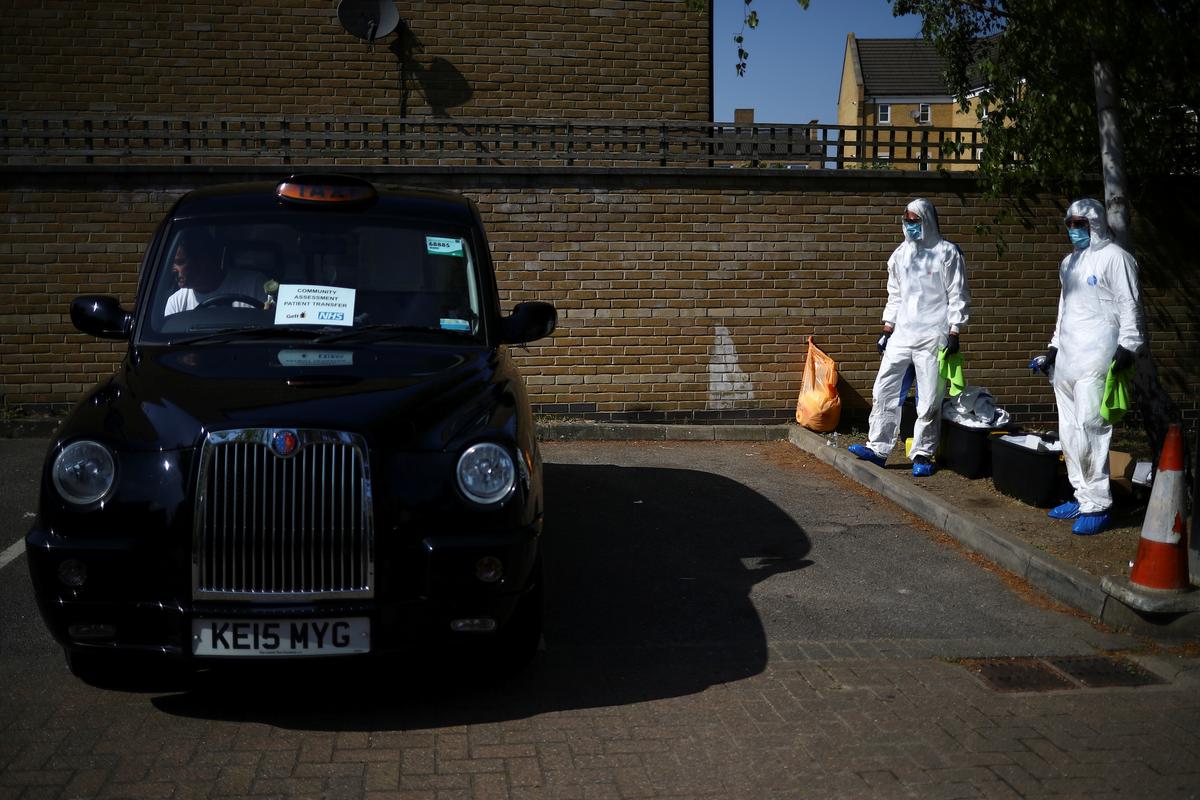