DETROIT (Reuters) – General Motors Co’s (GM.N) chief financial officer said on Friday that vehicle sales for the No. 1 U.S. automaker and the U.S. auto sector were trending in a positive direction as the sector recovers from the coronavirus pandemic.

“Early days, but we’re seeing some positive signs in the first two weeks of May on the retail side,” CFO Dhivya Suryadevara said during a webcast of a Goldman Sachs investor conference.

A GM spokesman confirmed she was speaking about both GM and industry demand.

Auto sales globally, including in the United States, were hurt as the COVID-19 virus shut down dealers, but markets have begun to reopen. GM is set to reopen “a majority of our operations” next week, Suryadevara said.

GM tracks vehicle sales on a daily basis and is in constant contact with its U.S. dealers, tracking things like changes in preference including the growing market share for pickup trucks, she said.

As for the restart scheduled for this Monday, some industry officials have worried that delays in Mexico could lead to U.S. assembly plants shutting back down due to a shortage of parts from south of the U.S. border.

“The situation will be fluid leading up to the restart,” she said. “It is clearly an interconnected system across U.S., Mexico and Canada that we’re working with all the governments and the stakeholders to bring confidence on the way we’re restarting and our safety protocols as well.”

Reporting by Ben Klayman in Detroit; Editing by David Gregorio

Fri May 15 , 2020
The government came under fresh fire on Friday after health secretary Matt Hancock insisted that ministers had “tried to throw a protective ring around” care homes “right from the start” of the outbreak. The government has been accused in recent weeks of a series of policy failures in the initial […] 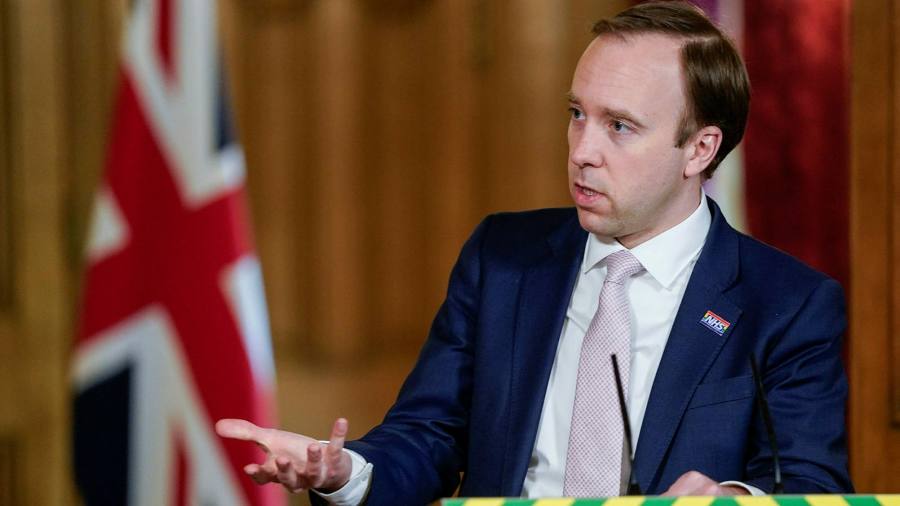