A gold bar is wrapped in a financial newspaper.

Gold prices steadied in a tight range on Tuesday, as worries over rising Covid-19 cases across Europe countered pressure from a stronger U.S. dollar ahead of key speeches by Federal Reserve policymakers this week.

Earlier in the day, a firmer U.S. dollar dented gold’s appeal, with the dollar index holding on to overnight gains against its rivals. A firmer dollar makes bullion more expensive for holders of other currencies.

“Gold is now more sensitive to the U.S. dollar rather than any other factors,” said Margaret Yang, a strategist with DailyFx, which covers currency, commodity and index.

But offering support to gold were concerns about fresh lockdowns in Europe, which has reported a surge in virus cases. Doubts about a swift economic recovery also kept investors away from riskier assets.

Investors are now eyeing speeches by Fed committee members, including Chairman Jerome Powell, who will appear before Congressional committees this week.

“Central banks would continue to have major concerns about economic growth,” Avtar Sandu, a senior commodities manager at Phillip Futures, said in a note.

“Ultra-low yields and negative real interest rates will remain as they are now for much longer, this should provide support for the gold prices in the longer term.”

Lower interest rates decrease the opportunity cost of holding non-yielding bullion. Gold, which has risen nearly 26% this year, is also widely viewed as a hedge against inflation and currency debasement.

Tue Sep 22 , 2020
Boris Johnson will on Tuesday abandon attempts to persuade Britons to return to the office, insisting that people should work from home “if possible” as part of sweeping measures to control coronavirus. Mr Johnson will set out new Covid-19 restrictions in the House of Commons at lunchtime and in a […] 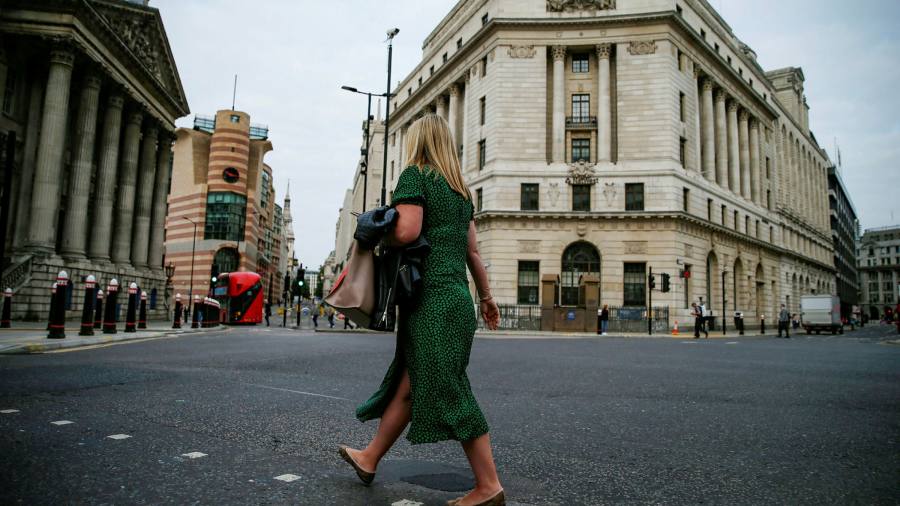