Gold prices hit a more than two-month trough on Thursday, weighed down by a robust dollar, with investors looking to U.S. jobless claims data due later in the day to further gauge the pace of a recovery in the world’s largest economy.

The dollar index held firm near a more than eight-week peak against rival currencies, as signs of an economic slowdown in Europe and the U.S. renewed concerns about a second wave of novel coronavirus infections.

A firmer dollar makes bullion more expensive for holders of other currencies.

Euro zone business growth ground to a halt this month as the service industry slammed into reverse, knocked by a resurgence in Covid-19 cases prompting governments to reintroduce restrictions, a survey showed.

Federal Reserve officials on Wednesday doubled down on efforts to convince investors they will keep monetary policy easy for years to allow unemployment to fall, emphasizing that interest rates will stay near zero until inflation gets to 2% and stays there.

Is the UK’s NHS ready for a second wave of Covid-19?

Thu Sep 24 , 2020
The UK government has ordered more than 30bn items of personal protective equipment and built up a four-month stockpile of kit as it seeks to avoid the shortages that put NHS staff at risk during the first wave of coronavirus. Under a strategy expected to be unveiled later this month, […] 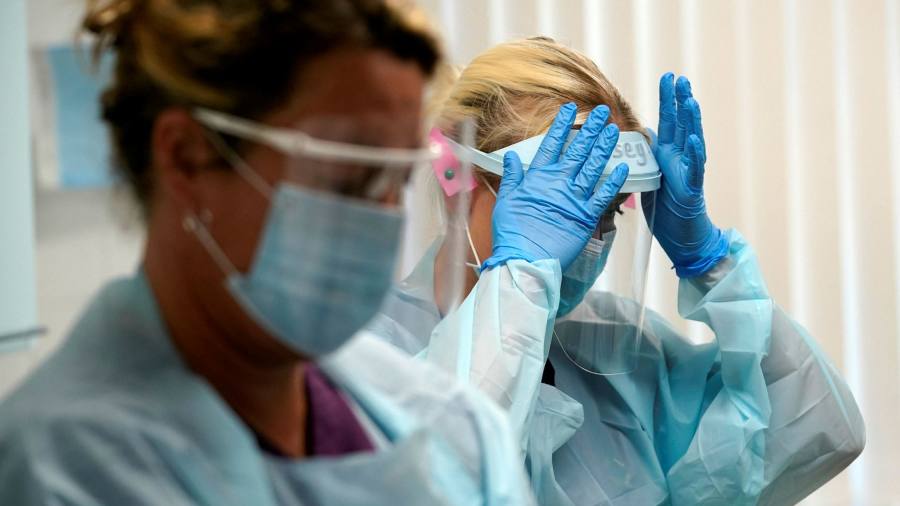