A mark of 999.9 fine sits on hallmarked one kilogram gold bullion bars at the Valcambi SA precious metal refinery in Lugano, Switzerland, on April 24, 2018.

The dollar index hit an eight-week peak. A firmer dollar makes bullion more expensive for holders of other currencies.

U.S. President Donald Trump told the United Nations General Assembly on Tuesday that China must be held accountable for having “unleashed” Covid-19 on the world, prompting Beijing to accuse him of “lies” and abusing the U.N. platform to provoke confrontation.

Top U.S. economic policymakers opened the door on Tuesday to further aid for small businesses hit by the coronavirus-triggered recession, but differed over how broad it might extend and the manner in which it should be delivered.

Meanwhile, Chicago Fed President Charles Evans said the central bank still needed to discuss its new average inflation target but that it “could start raising rates before we start averaging 2%.”

Low interest rates tend to support gold, which is considered a hedge against inflation and currency depreciation.

The UK has imposed fresh set of curbs to tackle a second wave of Covid-19, with new restrictions lasting probably six months.

Wed Sep 23 , 2020
Chancellor Rishi Sunak is drawing up plans for a new programme to subsidise workers’ wages, as pressure mounts to avert mass unemployment when the government’s £39bn job retention scheme ends in October. Mr Sunak has vowed to be “creative” and is looking at whether the Treasury and companies could share […] 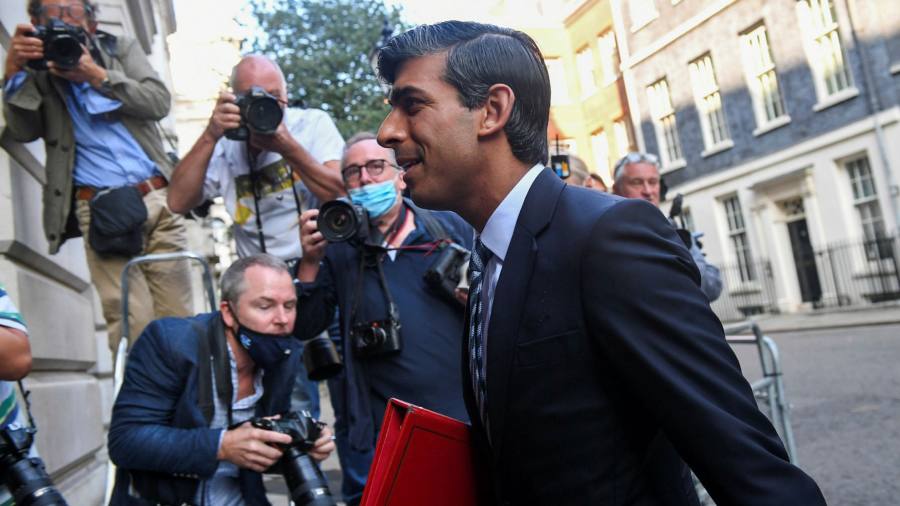