An employee arranges gold bars for a photograph at the YLG Bullion International headquarters in Bangkok, Thailand.

Gold edged higher on Tuesday buoyed by a softer dollar, with investors focusing on the first U.S. presidential debate and progress on a new U.S. stimulus bill.

The dollar index was down 0.1% against rivals, having recorded its biggest daily percentage drop in a month on Monday.

A weaker dollar makes gold cheaper for holders of other currencies.

President Donald Trump and former Vice President Joe Biden will square off in their first presidential debate later in the day, with five weeks to go until the November 3 general election.

U.S. House of Representatives Speaker Nancy Pelosi said on Monday that Democratic lawmakers unveiled a new $2.2 trillion coronavirus relief bill, which she said was a compromise measure that reduces the costs of the economic aid. She did not say when there would be a vote on the latest proposal.

The number of new Covid-19 cases in the United States has risen for two weeks in a row in 27 out of 50 states, according to a Reuters analysis, adding to concerns over its economic fallout.

The European Union and Britain both said a post-Brexit deal was still some way off and differences persisted on Monday over putting in place their earlier divorce deal as they began a decisive week of talks in Brussels.

Tue Sep 29 , 2020
More than 1,000 family-run coach businesses across the UK face being forced into bankruptcy and having their vehicles repossessed, according to their trade body. Since March, close to 100 coach businesses have gone into administration and many more are on the brink as demand for their services has “almost totally […] 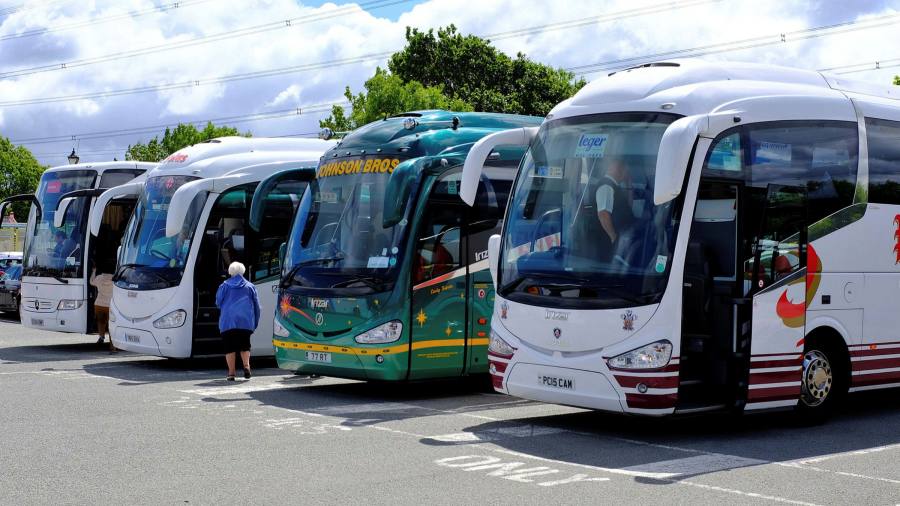