Controversial changes to off-payroll working rules due next year have been heavily criticised by an influential parliamentary committee, which accuses the government of attempting to “privatise tax compliance” after 20 years of policy failure.

Under changes to the rules, often known as “IR35”, medium and large-sized businesses will be responsible for assessing the tax status of every contractor they hire.

The changes had been due to come into force this month, but the government pushed them back to April 2021 because of the coronavirus pandemic.

In a report published on Monday, the economics affairs committee of the House of Lords welcomed the delay but urged the government to indefinitely postpone the changes until it had addressed what it termed the policy’s “inherent flaws and unfairnesses”.

It said the proposals would place a “significant burden” on hundreds of thousands of businesses and contractors. The peers claimed this had been done primarily to increase the tax take, after the authorities found it difficult to police the existing rules.

“IR35 — the government’s framework to tackle tax avoidance by those in ‘disguised employment’ — has not worked properly throughout its 20-year history,” the committee said. “Large- and medium-sized businesses are being made responsible for enforcing a regime which HMRC has struggled with over the last 20 years. Effectively, therefore, the government is privatising tax compliance.”

It continued: “The severity of the economic impact of Covid-19 is so great that it would be completely wrong for the government to impose a new burden on business in the form of the existing off-payroll proposals.”

The report added that “revenue-raising is the major driver of the proposed changes”, noting that HM Revenue & Customs expects the measures to bring in £4.1bn in 2024-25.

By focusing on the tax take, the government had “severely underestimated” the cost to business, the committee said. While HMRC estimated the one-off preparatory costs for business at £14.4m, evidence given by the Institute of Chartered Accountants in England and Wales to the committee reported a cumulative total of £3m had already been spent by just six large businesses.

The committee also argued that the government had failed to understand the full impact of the measures, which it said would cause “widespread disruption” and potentially inflict “damage . . . to the flexibility and diversity of the labour market”. Contractors had told peers they had been laid off ahead of the reforms, with many fearing that the impact of Covid-19 would lead to permanent job losses. Several businesses had simply chosen to stop using contractors.

Michael Forsyth, chairman of the committee, said: “Many witnesses told the committee that the rules have made them ‘zero-rights employees’ with none of the rights of being an employee, or the tax advantages of being self-employed.”

A Treasury spokesperson said: “It is right to ensure that two individuals sitting side-by-side and doing the same work for the same employer pay the same tax and national insurance contributions.

“Those who don’t comply with the off-payroll working rules pay significantly less income tax and NICs than an equivalent employee, and the cost of this non-compliance deprives our public services of vital funds.”

Meanwhile, similar changes to the public sector made in 2017, which required hiring bodies to assess contractors, had resulted in recruitment problems and increased costs to public sector bodies, including the NHS, the report found.

It concluded that blanket assessments by risk-averse public bodies that did not want to take the reputational risk of making the wrong decision had led many to miscategorise self-employed contractors as employed for tax purposes.

Mon Apr 27 , 2020
BERLIN (Reuters) – Deutsche Bank (DBKGn.DE) announced first-quarter results it said were above market expectations late on Sunday, but warned it might temporarily miss its capital requirement target as it extends more credit due to the impact of the COVID-19 pandemic. FILE PHOTO: The logo of Deutsche Bank is in […] 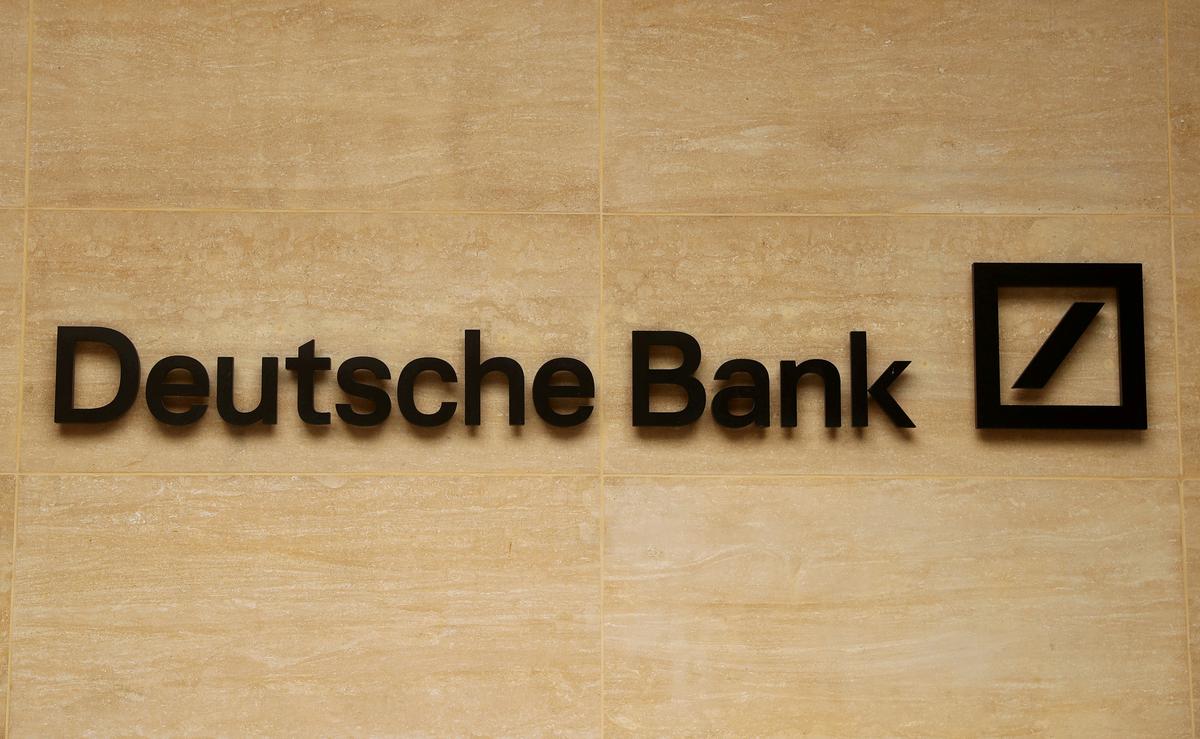