The Treasury is looking at doubling the amount midsized companies can borrow to £50m under its proposed emergency coronavirus loan scheme following concerns that many larger businesses would be left without adequate state support.

Officials have been working this weekend on revising the terms of the loans package, which it first unveiled at the beginning of April and was originally designed to allow companies with turnover of between £45m and £500m to borrow up to £25m.

As well as doubling the size of the largely state-guaranteed loan, ministers will also consider removing the £500m annual turnover cap to expand what is dubbed the Coronavirus Large Business Interruption Loan Scheme to larger companies.

Unlike bailout loans for smaller companies — which are offered interest free through lending banks but limited to those with a turnover of less than £45m — borrowing under the larger scheme is expected to be at commercial rates. Both schemes carry an 80 per cent guarantee from the government.

Rishi Sunak, the chancellor wants to launch the scheme in the next two weeks, according to people familiar with the matter.

The government has already faced criticism for the slow rollout of the loans scheme for smaller businesses, with the impact of the pandemic leaving many facing collapse.

Alok Sharma, business secretary, said on Sunday that so far £800m had been lent to 4,200 smaller companies — up from the estimated £450m borrowed by 2,500 business as of Wednesday. However, applications to the scheme are in the tens of thousands, officials said, with enquiries several times higher.

Mr Sharma said that he had spoken to some of the largest lenders over the past few days about getting money to companies as quickly as possible. Officials predict that the scheme will exceed £1bn in loans by early next week given the pipeline of applications being processed this weekend.

Treasury officials have also confirmed Richard Sharp, a former Goldman Sachs banker, will serve as an unpaid economic adviser to Mr Sunak. He is expected to help with the loan schemes. The move was first reported by Sky News.

Other parts of the government’s emergency funding package for businesses hit by the pandemic have also come under fire for not moving fast enough.

The British Chambers of Commerce has written to the chairman and chief executive of the Local Government Association saying that it was “extremely concerned that local authorities are adopting very different approaches to delivering” government grants.

Most small businesses can get up to £10,000 based on the rateable value of their property, although this could rise to £25,000 for some retail, hospitality and leisure firms.

The BCC said that some local authorities have told businesses they would have to wait for the funds or have subjected them to “onerous application processes” which has added “bureaucracy and confusion at a time when struggling firms can least afford it”.

The Federation of Small Businesses said its members had also complained that some councils were slow in releasing the funds. “We’ve also heard concerning reports that, in some instances, cash grants are being paid to landlords, rather than their tenants who pay the rent and serve the local community,” said Mike Cherry, FSB chairman.

Richard Watts, chair of the Local Government Association’s Resources Board, said the councils were “working at pace to ensure this vital funding can reach businesses as quickly as possible.”

Some companies are also calling for the cash available under the government’s furloughed workers scheme should be accelerated to enable them to pay wages this month. As it stands, the scheme does not open to applications until the end of April.

Mon Apr 13 , 2020
The UK is set to lose out on tens of thousands of new homes this year, with leading developers warning that several months of site closures will put key government housing targets in jeopardy and exacerbate a national housing shortage.  Amid a lockdown to contain the coronavirus pandemic, building sites […] 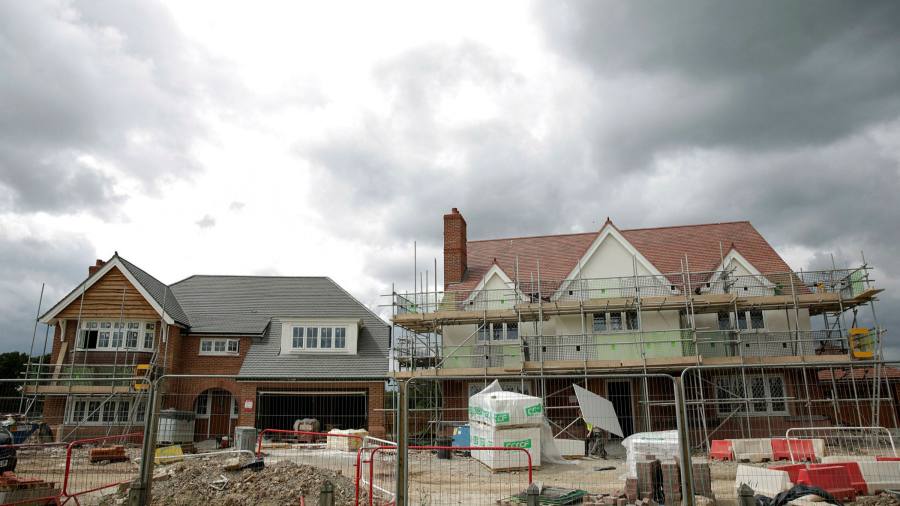