UK government support schemes will offset just a quarter of the economic damage suffered by households and businesses as a result of the coronavirus lockdown, according to the National Institute for Economic and Social Research.

The think-tank’s forecasts, published on Tuesday, point to a fall in UK gross domestic product of more than 7 per cent in 2020, with unemployment rising to more than 10 per cent even in what its director, Jagjit Chadha, described as a “reassuring scenario” where “things go reasonably well over the next year”.

Fiscal stimulus had made a “huge difference” to the UK’s outlook, with the direct cost to the exchequer estimated at about £75bn this year, Niesr’s deputy director Garry Young said. Without this additional spending, the fall in UK GDP would have exceeded 10 per cent, he added — while underlining that there were still clear risks of a much sharper downturn.

These figures suggest that despite the huge injection of monetary and fiscal support, the government has been able only to soften the immediate short-term hit to the economy.

Mr Young said this was inevitable because “when you’re locking down the economy, you’re really just making sure that people can get by”. But Niesr warned that the biggest challenges would come after the government began to ease lockdown measures, and wind down its support schemes, since consumer spending and demand from other countries would still be much lower than normal.

“Then, many businesses could struggle to bear the operating costs of being open while demand and sales are reduced because of the need to maintain social distancing,” the think-tank said, arguing that the government would need to adapt its support schemes to prevent unnecessary business failures as the economy recovered.

Niesr’s forecast is more benign that the modelling published by the Office for Budget Responsibility, the official fiscal watchdog, which suggested that a three-month lockdown would result in a 13 per cent year-on-year fall in GDP in 2020.

Mr Young said that once the lockdown had been eased, there would also be a bigger role for conventional fiscal policies to prop up demand — arguing that the government should accelerate some of the investment projects it had been working on as part of its “levelling up” agenda before the crisis hit.

Niesr estimated that GDP would bounce back to grow by about 7 per cent in 2021, but that the economy would still suffer long-term damage, with output £800bn lower in 10 years’ time — equivalent to 3.5 per cent of GDP — than the think-tank was expecting just three months ago.

But Mr Chadha said this did not mean the UK’s debt would become unsustainable, calling instead for a new debate on the aims of fiscal policy: many public services had been under-resourced in recent years, he said, and when it came to the National Health Service, the crisis had exposed the resulting lack of resilience.

Tue Apr 28 , 2020
The heads of leading British business schools have vowed to thwart government plans to axe the MBA apprenticeship by splitting the study into two, with the majority still being covered by the training programme. Apprenticeships for senior executives have mushroomed following government reforms to skills funding that forced employers with […] 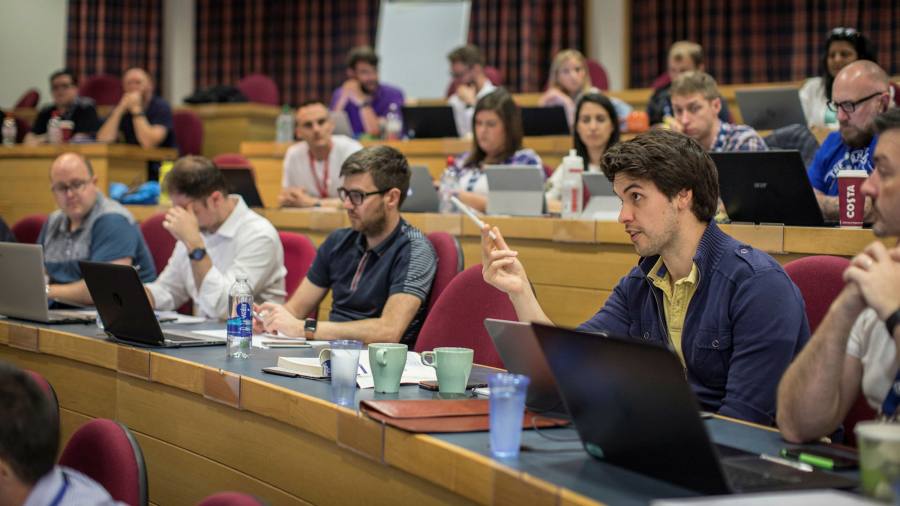