Boris Johnson has approved the gradual reopening of theatres, concert venues and sports arenas as the final sectors of the English economy still closed by Covid-19 were allowed to return to life.

In a significant boost to the arts sector, indoor theatres, music and performance venues in England will be able to reopen with socially distanced audiences, following a successful series of pilots.

Meanwhile the piloting of a small number of sporting events to test the safe return of spectators will also resume from August 15, with a view to reopening sports venues to fans from October 1.

The first trial event will be the final of the World Snooker Championship at Sheffield’s Crucible Theatre this weekend. Meanwhile, wedding receptions for up to 30 people will be able to resume.

The final stages of the government’s plan to reopen the economy was put on pause two weeks ago because of concerns about an increase in the number of people of England testing positive for coronavirus. “The situation now appears to have levelled off,” the government said.

Mr Johnson on Thursday ordered the “road map” for the reopening of the economy to be reinstated. Nightclubs, dance halls, sexual entertainment and hostess bars are among the few places still closed by law.

“Today we are able to announce some further changes which will allow people to return to work and the public to get back to more of the things they have missed,” the prime minister said.

Mr Johnson, however, added a cautious note, saying he would “not hesitate to put on the brakes if required” if the virus started to pick up again in England.

He also announced that fines would double to a maximum of £3,200 for those who repeatedly flouted rules on face coverings, with new fines for people hosting raves or other unlawful gatherings.

Oliver Dowden, culture secretary, said the latest reopening announcement would be a major boost to the country’s arts and sports sectors and to fans.

“The nation’s hard work to keep the virus under control means we can now make further careful progress on recovery with allowing audiences back for indoor performances, fans back at sports events, and the reopening of Covid-19 secure leisure businesses.”

Fri Aug 14 , 2020
On the third Sunday of Lent last year, Will Morris, deputy global tax policy leader at accounting giant PwC, admitted he felt conflicted when he became a part-time priest. “I had asked myself whether I was — as a very well-paid tax lawyer for a large US corporation — subconsciously […] 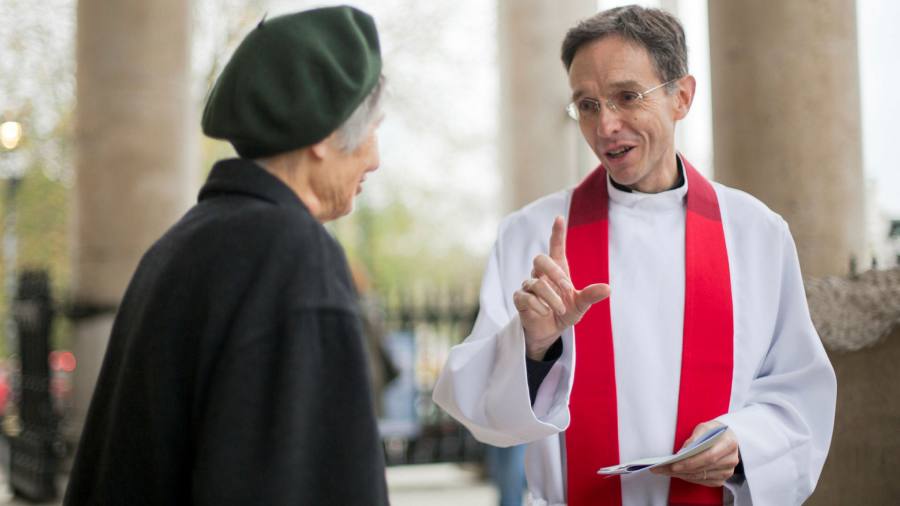