(Reuters) – GlaxoSmithKline is selling $3.45 billion (2.79 billion pounds)worth of shares in Unilever’s Indian business on the open market, according to a deal marketing term sheet seen by Reuters, cashing in late from the sale of the Horlicks brand.

The 5.7% stake in Hindustan Unilever that is now on the market, was accepted by GSK as payment for the sale of the malted drink brand and other nutrition brands to Unilever, agreed in late 2018.

GSK, which declined to comment, struck a deal to fold its Indian business – whose main product is Horlicks – into Unilever’s Indian unit Hindustan Unilever in exchange for shares in the combined group.

According to GSK’s first-quarter report, it completed the Horlicks deal on April 1, receiving the 5.7% equity stake in Hindustan Unilever plus about 400 million pounds ($495 million)in cash.

The cash injection will help GSK in its goal of reinvigorating its drug development pipeline, having made costly bets on experimental cancer treatments and future cell and gene therapies amid sluggish revenue growth.

Earlier this year, GSK launched a two-year programme to split into two entities, separating the core prescription drugs and vaccines business from an enlarged over-the-counter products business that was merged with a Pfizer unit.

It is eyeing more divestments to fund the costs of the separation.

Having sold travel vaccines to Bavarian Nordic for up to 955 million euros in October last year, the British group is looking into shedding more assets, starting with a review of its prescription dermatology business with about 200-300 million pounds in annual sales.

The transaction was organised by HSBC, Morgan Stanley and JP Morgan. They declined to comment.

Wed May 6 , 2020
FILE PHOTO: People wearing masks walk past the Bank of England, as the spread of the coronavirus disease (COVID-19) continues, in London, Britain, March 23, 2020. REUTERS/Toby Melville LONDON (Reuters) – Britain’s government paid investors an interest rate of under 0.5% to borrow for more than 30 years on Wednesday, […] 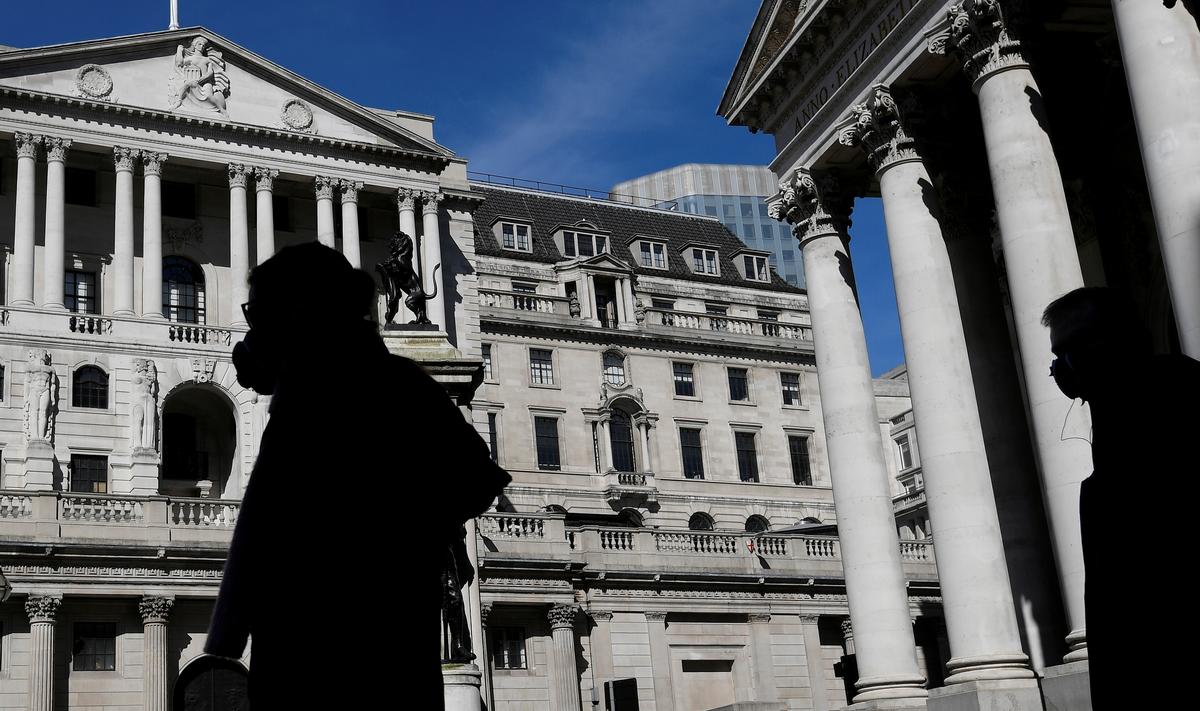