Oil platform at sunset near the shores of the Mediterranean port of Limassol.

Crude oil prices nudged higher on Monday as storms bore down on the Gulf of Mexico, shutting more than half the region’s oil production, although gains were capped by ongoing concerns about demand from coronavirus lockdowns.

Hurricane Marco and Tropical Storm Laura tore through the Caribbean and Gulf of Mexico on Sunday, forcing energy companies to pull workers from offshore platforms and shut down oil production.

Both benchmark contracts fell about 1% on Friday on economic concerns and rising crude supply.

“Crude prices rose higher as double trouble in the Atlantic could lead to huge disruptions with oil operations in the Gulf of Mexico,” said Edward Moya, senior market analyst at OANDA in New York.

“Oil’s gains, however, are likely to be muted as virus uncertainty continues to weigh on the crude demand outlook.”

The global death toll from the coronavirus surpassed 800,000 on Saturday, according to a Reuters tally, with the United States, Brazil and India leading the rise in fatalities.

Also supporting prices was a report by members of the Organization of the Petroleum Exporting Countries and other oil powers including Russia, that oil producing countries in the OPEC+ group that pumped above supply targets from May to July will need to slash output by over a million barrels per day for two months to compensate.

Mon Aug 24 , 2020
Office owners are facing millions of pounds of extra costs as they make workplaces ‘pandemic-proof’, in the hope that white-collar employees can be lured back from their homes. New health measures such as touchless entry systems and desk dividers are being introduced with the aim of minimising the spread of […] 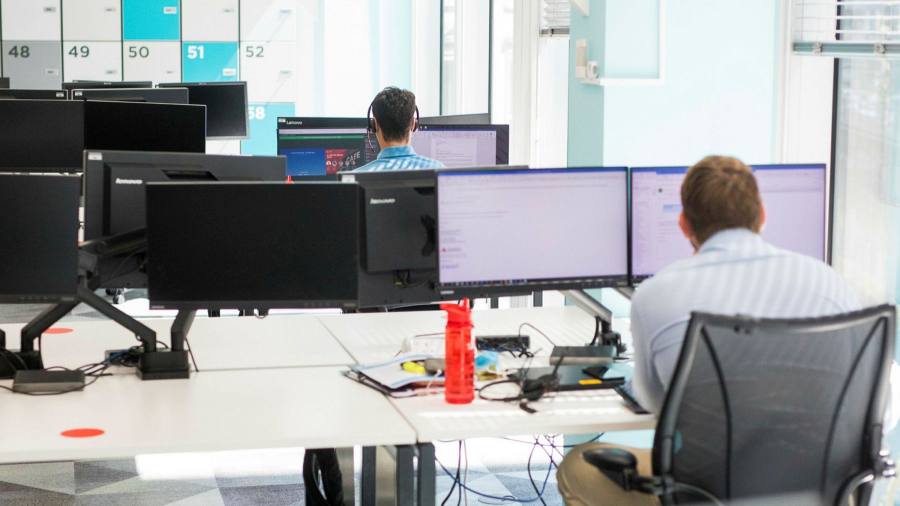