A Marathon oil refinery stands in Louisiana, La. Gulf Coast. Patrick Semansky | Bloomberg | Getty Images The price of Brent crude oil edged higher on Wednesday, lifted by U.S. producers shutting most of their offshore output in the Gulf of Mexico ahead of Hurricane Laura and optimism over China-U.S. […]

The price of Brent crude oil edged higher on Wednesday, lifted by U.S. producers shutting most of their offshore output in the Gulf of Mexico ahead of Hurricane Laura and optimism over China-U.S. trade talks.

But gains were capped amid renewed concern over the coronavirus pandemic, which has squeezed fuel demand, after reports from Europe and Asia of patients being re-infected with Covid-19, raising concerns about future immunity.

The U.S. energy industry on Tuesday was preparing for a major hurricane strike. Producers evacuated 310 offshore facilities and shut 1.56 million barrels per day of crude output, 84% of Gulf of Mexico’s offshore production – near the 90% outage that Hurricane Katrina brought 15 years ago.

Top U.S. and Chinese officials reaffirmed their commitment to a phase one trade deal, which has seen China lagging on its obligations to buy American goods, potentially boosting flows between the world’s two largest oil consumers.

Still, downward pressure came from concern about demand after data showing U.S. consumer confidence has tumbled to its lowest in more than six years due to concern about coronavirus-induced job losses.

Wed Aug 26 , 2020
A majority of UK civil servants are expected to continue working from home until at least the end of the year, according to officials and trade unions, in a blow to Boris Johnson’s attempts to revive ailing city centres. Downing Street has argued that civil servants should set an example […] 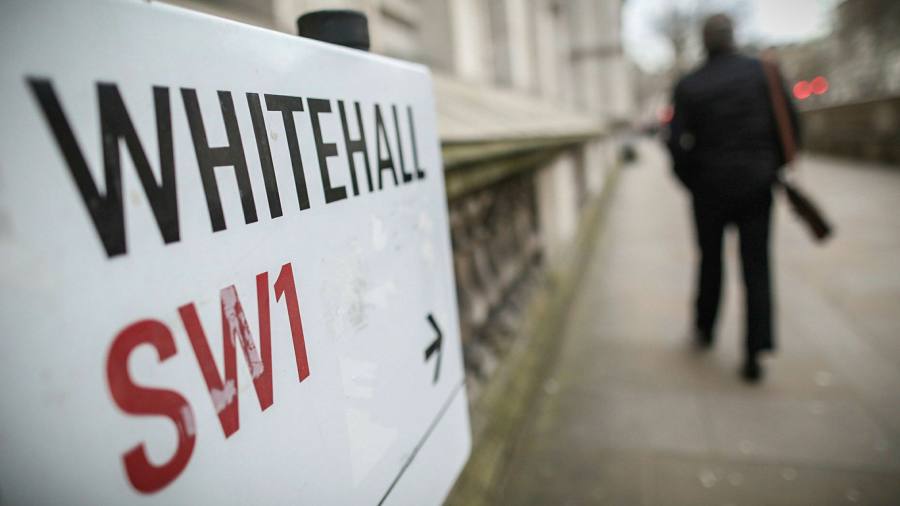