Health secretary Matt Hancock on Wednesday declared Britain had reached the peak of the coronavirus outbreak, vowing to start to “reopen the NHS” amid relief that the health service had not been overwhelmed.

His bullish statement was accompanied by a promise to introduce “large scale” testing of people for the virus and so-called contact tracing within weeks.

But Mr Hancock’s upbeat message was offset by Chris Whitty, England’s chief medical officer, who said the country would have to accept “very socially disruptive” restrictions on daily life for many months to come.

He said they would be needed because the chances of developing a vaccine or effective treatment for Covid-19 “in the next calendar year are incredibly small and I think we should be realistic about that”.

On a day when a further 759 deaths in hospitals were recorded across the UK, bringing the total to 18,100, Prof Whitty said it was “wholly unrealistic” to think the country could suddenly switch from lockdown to no restrictions.

If we had a lifting and then [lockdown] came back again, I think that would damage people’s confidence very severely

“We are going to have to do quite a lot of things for quite a long period of time,” he added.

Senior Conservative MPs discussed the lockdown at a tense meeting on Wednesday, with some saying restrictions must be relaxed next month to avoid massive economic damage.

The BBC reported one Tory MP on the backbench 1922 committee executive as saying the government’s messaging on coronavirus was “ludicrous”.

Earlier Foreign secretary Dominic Raab insisted the government would hit its target of delivering 100,000 virus tests a day by the end of April.

Downing Street said the government had begun recruiting the large number of people needed to trace individuals who have been in contact with someone infected by Covid-19.

The arrangements are due to be complemented by an NHS app for smartphones that should alert people if they have been in touch with anyone who has the virus.

Mr Hancock has been under pressure over a lack of testing — 22,814 were done on Tuesday — as well as shortages of personal protective equipment for health workers and fresh questions about why the UK did not join an EU scheme to buy key medical kit.

But he told MPs: “The combination of having some spare capacity in the NHS and at the same time of having reached the peak of the virus means we can now start to reopen the NHS.”

Routine and elective surgery would increase, he said, adding that there were 3,000 spare intensive care beds — without taking into account facilities at temporary Nightingale hospitals set up to deal with Covid-19 patients.

Ministers are confident they can increase testing by almost fivefold to 100,000 a day in just over a week, partly by expanding the categories of people who are eligible.

Labour is highly sceptical the government will hit its target, but Mr Raab said: “We are confident we will meet it.”

The government is increasingly focused on raising the take up of tests, given capacity is currently running at more than 40,000 a day.

Public transport staff and supermarket employees — and their families — could soon qualify for tests alongside health, care home and other key workers.

Labour leader Keir Starmer said the failure to match testing capacity with demand was partly caused by the inaccessibility of drive-through sites, meaning that many key workers could not get them.

Mr Hancock told MPs: “We are ramping up our testing capacity and our capacity for contact tracing in a matter of weeks, and we’ll have it ready to make sure that we can use that as and when the incidence of transmission [of Covid-19] comes down.”

Mr Hancock wants to drive the transmission rate down to a very low level before starting to ease the lockdown, a position backed on Wednesday by Andrew Bailey, Bank of England governor, who told the Daily Mail it was vital there were no “false starts”.

“I think we have to be careful when thinking about human psychology,” he said. “If we had a lifting and then [lockdown] came back again, I think that would damage people’s confidence very severely.”

Prof Whitty said mass testing and contract tracing would be vital in any exit strategy from the lockdown, notably in carrying out sampling in the community to see whether infections were starting to rise and to stamp out local outbreaks.

He also said the timing of the relaxation of the lockdown would take account not only its likely impact on coronavirus deaths, but factors such as increased mortality caused by deprivation.

Wed Apr 22 , 2020
BRUSSELS/CHICAGO (Reuters) – The European Commission will next month present a set of rules for the safe reopening of air travel when coronavirus lockdowns end, including social distancing in airports and planes, while some U.S. airlines are taking their own protective measures. FILE PHOTO: A woman passes a departure board […] 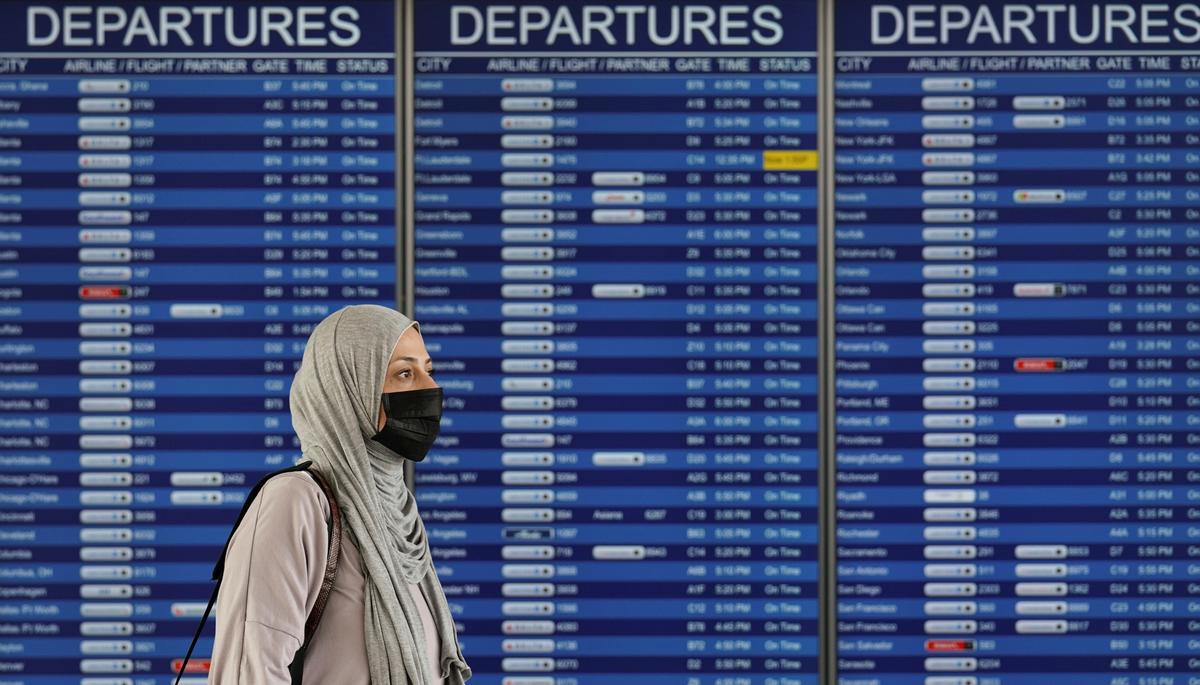