March was meant to be a moment of triumph for Hawksmoor: after six years of planning, the UK steak house chain’s first international outlet was due to open in New York, selling prime British beef to a city that knows a thing or two about grilled meat. But the spread […]

March was meant to be a moment of triumph for Hawksmoor: after six years of planning, the UK steak house chain’s first international outlet was due to open in New York, selling prime British beef to a city that knows a thing or two about grilled meat.

But the spread of coronavirus to the US stopped Hawksmoor in its tracks: the opening of the New York restaurant was postponed and staff were told by management to go home. With Covid-19 also sweeping through the UK, the company shut its eight outlets in London, Manchester and Edinburgh.

“The whole thing was burning,” said Hawksmoor founder Will Beckett, alluding to the devastating impact on the company of lockdowns in the UK and the US.

“The US launch was going to be the highlight of our careers. We were busy, our reputation was great. We’d worked towards this for six years. Then we had to close it all down.”

Hawksmoor was founded by Mr Beckett and his best friend Hugh Gott in 2006 as a place to buy top quality steak. It is a favourite haunt of City of London traders, with its breakfast for two (including bacon chop, sausages, black pudding, and short-rib bubble and squeak) washed down with a Corpse Reviver No 2 (gin, triple sec, Cocchi Americano, lemon and absinthe) the stuff of legend for hungover workers.

Until February, Hawksmoor had been having one of its best years yet, with the number of staff rising to about 700. The company was generating £45m of revenue, and £6.5m in earnings before interest, tax, depreciation and amortisation.

But on March 20 prime minister Boris Johnson ordered restaurants, pubs and cafés to close to try to halt the spread of the virus, and then three days later unveiled a nationwide lockdown, instructing people to stay at home. “We call it ‘that Tuesday’ in the trade,” said Mr Beckett, referring to the morning after the lockdown announcement.

Hawksmoor’s sales fell to nothing. The company responded by making more than 300 of its most recent recruits redundant, said Mr Beckett, to enable the remaining 400 staff to stay to “rebuild the business on the other side”. When the government set up its job retention scheme — under which the state pays 80 per cent of company employees’ wages — Hawksmoor rehired the laid-off staff and immediately furloughed them.

Like other sectors, restaurants are now waiting nervously to learn whether the government will stop the job retention scheme on its scheduled expiry date of June 30 — a move that could threaten millions of jobs across multiple industries.

More importantly, restaurants have no idea when they can reopen, although Mr Johnson is this week due to unveil an exit strategy from the lockdown that should enable sectors to reopen, probably on a staggered basis. The hospitality industry risks being at the back of the queue, and continued strict rules around social distancing could be devastating for restaurants.

“We need a fighting chance,” said Mr Beckett. “The worst will be ending the support schemes while also telling people to stay away — that would mean lasting damage to the restaurant sector.”

Hawksmoor tried to access the government’s bailout loans to help the company through the pandemic, but was turned down by one of the banks that administer them. The coronavirus business interruption loan scheme provides interest free loans for a year for small companies with an annual turnover of up to £45m, but it has been widely criticised for its slow rollout and the strict qualification criteria being applied by banks.

The restaurant sector feels particularly hard done by, with many companies struggling to pass the viability test contained in the loan scheme given they have no revenue because of closure.

Hawksmoor’s inability to access the scheme partly results from how it has fallen foul of an EU directive that is meant to stop companies in long-term financial difficulty from benefiting from state aid.

Hawksmoor’s income statement records losses stemming from how private equity group Graphite went about purchasing a 51 per cent stake in the company in 2013, even though the steak house chain is profitable at an operating level.

“We are exactly the sort of company that the government-backed loan scheme was designed to save: profitable, successful and growing,” said Mr Beckett.

The EU directive was not the first obstacle raised by the banks, added Mr Beckett, who was initially told the company was too successful for the state loan scheme and should instead use commercial credit. Then he was told the lack of revenue was a problem.

“We feel powerless but are still talking to our banks about how to get around it,” he said.

Meanwhile, if he had not taken the radical decision to stop paying rent on Hawksmoor’s outlets to its landlords, Mr Beckett said the company would only have enough cash to see it through to the end of the summer.

“We are not paying rent. We can’t,” he said of Hawksmoor’s £2m annual property bill.

He added he was sympathetic to the plight of landlords, but said the relationship with tenants needed to be reset. He is a supporter of a campaign for the government to bring in nine-month rent deferrals across the hospitality sector. “The government needs to step in otherwise the failure rate among restaurants will be astronomic,” he said.

Without the burden of rent, Hawksmoor can make it through the rest of the year in a mothballed state.

Starting up again will be tough, said Mr Beckett. Above all, restaurants need customers, and he said the government must be clear in any future advice that people are safe to return to public places before telling the sector to go back to work.

“Restaurants have to be busy,” said Mr Beckett. “They operate on such thin margins at the best of time. We need a road map from the government about what’s going to happen. We can’t make the same mistakes on the way out as we did on the way in.”

This is the third article in a series looking inside companies that are grappling with the consequences of the coronavirus pandemic.

Sun May 3 , 2020
(Reuters) – Roche (ROG.S) has won emergency approval from the U.S. Food and Drug Administration (FDA) for an antibody test to determine whether people have ever been infected with the coronavirus, the Swiss drugmaker said here on Sunday. FILE PHOTO: The logo of Swiss drugmaker Roche is seen at its […] 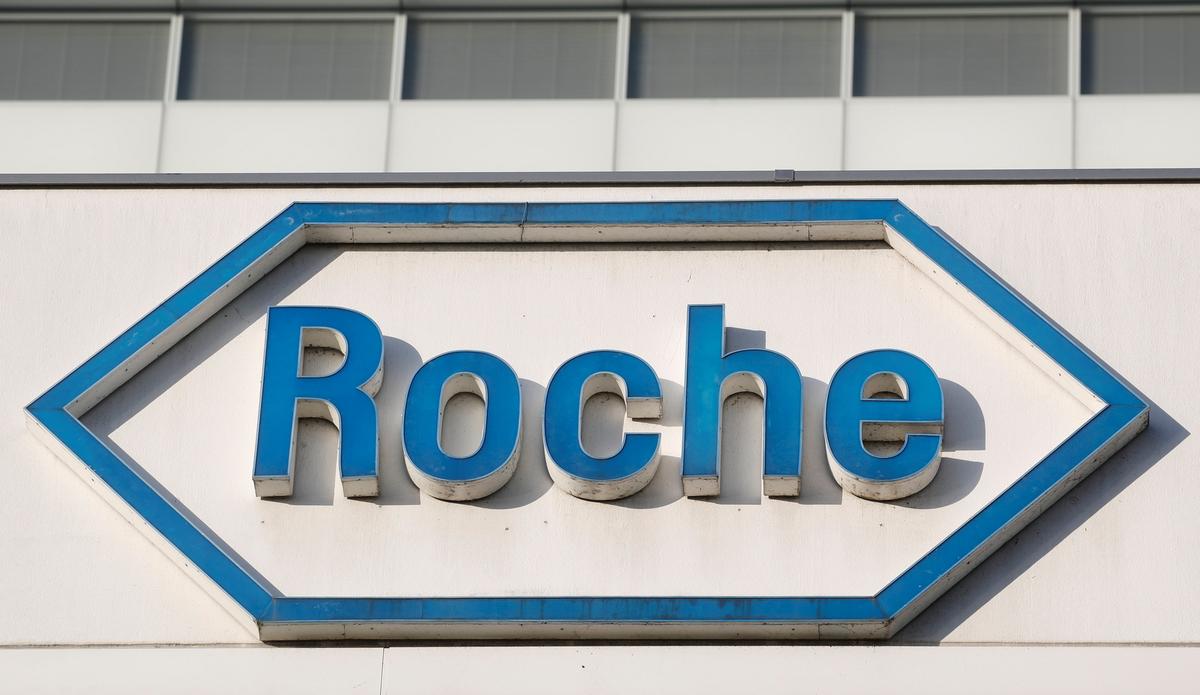