Outsourcing companies led by Serco have recruited 15,000 people including jobless travel and hospitality workers to form England’s “army” of contact-tracers seeking to contain the spread of coronavirus as lockdown restrictions are eased.

The tracers, due to start work on Monday, are a crucial pillar of the government’s “test, track and trace” strategy, which ministers hope will help prevent a second wave of infections when schools and more workplaces reopen next month.

However, there are already doubts about the strategy with public health experts questioning whether staff, working from home on a “call centre” model, can replicate the knowledge and reach of manual contact-tracers.

“What we have is the depletion of public services and the ability to respond locally,” said Allyson Pollock, professor of public health at Newcastle University and a member of the independent group of scientists challenging the government’s Scientific Advisory Group for Emergencies (Sage).

“The government’s never going to get on top of it, with a centralised and part-privatised system of contact tracing and testing,” she said.

The human tracing army is part of a three pronged approach which health secretary Matt Hancock has said should be ready to launch by mid May. Officials have been racing to re-boot the testing regime — with the aim of processing at least 100,000 tests a day — and are working on a smartphone app which uses Bluetooth technology to “map” contact between people.

The contact-tracing app, which at the moment does not incorporate a system being developed by Google and Apple being used by other nations including Germany and Italy, has been dogged with criticisms that it will exclude millions of Britons who do not own the most up to date phones.

The human tracers will work from scripts and refer specialist queries to a separate team of 3,000 medics or senior nurses. Recruitment to the clinically-qualified team has been brisk with the jobs oversubscribed, according to one person familiar with the process. Another person, involved in the recruitment contract for the lower level jobs, said they had been able to hire people recently laid off from hospitality and travel, which have been hit hard by the virus.

An advertisement for the basic call handler role describes it as a “work from home opportunity” paying £8.72 an hour. All recruits — who are expected to show empathy and demonstrate “communication skills” — will receive one day’s worth of remote training, involving classroom-style teaching.

While Serco is recruiting the “lion’s share” of the tracers, the company is being supported by several subcontractors including Capita, which is responsible for bringing in just under 2,000 people.

Both companies have a chequered history of public sector contracting: last year Serco was fined £19m by the Serious Fraud Office in connection with an electronic tagging contract which wrongly charged the government for tagging offenders who were either dead, in jail, or had left the country. Capita has also been under fire for mismanaging tens of thousands of patient data records while supporting NHS primary care systems.

Serco and Capita declined to comment on their involvement.

Tom Sasse, a Whitehall expert at the Institute for Government, argued the use of emergency procurement measures during the pandemic, which allow the government to hire contractors more quickly, should not prevent transparency. “Keeping the public in the dark won’t help to maintain trust,” he said.

Experts and insiders say that the testing programme is still bedevilled by early failures to involve the NHS and local authorities in devising it.

Chris Ham, co-chair of the NHS Assembly, an advisory body to health service leaders, said that as civil servants rushed to deliver Mr Hancock’s 100,000 tests a day target, the health department implemented a range of apparently disjointed and disconnected initiatives, including drive-in test centres run by Deloitte and military testing units. “It was very much done in response to a political commitment without any degree of coherence or rationale evident to the people in the NHS on the ground who were on the receiving end of this,” Sir Chris added.

Local authorities, which employ thousands of public health specialists and environmental health officers, have also been critical of the government’s failure to share detailed information which could have allowed them to keep on top of outbreaks.

Ian Hudspeth, chairman of the Local Government Association’s Community Wellbeing Board, said environmental health, trading standards, public health and infection control nurses were “just some of the services” which could contribute to the government’s test, track and trace system.

The government has moved in recent days to address some of these complaints, giving local authorities and public health specialists a bigger role. But Sir Chris, a non-executive director at the Royal Free London Hospitals Foundation Trust, said the changes had “all happened in the last couple of weeks or so, with very little time to make sure all of that is well designed and will work as it should on the ground”.

The government’s goal of establishing a fully functioning testing and contact tracing system by mid-May could not be met, he added. “It may be Matt Hancock or the prime minister can announce they are launching the beginning of a coherent system but it will take several more weeks in my view for that to be established”, he added.

The Department of Health and Social Care said they were working with a “number of firms” to recruit call handlers but would not give any further details.

Thu May 14 , 2020
NEW YORK (Reuters) – President Donald Trump may be warming to a strong dollar after years of bashing the U.S. currency’s stubborn appreciation. FILE PHOTO: U.S. President Donald Trump talks to reporters as he departs on travel to Allentown, Pennsylvania from the South Lawn of the White House in Washington, […] 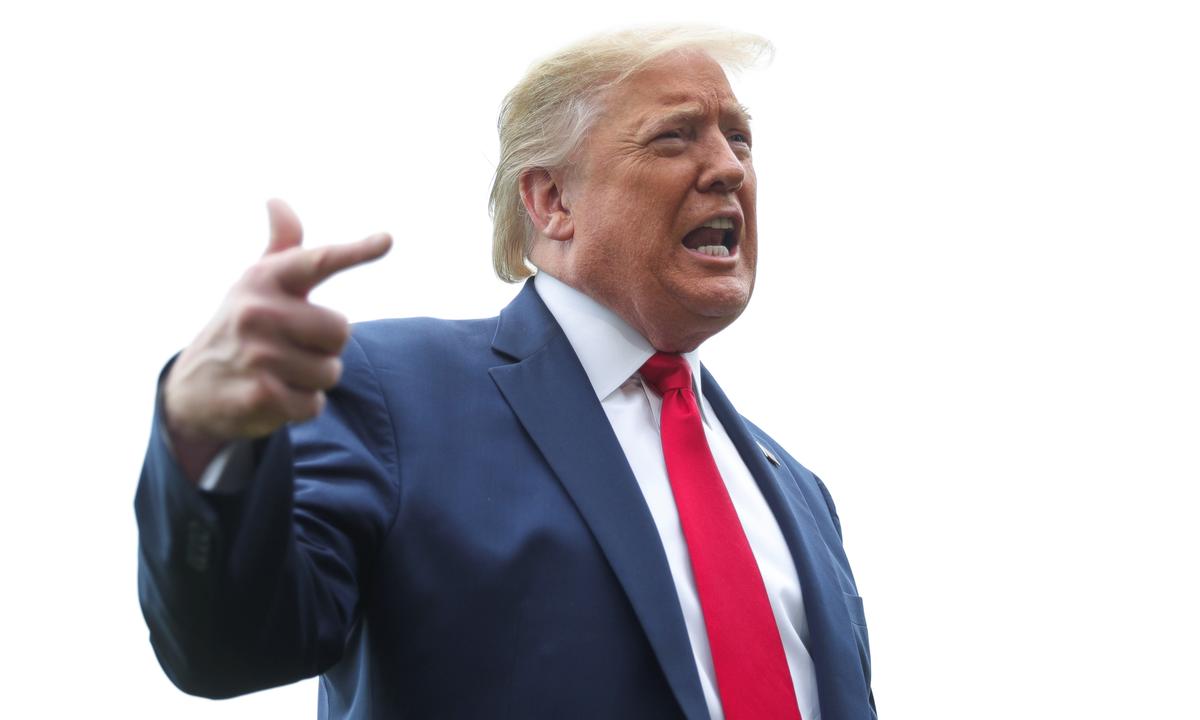