Millions of high-speed coronavirus tests able to return results in 90 minutes are being rolled out across NHS hospitals, care homes and labs from next week as the UK government seeks to contain a feared winter surge in infections.

The announcement follows the government’s promise to expand testing capacity to 500,000 a day by October in an attempt to keep a lid on the disease and avoid a return to tougher lockdown measures.

Sage, the government’s scientific advisory committee, has said that 80 per cent of infected people’s contacts must be tracked down within 48 hours to slow the spread of the disease — a goal that depends on rapid testing.

Boris Johnson, the prime minister, had set a target that all tests should be returned within 24 hours by the end of June. But although turnround times have increased markedly in recent weeks, latest data show that only about half of people tested through commercial labs — known as pillar 2 — received the result within 24 hours of taking a test.

Matt Hancock, the health secretary, said the new rapid coronavirus tests would from the week beginning August 10 “provide on-the-spot results in under 90 minutes, helping us to break chains of transmission quickly”. 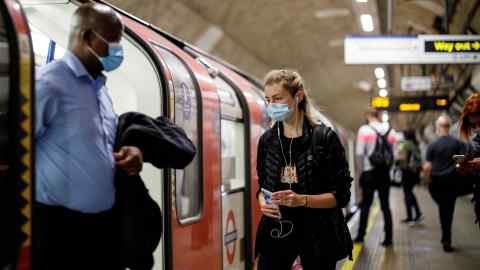 The latest innovations would also be able to detect flu and other respiratory infections, officials said. Ministers announced last month that all over-50s in England would be offered free flu vaccinations amid concern that a rise in Covid-19 cases could coincide with a bad influenza season, overwhelming the NHS.

Mr Hancock added: “The fact that these tests can detect flu as well as Covid-19 will be hugely beneficial as we head into winter, so patients can follow the right advice to protect themselves and others.”

The health department said the new tests could be operated by people without clinical training, “meaning they can be rolled out in more non-clinical settings”.

One of the new tests uses DNA to detect the virus and it will be deployed across NHS hospitals from September, with 5,000 DNA machines supplied by DnaNudge, a London-based company that specialises in on-the-spot genetic testing. The aim is to deliver 5.8m tests in the next few months.

The machines, which will process up to 15 on-the-spot tests each day without the need for a laboratory, are currently operating in eight London hospitals “to protect those most at risk”, the health department said. 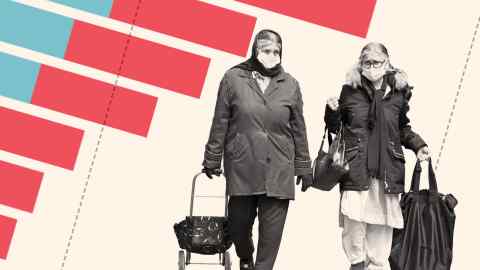 Separately, 450,000 90-minute LamPORE swab tests, developed through Oxford Nanopore, a biotech company, will also be available across adult care settings and laboratories from next week. Millions more tests will be rolled out later in the year, the health department said.

The government said the new test had the same sensitivity as the widely used PCR swab test but could be used to process swabs in labs, as well as on location through “pop-up” labs. A desktop machine will be able to process up to 15,000 tests a day and a palm-sized version up to 2,000 tests a day, the health department said.

Chris Toumazou, chief executive and co-founder of DnaNudge and founder of the Institute of Biomedical Engineering at Imperial College London, said he and his team had developed a test that “requires absolutely no laboratory or pipettes and can be deployed anywhere with a direct sample-to-result in around just over an hour”.

The company’s “multiplex test” was able to check not only for Covid-19 but also for flu and other respiratory infections, he added.

Gordon Sanghera, chief executive of Oxford Nanopore, said LamPORE “has the potential to deliver a highly effective and, crucially, accessible global testing solution, not only for Covid-19 but for a range of other pathogens”.

The company said it had the capacity to manufacture 1m tests a month now and could scale to “several million per week, to meet expected demand in the autumn as we head into flu season”.

Video: Update: How to spot a local coronavirus outbreak from data