There was a moment on Wednesday morning last week when it looked as if something remarkable might happen.

For a brief few hours, the flood of headlines from around the world about yet more Covid-related job losses slowed to a trickle.

Had it stopped altogether, it would have been the first weekday this month with no word of any more cuts.

It did not stop of course. Reports soon came of 400 jobs going in Berlin airports; up to 200 at an Australian university and nearly 660 at a Quebec restaurant chain.

That makes it a good day at a time when losses have reached unbelievable proportions. In the space of 48 hours at the start of July, more than 12,000 people in the UK alone learnt their jobs were about to go, from easyJet pilots to Harrods store staff.

Since then the cuts have spread far beyond airlines and high street shops. Even the Tower of London’s famous Beefeater guards face redundancies for what is thought to be the first time in more than 500 years. Another tsunami of losses looms once governments stop paying the wages of workers furloughed in the outbreak.

Against this gloom, it was mildly jolting last week to see a LinkedIn list of dozens of companies that are hiring rather than firing.

Supermarkets feature heavily, which is no surprise considering demand for groceries has rocketed in the absence of restaurants and pubs. Tesco alone has hired 50,000 workers during the outbreak, including 4,000 drivers and 12,000 of the “pickers” who put together online grocery orders. These were temporary hires and some have already left. But a lot of the jobs on offer are permanent and sectors such as healthcare and local government look a lot more attractive than they did before the pandemic.

So what is it like to be hiring at a moment like this? To find out, I spoke to three people doing it and discovered that it can be trickier than I had imagined as well as stranger and more exhausting.

“We haven’t had a breather,” says Helen Field-Andrews, UK head of human resources at Hermes, the parcel delivery company that is hiring more than 10,500 people between now and October to cope with the record volumes of online shopping stoked by the pandemic.

It is one of the company’s biggest recruitment drives ever, says Ms Field-Andrews, adding hiring at the moment can feel like drinking from a fire hydrant.

More than 7,000 people applied for 160 customer service jobs that Hermes advertised recently and the standard of applications was noticeably high.

“You would normally interview three or four people for one hire,” she said, and only one of them would be suitable. But this time almost all were suitable.

A lot came from travel or hospitality companies that have been hardest hit in the pandemic.

It has been a different story at Vodafone UK. The telecoms group has been advertising for people in sectors that have suffered less, such as technology.

“We’re not inundated,” said Clare Corkish, UK HR director. In fact the company has had to take extra steps to assure people in secure jobs elsewhere that despite the uncertain times, it was safe to take a leap and switch jobs.

“That has been a challenge we’ve had to acknowledge,” she said. On top of that, new recruits are joining in a most peculiar way: because so many staff are working from home, they have yet to meet colleagues in the flesh or visit their new office.

Hiring people without ever meeting them in person has also been a new experience for Simon Holden, chief operating officer at CityFibre, the broadband fibre network group that plans to create up to 10,000 jobs over the next three years.

“Actually, it’s working out just fine so far,” he told me. Things could change in future, he added, but the experience had led him to think about the value of face-to-face meetings.

“I think people are thinking differently about what work looks like,” he said. I am sure that is true and I welcome it. But the world of work will be far better when there is more of it to think about.

Sun Jul 26 , 2020
The Treasury is in talks with the UK’s largest banks about an industry-wide plan to help tackle the tens of billions of pounds of bad debts expected under the government’s light-touch coronavirus “bounce back” loans scheme. More than 1m of the UK’s smallest companies have borrowed £33bn in just two […] 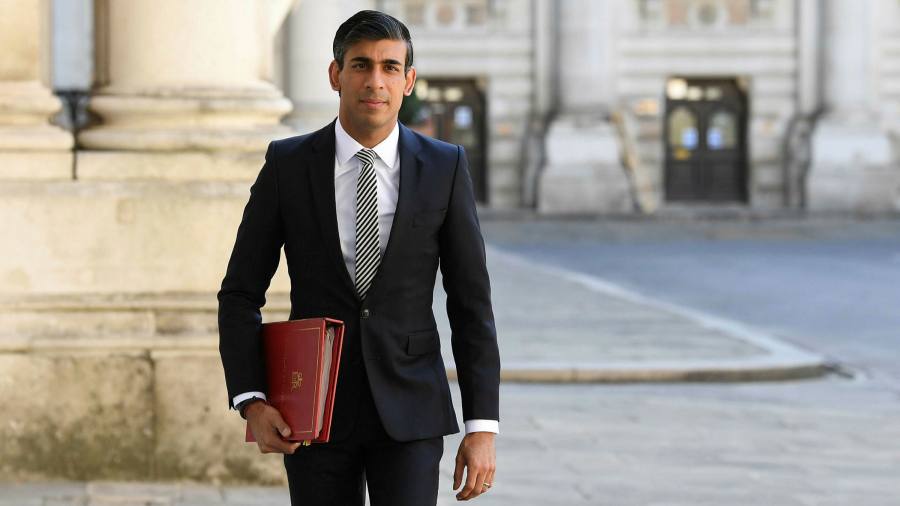