HM Revenue & Customs is set to be handed new powers allowing it to force financial institutions to pass on information about people’s assets without a court order or the individual’s approval.

Banks, investment advisers, fund managers, credit unions, insurance companies and credit card issuers will be required to divulge information about their customers if served with a “financial institution notice” by HMRC, under measures contained in the next finance bill.

Currently HMRC can only ask a third party to provide information about an individual’s financial affairs if the person agrees or the tax tribunal approves the request.

The government wants to introduce the measures, which could be in force next year, to make it quicker and easier for HMRC to share information with foreign tax authorities, as part of a global effort to crack down on evasion and tax avoidance.

But the move has alarmed tax experts and the finance industry, who warn the plans will lead to an increase in requests by the tax authority.

“The tax tribunal [is] a crucial safeguard to ensure proper scrutiny and not unfettered access to personal financial matters,” said Hayley Ives, director of tax resolutions at Crowe, an advisory firm. “It is therefore a worrying development that HMRC might opt to bypass this system . . . in some instances, without the taxpayer knowing.”

If HMRC overstepped the mark, the taxpayer would be reliant on the financial institution arguing on their behalf that the information was not reasonably required, Ms Ives said.

The Chartered Institute of Taxation said it was “concerned about the loss of independent tribunal oversight, particularly in cases which involve requests for information about UK taxpayers”.

Similar concerns were voiced by UK Finance, the financial services trade body, which said the measures signified a “watering down [of] safeguards”.

HMRC said it was important for it to be able to obtain the information needed to tackle tax evasion and avoidance “in an appropriate and effective way”.

“The new notice will contain numerous safeguards for taxpayers, in line with practice in all other G20 countries, and the power can only be used in specific circumstances where the information is reasonably required for the purposes of checking a taxpayer’s tax position,” the tax authority said.

If the finance bill is passed in its current form, the new measures will allow HMRC to issue notices to financial institutions for the purposes of checking individuals’ assets or the collection of tax debts.

The wide range of data which could be requested has caused some to worry that HMRC may use the notices to fish for information about people who had done nothing wrong or made innocent mistakes. In recent years, the Lords Economics Affairs Committee has criticised the Treasury for eroding taxpayer protections by giving HMRC too many powers.

“We would support the general principle that everyone should pay the tax that is due and HMRC should have the powers to collect the tax that is owed. But it needs to be done in a balanced and proportionate way, including for taxpayers who are unrepresented [by advisers] and make innocent mistakes,” said Tom Henderson, technical officer at the Low Incomes Tax Reform Group. “You could make the argument that these changes swing the pendulum too far in favour of HMRC’s powers.”

Sarah Saunders, personal tax manager at RSM, an accountancy firm, added: “If the Revenue becomes too powerful people will just resent them so much and start not obeying.”

However, others said the new measures were proportionate. “The UK is the only G20 country that requires the approval of a tribunal, or the consent of the taxpayer, before a third party notice can be issued,” said Jake Landman, legal director at law firm Pinsent Mason. “Looking at things from that perspective, changes to the notice rules are arguably justified.”

The UK’s constitution is not working

Sat Sep 19 , 2020
The writer is an FT contributing editor Despite all the political excitement and drama of the past five years, the UK has not so far had a constitutional crisis. Every fundamental tension between the elements of the British state has somehow been resolved rather than hardened into a contradiction. But […] 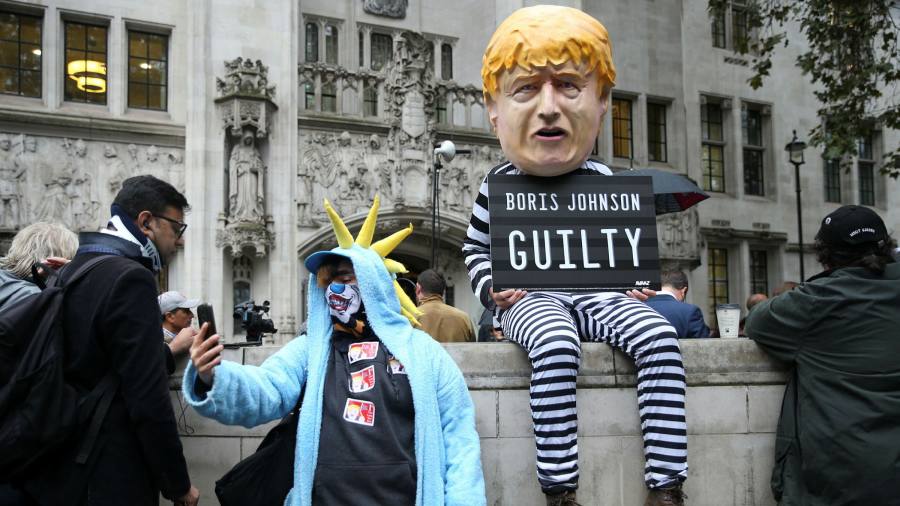