Consumers increased spending on improving their homes and stockpiling goods in September in preparation for a tightening of restrictions, providing a boost for retailers.

Sales in the UK rose 5.6 per cent last month compared with the same period a year ago, according to data from the British Retail Consortium and the consultancy KPMG. That was above the six-month average decline of 1.1 per cent and the best annual growth rate of any month since December 2009, it found.

“September saw a big improvement in retail sales growth,” said Helen Dickinson, chief executive at the BRC, whose survey covers about 60 per cent of the industry.

“With office workers still at home for the foreseeable future, the sales of electronics, household goods and home office products have remained high,” she added. In contrast, more time spent at home and the cancellation of public events “have continued to hold back clothing and footwear”.

The growth in overall retail sales does not mean that high-street retailers are out of the woods, as the shift toward online sales prompted by the lockdown continued.

Retail sales were the first of the main economic indicators to rise above last year’s level back in July as consumers spent money on food and drink rather than visiting restaurants and pubs.

The BRC findings chime with a 2 per cent annual growth in consumer spending in September, according to Barclaycard data also published on Tuesday.

The payments company’s data tracks nearly half of the country’s spending on credit and debt cards. It was the largest increase since February, before a national lockdown began.

Barclaycard said spending on home improvement was up 26 per cent compared with September last year, and furniture increased 28 per cent, as Britons spend more time at home.

“We saw households preparing to spend more time inside as winter draws closer, with home improvement increasing as a result,” said Raheel Ahmed, head of consumer products at Barclaycard.

Many Britons “are still cautious about the upcoming winter months, and the subsequent uncertainty it may bring has caused some to start stockpiling once more”.

Spending on supermarkets rose 15 per cent in that period while spending on takeaways and fast food rose 26 per cent.

Spending on restaurants, travel and hospitality remained depressed. Purchases in the travel sector declined 63 per cent in September compared with the same month last year, worse than the 61 per cent fall in August.

Tue Oct 13 , 2020
The European chemicals industry is facing a ‘double whammy’ from the threat of a hard Brexit and newly divergent rules between the EU and UK, the heads of chemical industry associations from both sides of the Channel have warned. Speaking ahead of the publication of a new EU Chemicals Strategy, […] 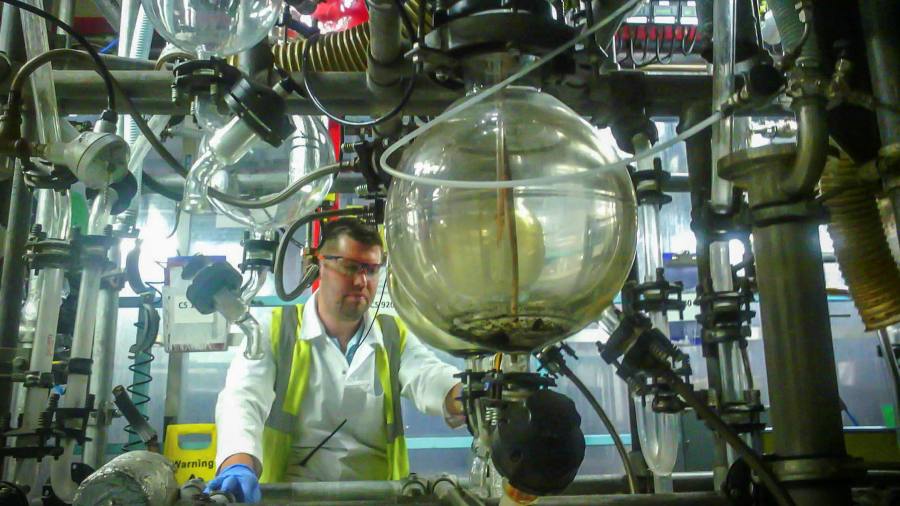