While the adjusted IHS Markit headline Hong Kong Purchasing Manager’s Index (PMI) edged up to 36.9 in April from 34.9 in March, it still signalled one of the sharpest deteriorations of private sector conditions in the city since July 1998, when the survey began.

The 50-mark separates growth from contraction on a monthly basis.

Hong Kong’s small, open economy, which was already in recession, has been hit from all sides by the health crisis, particularly in the retail and tourism sectors. The Hong Kong Retail Management Association (HKRMA) said last month about 25% of retail stores in the city were expected to close by end of the year despite fresh government relief measures against the fallout from the coronavirus pandemic.

Global restrictions implemented to contain the pandemic continued to impact the bustling port city as demand remained weak while China’s factories are gradually returning to work, growth is still well below usual levels and new orders from the mainland remain close to the record low seen in previous months.

With orders drying up, companies continued to cut back production, though the rate of decline eased in April with survey’s output gauge ticking up to 30.5 from 26.0 in March.

New orders also showed another severe contraction despite the sub-index edging up to 26.8 from 23.3 seen in March.

Wed May 6 , 2020
FILE PHOTO: Commuters make their way into work in the morning in the financial district of Dublin, Ireland October 18, 2018. REUTERS/Clodagh Kilcoyne DUBLIN (Reuters) – Activity in Ireland’s services sector collapsed to a historic low in April, with a survey showing activity at less than half the previous lowest […] 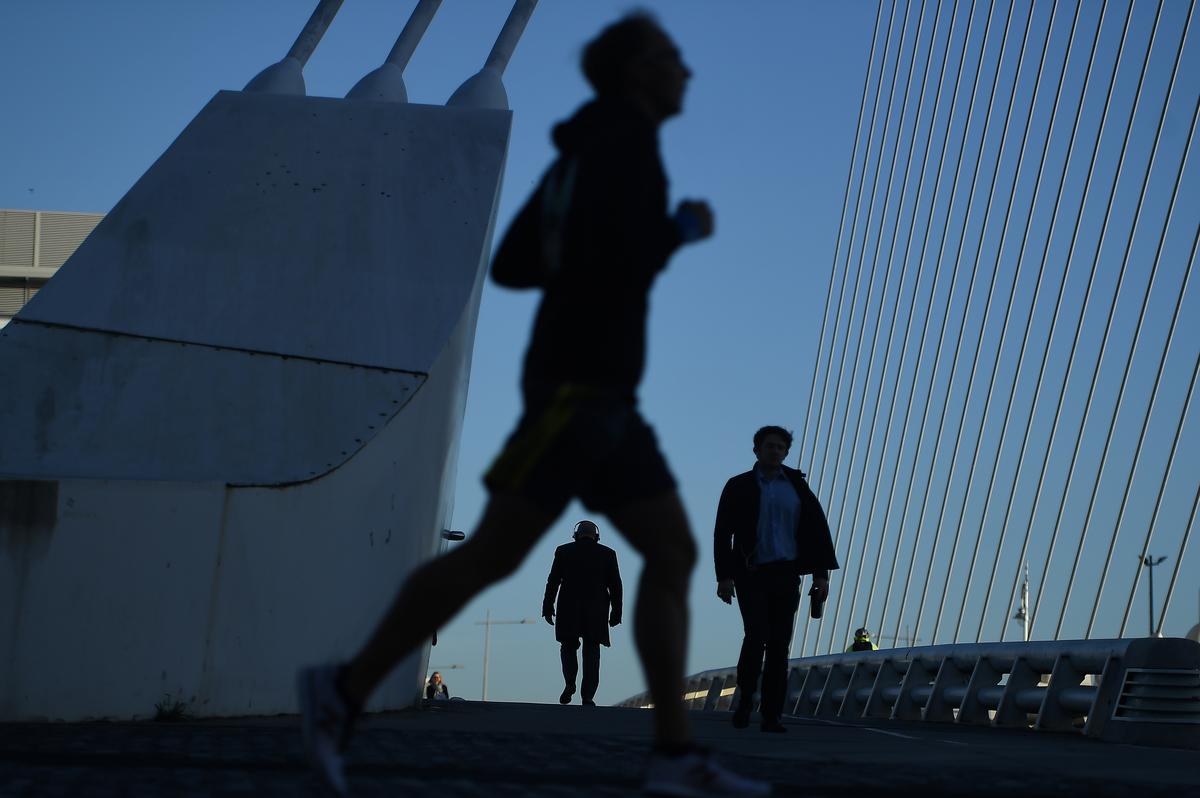