Britain’s biggest hospitality groups have issued a fresh plea for government aid and warned that more than half a million job losses will emerge across the sector within weeks unless it materialises.

Sky News has seen a letter sent this week to Paul Scully, the business minister, in which industry bosses called for extended tax cuts and a beefed-up grant scheme to cover operating costs in regions of the UK where local or nationwide lockdowns have been implemented.

The letter – from the chief executives of UK Hospitality, the British Beer & Pub Association and British Institute of Innkeeping – was sent as data was published showing that new curfew restrictions on pubs, bars and restaurants sent sales plunging by nearly a quarter during the last week of September, according to the Coffer Peach Business Tracker.

The three trade bodies urged Mr Scully to help secure an amendment to the terms of the Treasury’s new Jobs Support Scheme by increasing the level of state subsidy.

“Without this change we anticipate almost no hospitality business being able to use the scheme while the current restrictions are in force,” the letter said.

“The hospitality jobs at risk are only unviable in the short term because of the severe trading restrictions in place and these jobs will return once restrictions are eased, as demonstrated over the summer.”

This week, the pub groups Young’s and Fullers have signalled plans to cut 1000 jobs between them, with many more expected to follow as the Coronavirus Job Retention Scheme closes this month.

The trio also asked for an extension to the business rates holiday for companies subject to COVID-19 restrictions, as well as an extended VAT cut and urgent talks about how to deal with the rising debt mountain being accrued by hospitality businesses in the form of unpaid rent.

“This will be particularly critical to the recovery of city centre businesses, which have been so badly hit by the COVID crisis and have suffered the slowest recovery,” they wrote in relation to the business rates request.

“Confirming an extension of the holiday would underpin investment through the winter.”

In the letter to Mr Scully, the industry chiefs also said the current grant system offering up to £500-per-week did “not reflect in any way the ‘real life’ operating costs of running a hospitality business”.

They added that the impact of the pandemic on the sector was “being felt right the way through the supply chain”.

“Business failures at an operational level will have a far more widespread social and economic impact, particularly affecting the profitability and viability of many brewers.

“We would therefore also ask that consideration be given to measures to build confidence and resilience here through a cut in beer duty.”

Fri Oct 2 , 2020
The writer, a Harvard senior fellow, advises the UK Department of Health and Social Care This summer, when parents like me were fretting over our children’s pending A-level results, almost half a million kids doing technical qualifications were suddenly left in limbo when their results were postponed. Their suffering barely […] 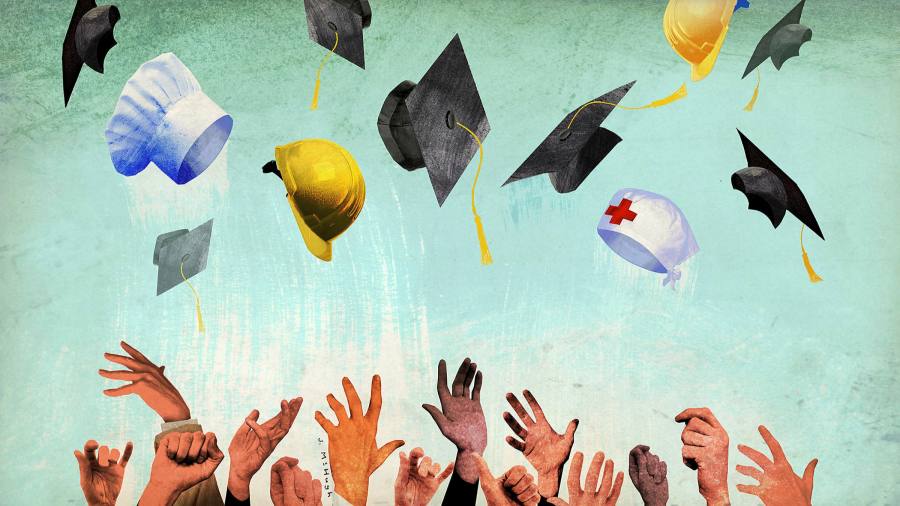