UK house prices saw their biggest rise in 11 years this month as the property market bounced back quicker than expected with the easing of lockdown restrictions.

However, economists have cautioned reading too much into the increase in terms of the economic recovery, warning it may prove “a false dawn” as the fallout of the coronavirus pandemic makes itself felt on jobs and temporary support measures end.

Prices were up 1.7% in July, according to a closely watched survey – the largest monthly hike since August 2009, when the market was recovering from the financial crisis.

The mortgage lender said it expected price gains to continue in the short term, helped by a temporary cut in stamp duty, which Chancellor Rishi Sunak announced to help what he saw as an ailing market.

Nationwide’s chief economist Robert Gardner said: “The bounce back in prices reflects the unexpectedly rapid recovery in housing market activity since the easing of lockdown restrictions.”

But he also said the pandemic itself might be influencing people’s behaviour.

In May, a survey by the building society showed that around 15% of people were thinking of moving as a result lifestyle changes caused by the COVID-19 crisis.

But Mr Gardner warned homeowners not to assume the market had recovered based on one month’s results.

He said: “There is a risk this proves to be something of a false dawn.

“Most forecasters expect labour market conditions to weaken significantly in the quarters ahead as a result of the after-effects of the pandemic and as government support schemes wind down.

“If this comes to pass, it would likely dampen housing activity once again in the quarters ahead.”

Guy Harrington, the chief executive of property lender Glenhawk, said: “The UK housing market is in a honeymoon phase: post-lockdown, with sentiment boosted as both banks remain desperate to lend and by Government stamp duty and Help to Buy proposals.

“The reality is very different.

“The UK is staring down the barrel of a period of unprecedented pain, underpinned by mass unemployment as the furlough scheme ends and a likely second spike, which will hit consumer confidence in unimaginable ways and undo all the gains seen in recent months.

Fri Jul 31 , 2020
UK ministers have been warned that hundreds of thousands of jobs are at risk after the furlough scheme that helped pay the wages of more than 9m workers during the coronavirus lockdown begins to wind down, even as parts of England face new lockdown restrictions. The easing of the government’s […] 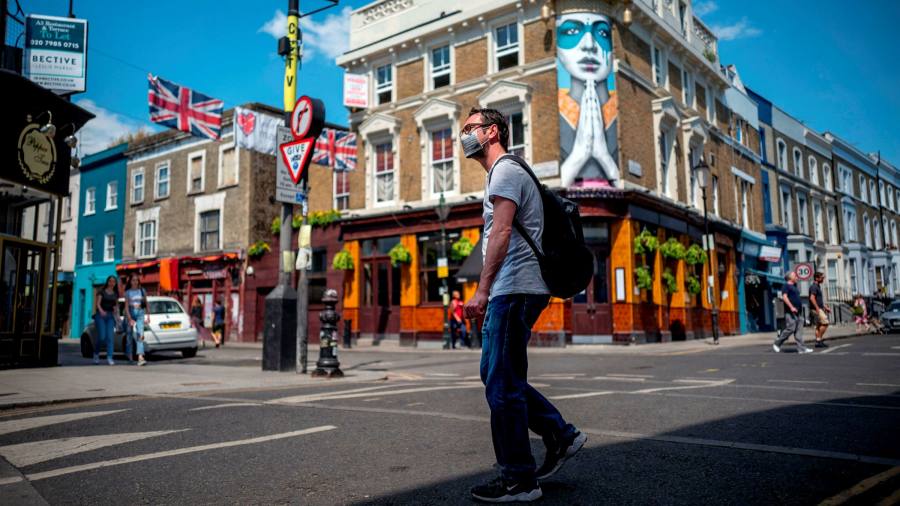