When Rishi Sunak, Britain’s chancellor, stood up to deliver his first budget in March he promised “change in our economy, change in our public services, change in the cost of living, change in our economic geography”. The coronavirus that has since spread throughout the UK will, no doubt, alter all those facets of British life. As he formulates policy to support the recovery, Mr Sunak has a chance to ensure that the damage it does is kept to the minimum and the opportunities it presents for positive change are seized.

So far Mr Sunak has had a good crisis. The chancellor remains the most popular minister in a government that has lost public support over its handling of the coronavirus. While it is easy to be liked when you spend money, the chancellor deserves genuine credit for how quickly the Treasury has ditched previous orthodoxies and instituted grants for small businesses and, from a standing start, developed a system of wage subsidies to contain a rise in unemployment. The co-ordinated action between the Bank of England and the Treasury has also marked out the macroeconomic response to the pandemic from the disjointed response to the public health emergency.

Mr Sunak must use his forthcoming fiscal statement scheduled for late June or early July to spend even more. The decision to cautiously moderate the lockdown to get the economy going again is the right one and an active debate is taking place in Whitehall over how to kick-start this process. Boris Johnson, prime minister, is pushing for early spending and tax cuts to revive the economy while the Treasury wants a smaller package of infrastructure announcements before a full Budget in the autumn.

The chancellor’s priority should still be to avoid long-term scarring from the crisis and a reduction in the UK economy’s potential growth rate. It is too soon to assume the damage is permanent and austerity is needed to bring any “structural deficit” into balance. Forecasts of a permanent loss of output could become a self-fulfilling prophecy if they lead to cutbacks being imposed. The potential costs of doing too much — inflationary pressure and fiscal sustainability — are far smaller than the risks from doing too little.

Many households have spent the crisis building up buffers of savings: the British public has paid off debt at a record rate, according to Bank of England figures published last week. But there is no guarantee that nervous consumers will actually start spending. When it is safe to reopen, businesses need to be sure the demand will be there so that demand and supply grow in tandem. The timing of a package of tax cuts and spending will be essential.

Britain needs a fiscal policy that encourages economic restructuring, helps put people back to work and shifts them into new jobs where appropriate. Cutting the “tax wedge” on labour, by temporarily reducing national insurance contributions, and encouraging employment will help. Productivity improvements within companies can be encouraged by improving the tax treatment for capital spending. Spending on infrastructure should be accelerated. The fiscal statement is an opportunity to heed calls from almost 200 business leaders to support Britain’s transition to net zero carbon emissions.

Overall, Mr Sunak needs to show flexibility. Depending on the progress in eliminating the virus, this may only be the first of a set of spending announcements he will need to make over the coming months. How he handles that challenge will determine whether Britain’s government can change its economy for the better.

Sun Jun 7 , 2020
Only a fool would put a probability on whether the EU and the UK will agree a trade deal. What we do know is that there is, and has been for a while, a non-trivial possibility that the UK will not strike a trade deal before the end of this […] 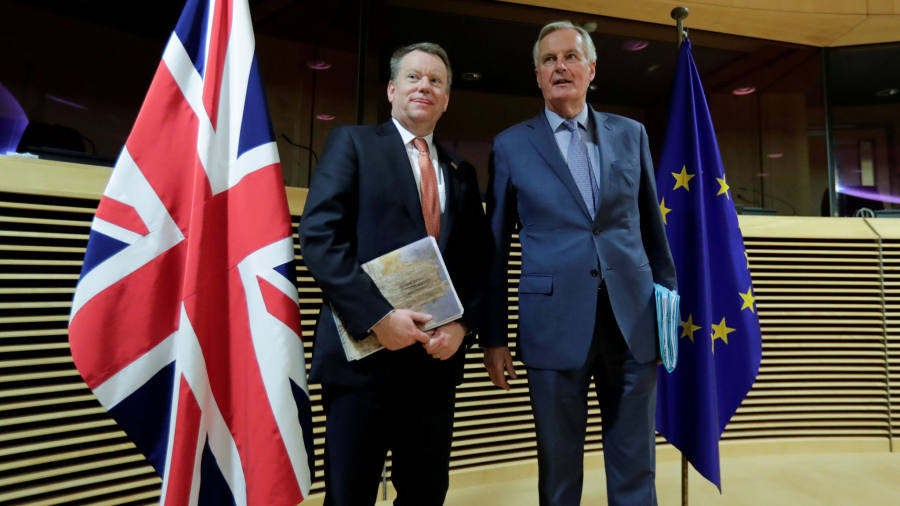