“A heady mix of politics, kerosene and cocktails.” That is how one aerospace veteran describes the industry’s summer trade fair at Farnborough, in the south-east of England, where every two years the global industry gathers to strike billion dollar deals on civil and military aircraft. Only this year, there was no kerosene, no cocktails and no deals.

For the first time in Farnborough air show’s 72-year history, the skies over Hampshire’s most famous airfield were silent after the event was cancelled in March because of the constraints imposed by coronavirus.

Instead of a display of the latest fast jets and commercial aircraft, the show was replaced by five days of pre-recorded webinars and presentations and rebranded Farnborough Connect.

It is believed to be the first global air show to be carried out entirely online, and the first in Farnborough’s recent history where Airbus and Boeing, who together dominate the commercial aerospace market, could not play the tit-for-tat game of “our orders are bigger than yours”.

Given the unprecedented downturn in aviation owing to the pandemic, it is unlikely that any orders would have been secured this year in any case. Airlines, which have seen passenger numbers collapse, are scaling fleets back so radically that the industry estimates the market for aircraft could be 30-50 per cent smaller for the next few years.

Yet, even without the excitement of billions of dollars in orders being placed after all-night negotiating sessions, and minus the networking in chalets supplied with nonstop canapés and open bars, many who attended the virtual air show were full of praise for the event.

It drew in close to 14,000 registered viewers — more than half the number of visitors on Farnborough’s single busiest day in 2018 — and 140 exhibitors from 97 countries. In total, some 250 senior executives, academics and experts appeared on roughly 96 panels.

“We’ve actually been pleased with the early results,” said an executive from one of the world’s biggest aerospace suppliers. Not only had there been a strong turnout, the event had also provided “the opportunity to reach customers who might not have travelled to a live air show in previous years”.

Hexcel, supplier of advanced composite materials to the commercial aerospace industry, said months of lockdown had paved the way for a virtual air show that had not been “as strange or inconvenient as one would think”. Networking had still been possible, thanks to the show’s “Meet the Buyer” sessions where companies could advertise their wares to potential customers.

Nick Baldock, regional director at the Michigan-based aerospace supplier Aerovision International, said air shows were important venues for drumming up new business for small companies such as Aerovision. “All the other events I normally attend have been postponed until next year. This is the first that made the most of what has gone on in this pandemic and brought everybody together. I think it is an outstanding performance.”

Boeing also welcomed the “meaningful engagement . . . Having this forum has been useful to listen, learn and collaborate with our industry partners on topics like sustainability among others”, said Chris Raymond, vice-president, sustainability, strategy and corporate development.

The apparent success of Farnborough Connect now raises the question of whether there is a future for physical air shows at a time when many in the industry are struggling to survive through one of the worst downturns in aviation history.

Farnborough International (FIL), the company that runs the show, is under pressure to contain costs after investing more than £30m in a new exhibition hall. Over the two year cycle leading up to the last air show in 2018, Farnborough International recorded a cumulative pre-tax loss of just over £45,000 despite higher revenues. Losses are expected to be even greater over this two-year cycle.

There is a love-hate relationship with air shows in the industry. It is a hell of a lot of work and expense

The costs of a virtual show are a fraction of the more than £20m that is invested in building a physical event from scratch every two years.

For exhibitors too, air shows are expensive. Even before Covid-19 struck, some of the biggest had begun to limit trade show spending. For instance, BAE Systems several years ago stopped exhibiting at the Paris Air Show, which alternates with Farnborough. Moreover, a number of companies are incensed by FIL’s decision not to reimburse them in full for down payments made in better times to reserve space in an air show that never happened.

“There is a love-hate relationship with air shows in the industry,” said one Boeing executive. While they are formidable marketing tools, “it is a hell of a lot of work and expense”. Bringing one passenger jet to a show could cost up to $1m, he said. “A military jet can cost as much as $2m-£3m.”

“You may find that big trade shows like Farnborough will happen less frequently,” said Warren East, chief executive of Rolls-Royce, the aero-engine maker.

But for most executives, even the sceptics, online air shows are still a poor replacement for the real thing.

“I was always jaundiced in my view of air shows because they are eye-wateringly expensive,” said Tom Williams, former chief operating officer of Airbus. “However, they do serve as a rendezvous point to close important deals . . . You have all the movers and shakers in one little patch in just a few square kilometres.”

“Air shows are a gathering of the big and powerful in a big and powerful industry,” said a veteran aerospace executive. “They are the Ascot of aviation, where people place billion dollar bets. Perhaps this has shown that the more prosaic stuff can be done online. But you will still want a lightning rod to get these deals over the line.”

Gareth Rogers, FIL chief executive, said this week’s virtual air show has brought new ideas to enhance a trade event that few in industry appear ready to give up. It could even provide new revenue streams that would put Farnborough “at the centre of the conversation in industry”, he said.

But will the online experience ever beat the thrill as a jet roars past the crowd on a warm summer’s day? “Not as long as there are planes flying in the sky,” said Mr Rogers.

Sat Jul 25 , 2020
Airline and holiday company Tui has suspended all flights from Spain and the Canary Islands scheduled to leave on Sunday. Andrew Flintham, managing director of Tui UK and Ireland, made the announcement on Saturday evening just hours before new rules came into force for UK travellers. It comes after the […] 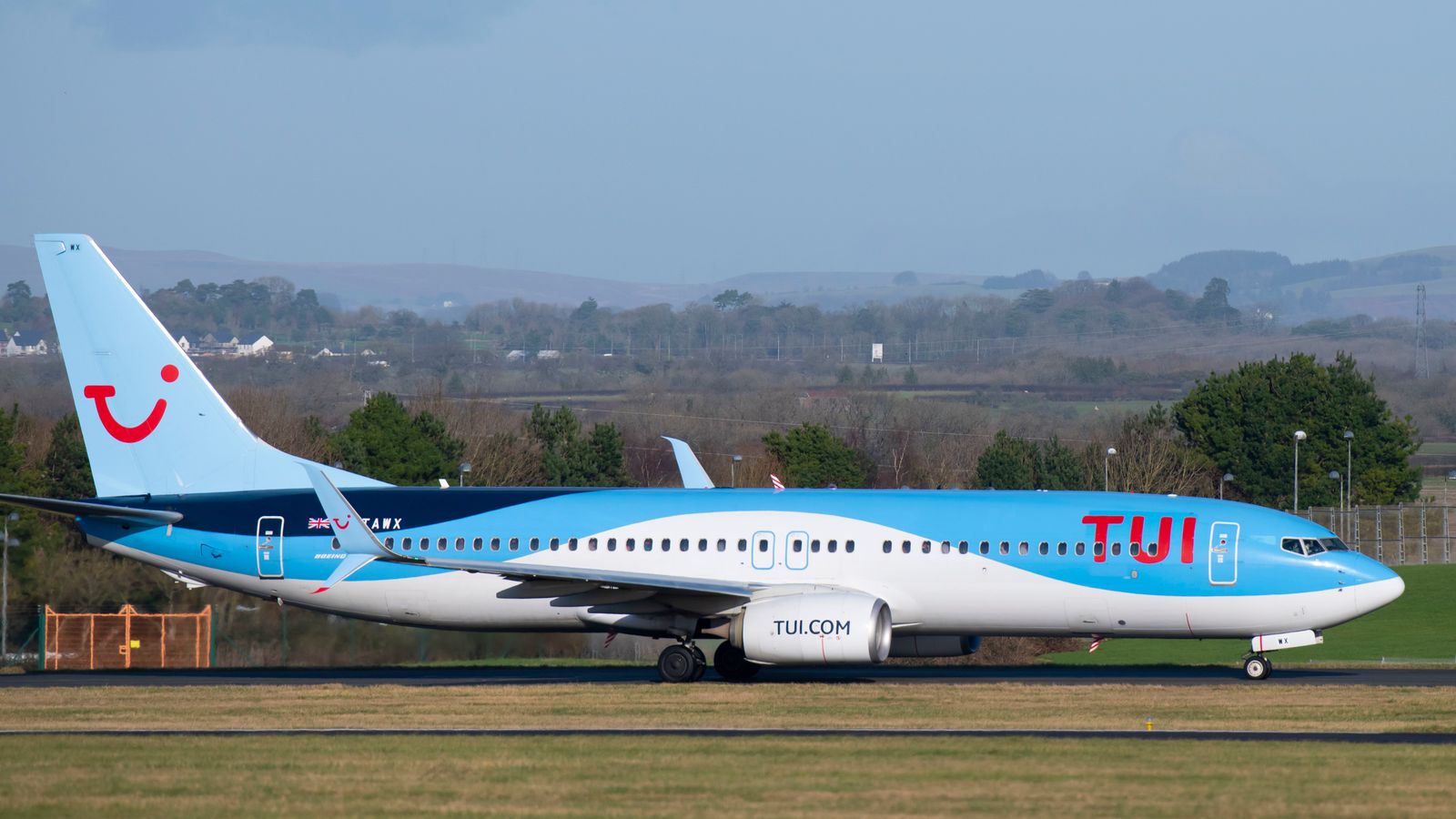