NEW YORK/LONDON (Reuters) – Restaurants devoted mainly to quick bites and drinks are reconfiguring their businesses to limit traffic in tight quarters and maintain coronavirus social distancing. FILE PHOTO: Social distancing signs are seen in a Greggs store that reopened in Newcastle, following the outbreak of the coronavirus disease (COVID-19), […]

FILE PHOTO: Social distancing signs are seen in a Greggs store that reopened in Newcastle, following the outbreak of the coronavirus disease (COVID-19), Newcastle, Britain, May 27, 2020. REUTERS/Lee Smith

At Peet’s Coffee, the U.S. chain owned by JDE Peet’s JDEP.AS, 191 of the 250 company-operated stores had reopened as of Thursday. But customers aren’t allowed inside.

“We moved all of the tables to the front of the store, blocking the entrance,” said Mary Dusenbury, senior director of retail marketing at Peet’s. Registers and chip readers were also moved to the front, so customers can perform their own credit-card transactions, with chip pads wiped down after each guest. In Britain, where Greggs has been testing reopenings at 20 locations, only one adult customer may enter at a time. The menu features fewer salads, and only credit cards and other non-cash payments are accepted.

The chains aim to keep at least six feet of space both between staffers working behind the counter and between customers lining up at the door.

But it is not clear that customers will be prepared to wait in long socially distanced queues outside, even to get one of Greggs’ popular vegan sausage rolls, which had helped fuel an 80% rise in Gregg’s share price before the crisis hit.

Companies’ profit margins will be squeezed this year by extra costs for employee hazard pay, cleaning and protective gear, as well as lower sales.

That could lead restaurants to raise some menu prices, said Alex Susskind, a professor at the School of Hotel Administration at Cornell University.

However, with restaurants having already hiked menu prices over the last few years and cash-strapped consumers likely unable to pay more, “passing along price increases is going to be very difficult,” said David Portalatin, a food analyst at The NPD Group.

To keep customers from lingering, chains are encouraging using cell phone apps to order and pay or opting for drive-thru or delivery.

In China, delivery and mobile ordering at Starbucks made up 15% or all orders in January when the crisis was spreading. Mobile orders peaked at 80% in February but remained at 27% in late March, according to a McKinsey & Co report on May 19.

More than 98% of Starbucks locations are open in China, and more than 90% of its company-owned U.S. locations are expected to be open by early June under modified operations and hours.

There are signs the new strategies are working.

Starbucks in late May said it had regained nearly two-thirds of its comparable U.S. stores sales from the prior year, and in China it said comparable-store sales reached about 80% of the prior year levels. The U.S. and China are the company’s two largest markets.

Greggs has begun to test delivery through Just Eat (TKWY.AS) and pickup through Click & Collect. But analysts are skeptical.

Most of its outlets are tiny, making it a challenge to keep staff and customers far enough apart. Selling in the high volumes Greggs needs to make its model work could also prove difficult.

“Queueing at 2 meters distance outside the store is going to lose its novelty very quickly for even the biggest sausage roll addict,” said Peel Hunt analyst Jonathan Pritchard.

Reporting by Hilary Russ in New York and James Davey in London; Editing by Leslie Adler

Mon Jun 1 , 2020
The Business Secretary has told Sky News a range of exemptions have already been made to help firms as opposition mounts over the government’s planned 14-day quarantine for arrivals into the UK. Alok Sharma said public health had to be the priority as the controversial measure prepares to kick in […] 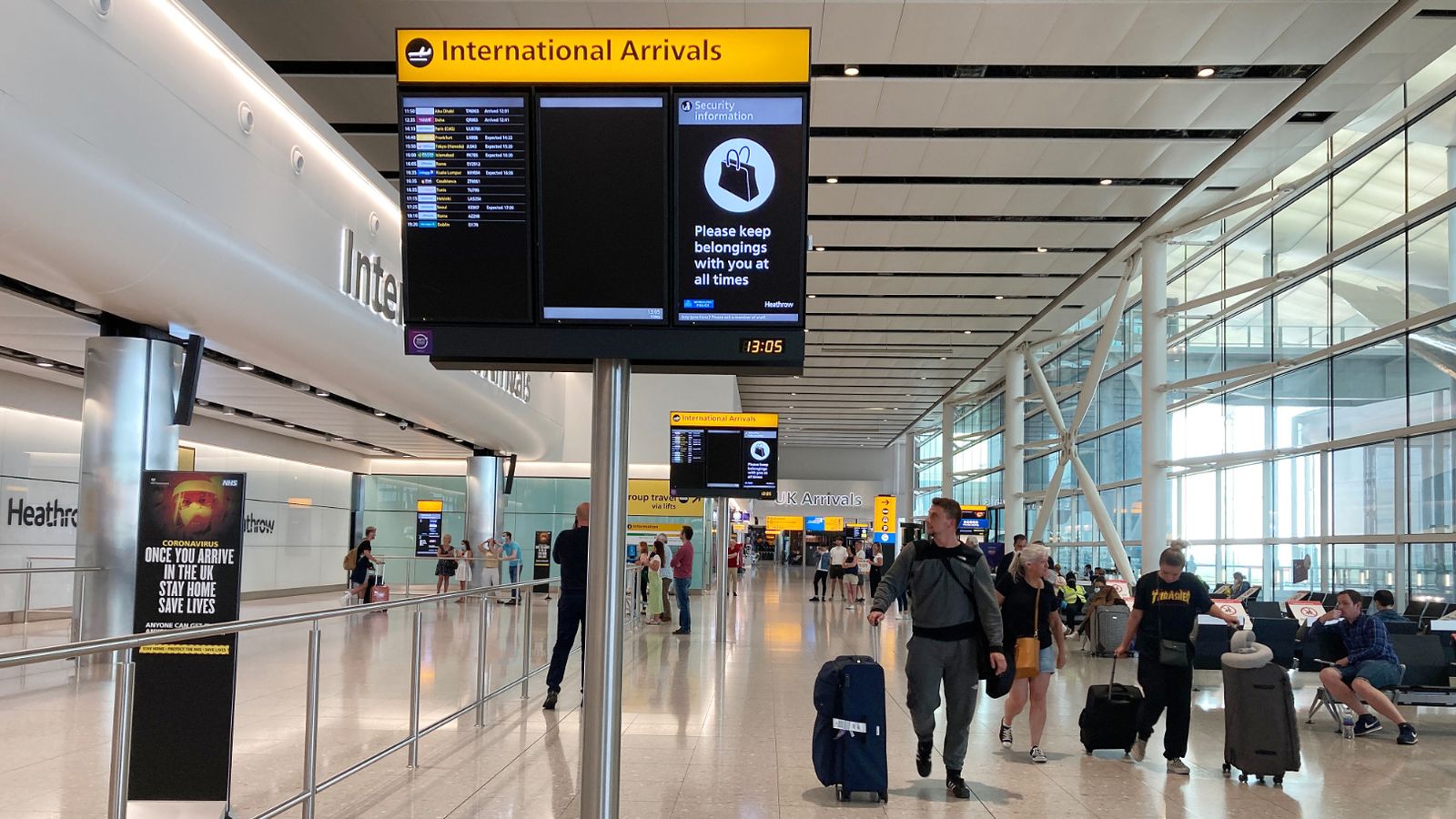