LONDON/HONG KONG (Reuters) – HSBC (HSBA.L) has cut a number of top management roles in its investment bank, memos seen by Reuters showed, a sign that Chief Executive Noel Quinn is pressing on with plans to shake up the group despite having put a wider job cut programme on hold.

CEO Quinn last month announced a temporary halt to plans for 35,000 redundancies across the bank because of the impact of the coronavirus pandemic.

Quinn, who took on the permanent CEO role in March after a lengthy audition process during which Chairman Mark Tucker courted several external candidates, faces a nightmarish task to steer Europe’s biggest bank through the crisis.

HSBC’s twin homes of Britain and China have been particularly hard hit by the pandemic, while cuts to central bank interest rates worldwide will curb the bank’s already pressured profits and it faces a shareholder revolt in Hong Kong over dividend halts.

The new strategy for the bank that Quinn announced in February already needs overhauling, as the lender tries to adapt to the crashing global economy.

As a result, Asia-Pacific head of GBM Gordon French will take a six-month sabbatical from the bank, while the Americas head Andre Brandao will stay on until the end of the year before a further announcement is made.

In Europe, GBM head Thierry Roland will step down from that role to take charge of a unit focused on asset disposals, as HSBC seeks to shrink its balance sheet.

A spokesman for the bank confirmed the contents of the memos.

WORST OF ALL WORLDS

GBM chief operating officer Andre Cronje will leave the bank as part of the reorganisation, a separate memo seen by Reuters said, and his role will not be replaced.

The bank is combining support functions for the Global Banking and Commercial Banking businesses into a single “back office” unit, the memo said.

HSBC will be the first major British bank to reveal the early impact of the crisis on its business, when it reports earnings for the January-March period on April 28.

Early indications are that the bank will follow the lead of U.S. peers that earlier this month reported a sharp rise in provisions against bad loans, as lockdown measures worldwide choke economic activity.

HSBC is, for example, among creditors to Singapore oil trader Hin Leong Trading (Pte) Ltd, which is struggling to repay debts following a collapse in the oil price, Reuters reported on April 16.

Investors said Quinn, who along with other HSBC bosses is donating some of his salary to coronavirus-related charities, faces a battle to implement his cost-cutting plans for the bank amid public pressure to support workers at big companies.

“Not only is Quinn not going to be paid for this job, he’s not actually going to be able to implement his strategy as he intended,” said Richard Buxton, head of UK equities at Merian Global Investors.

“It’s the worst of all worlds in a way. You have declared what you’re going to do but you cannot execute it.”

Reporting By Lawrence White and Sinead Cruise in London, and Sumeet Chatterjee in Hong Kong. Editing by Jane Merriman

UK braced for lengthy recession due to virus fear factor

Mon Apr 20 , 2020
The Bank of England and the Treasury are braced for a prolonged UK economic slump after the coronavirus lockdown restrictions are lifted, amid fears swaths of the population will be reluctant to ramp up spending or go back to work. Ben Broadbent, deputy BoE governor, said on Monday that a […] 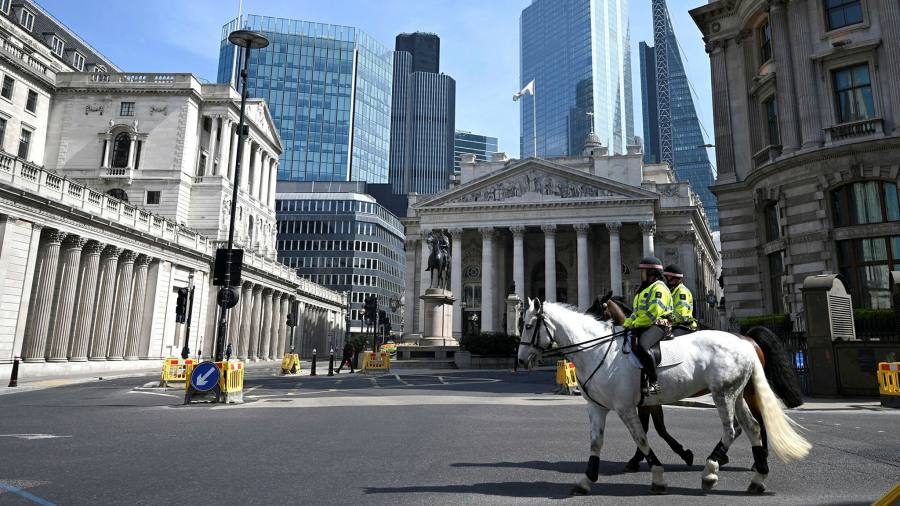