A freeze in Britain’s trading relationship with China triggered by banning the telecoms equipment manufacturer Huawei would depress UK GDP and spark inflationary pressures, one of the country’s leading economic thinktanks will say this week.

Sky News has obtained copies of separate reports to be published in the coming days by the National Institute for Economic and Social Research (NIESR) and Cambridge Econometrics – which was commissioned by the China-Britain Business Council (CBBC) – which underline the trade implications of a deterioration in relations between London and Beijing.

The NIESR said an outright ban on Huawei’s involvement in 5G infrastructure “could be expected to lead to higher prices and delays in roll-out”, according to a draft document.

Details of the reports’ contents has emerged just hours before Boris Johnson is expected to announce plans to remove Huawei from any involvement in building Britain’s 5G network amid pressure from both within his own party and President Trump’s administration in Washington.

The government is also planning to review the extent of state-backed Chinese companies in the expansion of Britain’s fleet of nuclear power stations, underlining the distance that now exists between Mr Johnson’s China policy and that of David Cameron, who pledged a “golden era” for relations between the two countries.

In its report prepared for the CBBC, UK jobs dependent on links to China, Cambridge Econometrics said that the relationship directly supported more than 100,000 British jobs in sectors such as education and tourism.

It added that UK exports to China rose by about 30pc last year, reducing the size of Britain’s trade deficit with the world’s most populous country.

The NIESR added that direct trade with China accounted for 5.6pc of total UK trade, making it Britain’s fifth-largest trading partner, and the second-largest outside the EU.

The thinktank said that banning Huawei could lead to the imposition of substantial non-tariff barriers, sharply curtailing the flow of trade between the two countries.

This could spark inflation and lead to rises in short-term interest rates under one of the scenarios it modelled.

It could also have severe financial implications for many of the UK’s cash-strapped universities, which have already been hit by the coronavirus pandemic.

According to the NIESR, Chinese students account for roughly 5pc of the income of UK universities and colleges, while China is also the largest source of inbound tourism to the UK.

The release of the two reports will come after growing signs in recent months of deepening mistrust between British politicians and Chinese-owned companies operating in the UK.

Earlier this year, the culture secretary Oliver Dowden sought reassurance from the owner of Imagination Technologies, the chip designer, after Sky News revealed that its Beijing-funded parent was trying to take control of the company’s board.

The expected Huawei decision from Mr Johnson’s government has, however, drawn a sceptical reaction from business leaders including Philip Jansen, the BT Group chief executive, who has indicated that hawkish demands to immediately remove the Chinese company’s kit are implausible.

One leading British businessman said the reports would highlight the risks to UK jobs and sectors rendered weaker by COVID-19 if there is a protracted period of economic stalemate between the UK and China.

“There are very real consequences to this decision and it is important to set those out,” he said.

Senior Conservatives such as the former chancellor, Philip Hammond, have also expressed alarm at the recent “outbreak of anti-Chinese sentiment” in parts of the party.

“This is not a time to be wanting to weaken our trade links with the world’s second-largest economy,” he said.

Mon Jul 13 , 2020
Fashion brand Quiz has dropped one of its Leicester manufacturers following allegations of illegally low wages, amplifying concern of widespread labour abuse in the UK’s garment manufacturing industry. Quiz, the Glasgow-based fast fashion brand, on Monday said it had suspended its contract with a manufacturer found to have outsourced production […] 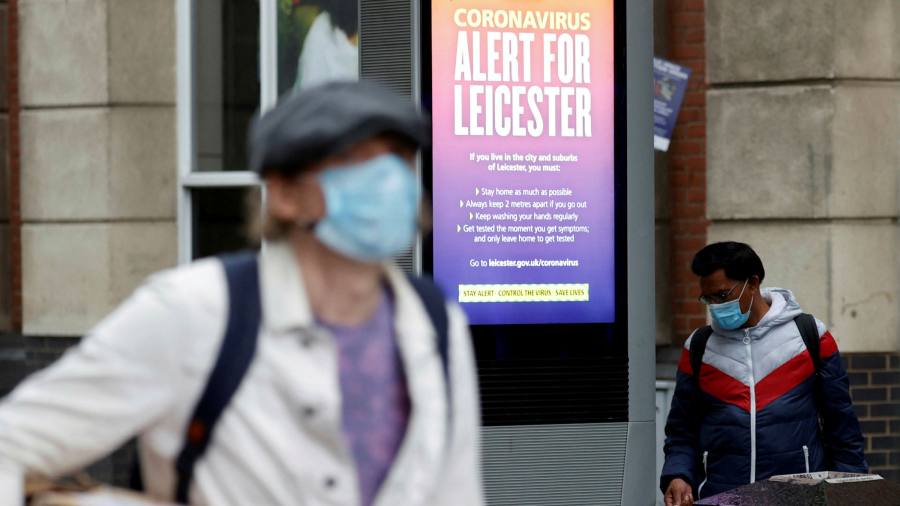