In the Welsh and Scottish mountains, a small number of hydro power stations, some of them more than half a century old, have become a first line of defence in the battle to keep electricity flowing around Britain during the coronavirus crisis. Britain’s four “pumped storage” hydro power stations, often referred […]

In the Welsh and Scottish mountains, a small number of hydro power stations, some of them more than half a century old, have become a first line of defence in the battle to keep electricity flowing around Britain during the coronavirus crisis.

The closure of businesses pushed demand for electricity down by 20 per cent on average in April and May while unusual weather meant the grid was simultaneously flooded with record solar generation and strong output from wind farms. The combination at times threatened the stability of the system, which has to be balanced on a second-by-second basis.

Developers wanting to build new pumped storage plants are hopeful the recent importance of their role in stabilising the system will bring fresh impetus to a campaign for government support, particularly as UK chancellor Rishi Sunak prepares to plough money into infrastructure projects to kick-start the economy.

“It’s big infrastructure projects that are going to be needed to get the economy stimulated again, big green infrastructure projects,” said Mark Wilson, chief executive of ILI Group, a company based in Hamilton in Scotland that wants to build three new plants of the kind with a total capacity of just under 2 gigawatts.

Pumped storage stations have reservoirs at different heights that can absorb excess electricity by using it to pump water uphill. The water is stored in the upper reservoir and released through turbines to generate electricity when there is stronger demand.

These plants are often a first port of call for National Grid, which is responsible for balancing the electricity system, as they are cheaper than alternative ways of cutting supply — for instance, paying to switch off wind farms.

Pumped hydro plants can also “store” electricity for longer than other technologies such as lithium-ion batteries, although they are not universally popular given their impact on landscapes.

French utility Engie said that since the start of April, its 1,800 megawatt Dinorwig plant in Snowdonia, north Wales, had pumped three times the energy volume during the day than it did for the whole of the period between April and September last year. Engie also owns the Ffestiniog station in Wales.

“We can absorb [across both stations] about 2,000MW over about a seven-hour period if the system needs us to do that,” said Nicola Lovett, Engie chief executive for UK and Ireland.

Ian Kinnaird, head of hydro at Drax, the FTSE 250 energy company that owns the 55-year-old Cruachan station in the Scottish Highlands, said “utilisation of the plant is definitely up on what we would normally see”.

“Typically we would see the plant used more over the winter period when demand is higher.”

Other countries such as Portugal and China have been pushing ahead with new pumped storage plants as governments and energy companies believe the decades-old technology can help keep grids stable as more intermittent renewables are constructed.

In the UK, several proposed projects of the kind are awaiting planning decisions. Developers hope they can persuade ministers to introduce a support mechanism that they say will provide the confidence to press ahead with construction.

Pumped storage plants have high upfront construction costs but developers argue they are competitive once running.

ILI’s first proposed project, on the banks of Loch Ness, is currently subject to a public planning inquiry. If the £620m scheme is approved, Mr Wilson wants the Department for Business, Energy and Industrial Strategy to introduce a “cap-and-floor” mechanism guaranteeing a minimum level of revenue once operational — similar to those used to encourage construction of subsea cables to countries such as Belgium.

FTSE 100 power company SSE is also awaiting a planning decision from the Scottish government for revised plans for Coire Glas, a proposed 1.5GW pumped storage plant in the Highlands. It already has permission for a smaller scheme at the site.

Previous calls for a support mechanism have come to nothing. But developers are hopeful that their case has improved during the recent crisis, which has provided insight into the future challenges of balancing the electricity system as the UK government encourages more renewables to meet its 2050 “net zero” emissions target.

This is because renewables, which produce electricity cheaply once built and are therefore first in the queue to meet demand, have made up a higher proportion of overall generation during the crisis than usual. In May, renewables’ share of generation peaked at a record 67 per cent.

“The cap-and-floor arrangement has been very successful at incentivising new interconnection to the UK and seems a very appropriate way to encourage new storage,” said Dave Holmes, managing director of the Quarry Battery Company, which already has planning permission for a 100MW pumped hydro station in north Wales.

BEIS said it recognised the importance of electricity storage “in helping us achieve net zero emissions”, adding: “We are currently engaging with industry stakeholders to understand further barriers to its deployment on a large scale.”

How UK consumers were dragged into the Wirecard scandal

Mon Jun 29 , 2020
Many users of banking apps powered by technology provided by Wirecard Card Solutions had never even heard of the company when its German parent collapsed last week. But shortly after Wirecard filed for insolvency on Thursday, they suddenly found their accounts had been frozen, as millions of UK consumers and […] 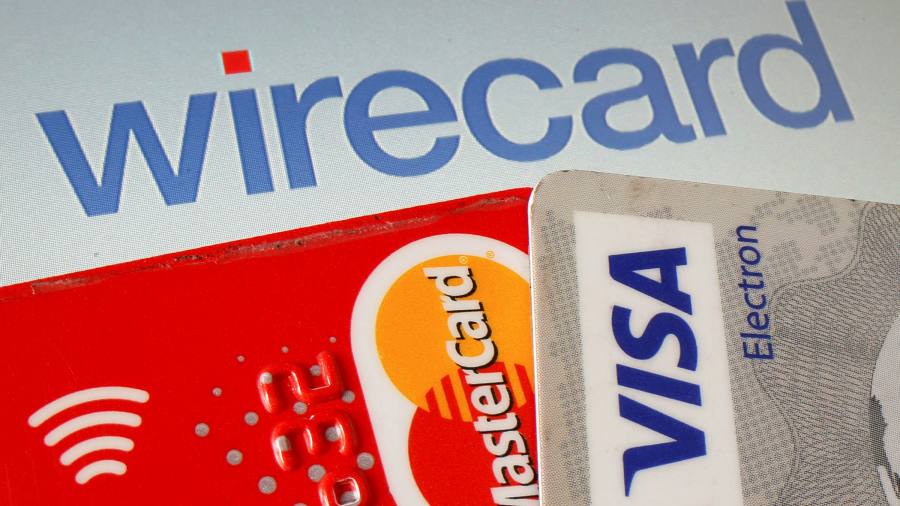